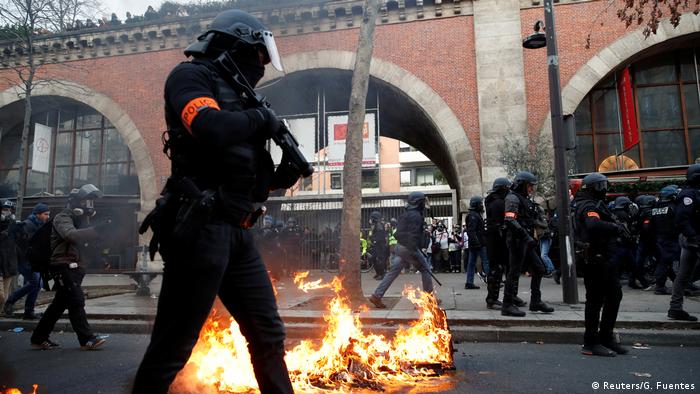 The Cabinet of French President Emmanuel Macron on Friday passed the controversial pension reform that has been at the center of seven weeks of mass protests that have paralyzed parts of the country.The new rules would take 40 different pension schemes and bring them under one umbrella, and raise the retirement age for the affected workers, many of them in the transportation sector, from 62 to 64.

A government spokeswoman said that the reform would create a "durable, solid" system that "provides for equitable intergenerational justice, protects the most vulnerable, restores trust and restores value to work."

France, like many countries in the developed world, is dealing with how to fund its relatively generous pension schemes amidst declining birth rates and fewer young workers. The new system, the government says, would reduce billions in deficits in pension funds.

The government is due to meet with labor leaders on January 30 to discuss alternative ways to fund the pension system. If there is no agreement, Macron's administration has said it will raise the retirement age to 64 by decree.

At the same time, protests against the new rules continued in the streets of Paris. The General Confederation of Labor (CGT) said that hundreds of thousands of demonstrators had joined Friday's march.

While the protests have somewhat lost momentum, with most trains and the Paris metro running again, the Eiffel Tower remained closed as employees took part in the demonstration.

Protesters have been criticized in recent days as clashes and violence have been on the rise. The government also condemned the "illegal" actions of some energy company employees who have caused power outages in residential areas and the blocking of ports and fuel facilities.

Edouard Philippe said he is ready to withdraw a proposal to raise the retirement age to 64 in a compromise with striking trade unions. The reform has triggered monthlong nationwide protests. (11.01.2020)