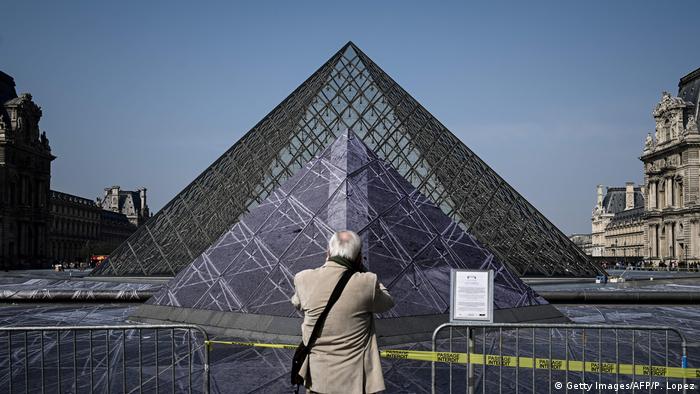 Paris' famous Louvre museum was closed on Friday as dozens of protesting staff blocked the entrance. They were joined by other workers from the city's cultural sector as nationwide strikes against a proposed overhaul of France's pension system showed no signs of stopping six weeks on.

"Mona Lisa is on strike, Leonardo is on strike,'' some of the protesters chanted. The museum is currently hosting a special exhibit on Leonardo da Vinci to mark the 500th anniversary of the artist's death.

It was the first time since the protests began on December 5th that the Louvre was fully closed. Typically, it receives about 30,000 visitors a day to its world-renowned collection.

In some videos shared on social media, would-be visitors and tourists booed at the protesters, disappointed they would be unable to explore the iconic museum.

Many other French cultural landmarks, including the Eiffel Tower and Palace of Versailles, have had to shut their doors at some point during the strikes due to staff joining the picket line.

Demonstrators are angry about reforms planned by the government of President Emmanuel Macron that would increase the retirement age for many workers, particularly in the transportation sector. Many workers from other sectors have joined the strike in solidarity with those affected.

The strike has crippled transport across France, as well as disrupting schools, hospitals, courthouses and businesses. Train travel across the country and the Paris metro continued to run a highly reduced service on Friday.

From Eiffel Tower operators to hospital doctors, the strikes have drawn French workers from major sectors of the economy. But the French could be losing their appetite for disruption as the holidays draw near. (17.12.2019)