Free tuition in Germany not attractive for all foreigners | Germany | News and in-depth reporting from Berlin and beyond | DW | 24.02.2017

Free tuition in Germany not attractive for all foreigners

A new study says Germany is an exception with its free higher education. But while free tuition brings lots of foreign students here, it’s also keeping some of them away. 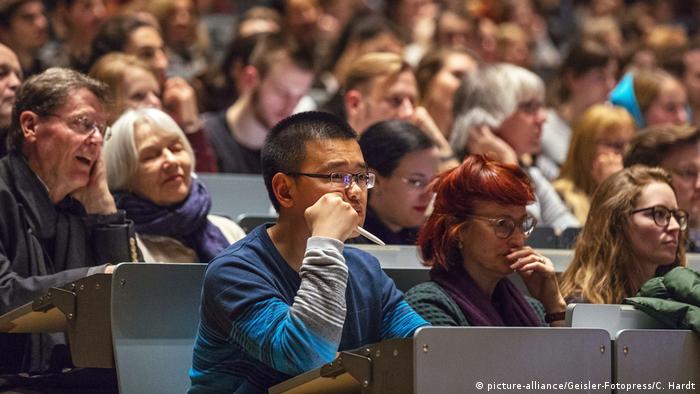 "Only Germany still offers university tuition with no fees," reported many media outlets on Thursday. Given that 2017 is an election year, such a statement has the potential to reignite a long-standing debate about tuition fees in Germany.

But upon closer inspection, the headlines about "cheaper education" proved to be misleading. They are based on a study commissioned by the Hamburg-based Körber Foundation and carried out by the Boston Center for International Higher Education. According to the study, Germany is "the only country where politics is committed to free public university education for almost all students." However, the study only compares 13 countries, including 10 G-20 countries.

In reality, other countries also succeed in providing tuition-free education. In France, students only have to pay a matriculation fee, Austria only collects fees from non-EU foreign students, and in the Czech Republic, only those who want to study in English have to pay. In Norway and Denmark, tuition is free for citizens as well as students from EU countries.

In Germany, higher education is free, except for semester fees that cover administrative costs. In some states, only long-term students have to pay an extra fee. Still, the situation is vastly different from the United States or the United Kingdom, where tuition fees can reach up to 40,000 euros per year. 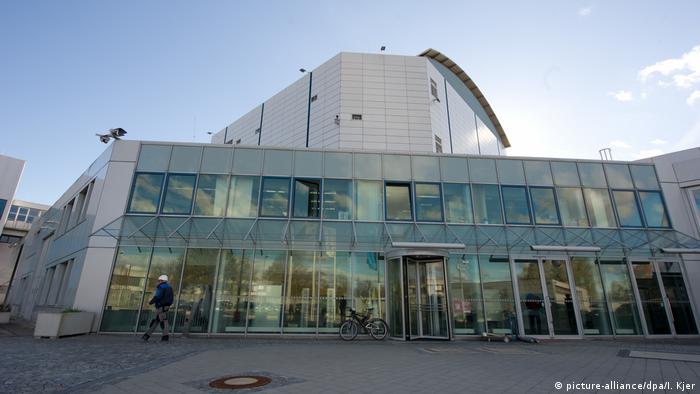 Brigitte Göbbels-Dreyling, deputy secretary general for the German Rectors' Conference (a voluntary association of higher education institutes) says the reasons Germany has free tuition are tradition and a "totally different understanding of the role education plays." People in Germany see higher education as "a public good, a way to train specialists that then benefit the public." In the Anglo-Saxon world, people tend to see the "individual benefits, such as better career prospects and a higher income," she said.

Germany is also committed to free tuition because of its goal of making a university education possible for children from low-income families. "In the 1960s and ‘70s in Germany, there was a discussion about widespread access to higher education, in conjunction with support for free tuition," said Göbbels-Dreyling. She adds that many people in Germany are fearful about going into debt for their studies - something that is almost second nature in the United States and Asia, where families are prepared to save for university or take out student loans.

Lots of Master's students from the US

On the other hand, she said that many so-called high potential students who can afford to go to the US or Britain will choose to do so. "The high tuition fees give them the impression that the education is better there," she said. 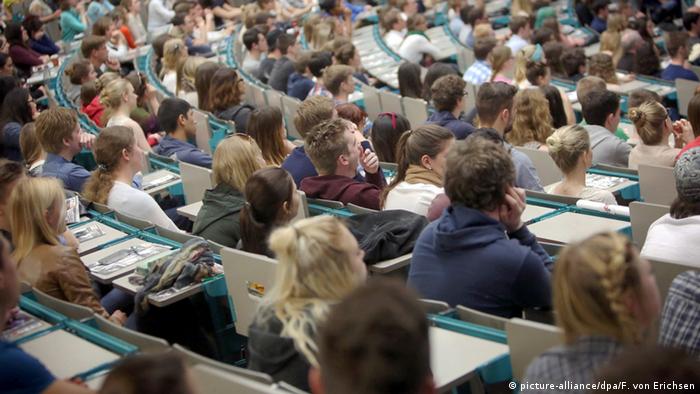 Grothus: 'We have a lot of Americans who come here to do their Master's degree'

But many of Germany's international students come from the US. "We have a lot of Americans who come here to do their Master's degree," said Ulrich Grothus, deputy general secretary of the German Academic Exchange Service, or DAAD. "But at the same time, there are a lot of very good students who say, there are better alternatives, and I can afford them." Particularly in Asia, there's a widely held view that publicly financed higher education can't possibly be any good.

Attractive for foreigners, controversial in Germany

Grothus doesn't believe that free tuition is the biggest factor for international students when choosing to come to Germany. He says university rankings are more important. "Together with France, we are the most important non-English-speaking host country," said Grothus.

He also emphasizes that German universities are more than able to accommodate international students, partly because of the quota system for non-EU students. "They are not taking spots away from German students," he said. "And often it's the case that foreign students are more interested than German students for those subjects for which Germany has a good reputation, namely engineering and natural sciences," said Grothus. And such graduates will have their pick of jobs, not just in their home countries, but in Germany, too.

2015 saw the number of drug-related offenses double in some states and triple in others compared to 2011. Schools are tackling the issue in various ways, but experts stress that prevention can't be up to teachers alone. (23.01.2017)

The Iraqi government has been cutting its scholarships for students to study abroad. This has caused stress for Iraqi students in Germany, who now have no way to finance their graduate education in Europe. (17.01.2017)