The French president has unveiled his nuclear doctrine as part of France's arms strategy after Brexit, calling for international disarmament efforts while reaffirming the strength that nuclear power affords France. 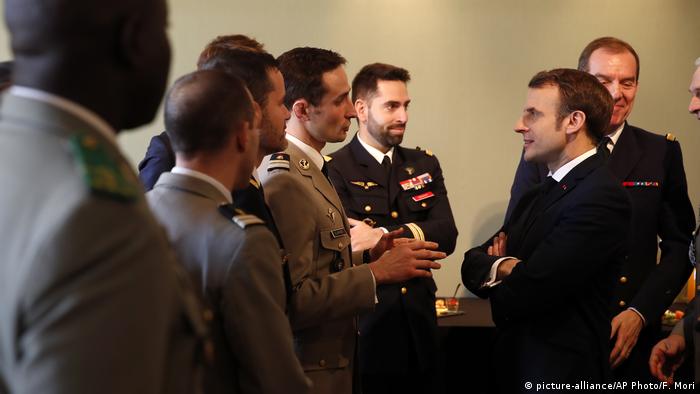 In a much anticipated speech, French President Emmanuel Macron on Friday warned that countries within Europe "cannot remain spectators" in any new arms race.

"Europeans must realize collectively that in the absence of a legal framework, they could rapidly face a new race for conventional weapons, even nuclear weapons, on their own soil," Macron said in his speech. He went on to call for a "strategic dialogue" with European partners regarding the role of France as a nuclear power.

The speech comes as many long-standing global nuclear agreements are deteriorating: The US and Russia have both abandoned the Intermediate-Range Nuclear Forces Treaty and the US has suggested it may not extend an arms reduction treaty signed in 2010.

With the UK's official departure from the EU, France is now the only nuclear power in the bloc. Macron said that Brexit "hasn't changed anything" in terms of cooperation between Paris and London.

Nuclear deterrence is a keystone of France's defense strategy. The speech on French nuclear deterrence before military officers is a tradition for every French president under the Fifth Republic.

"France is convinced that long-term security in Europe is possible through a strong alliance with the United States," Macron said. "But our security is also achieved, inevitably, through a larger capacity for autonomous action in Europe."

French nuclear capabilities "reinforce the security of Europe just by existing and, in that respect, have a dimension authentically European," the president said.

At the same time, France has reduced its nuclear warhead arsenal to "under 300," he said, giving France "the legitimacy to demand concrete moves from other nuclear powers toward global disarmament that is gradual, credible and can be verified."

Macron also reaffirmed the importance of France retaining sovereignty over its defense capabilities. A German politician had previously suggested that NATO or the EU should take control of France's nuclear deterrent.