Germany's foreign minister has rejected French requests for German engagement in Sahel combat operations. Meanwhile the French president has said he will not reduce the number of French troops in the West African region. 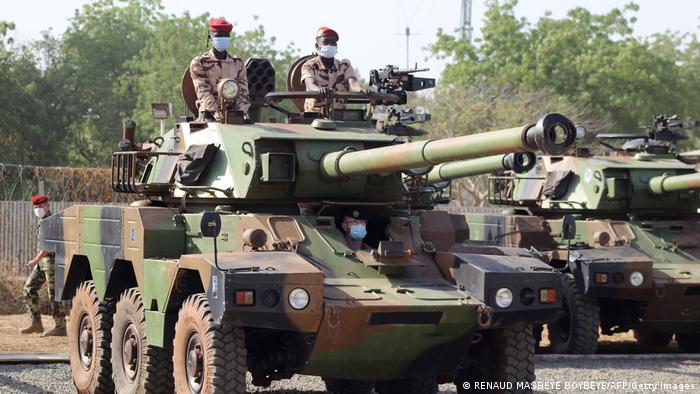 Macron and a group of five African allies — Burkina Faso, Chad, Mali, Mauritania and Niger — were taking part in a meeting to discuss their fight against the violent jihadist insurgency across the Sahel region.

The French president had hoped for more engagement on the ground by his main European ally, Germany.

But after the so-called G5 summit, which Macron joined by video link, Germany's foreign minister, Heiko Maas, said that Berlin would not send soldiers into additional military operations in the Sahel region.

"Germany is participating with many troops in both international missions in Sahel, in [the European training mission] EUTM as well as [the UN mission] Minusma," Maas said, stressing that Berlin currently has to up to 1,550 Bundeswehr soldiers deployed in the West African country of Mali.

That is unlikely to be of comfort to Macron, whose operation Barkhane cost France an estimated $1.1 billion (€900 million) in 2020 alone.

France — the region's former colonial power — first sent troops into Mali in 2013 to defeat Islamist insurgents that had seized control of the country's northern half, with the Barkhane operation formally starting in August 2014.

The death of dozens of French soldiers has made the mission more unpopular than ever at home, where Macron's own popularity is already in steep descent because of the government's perceived weak handling of the coronavirus pandemic. 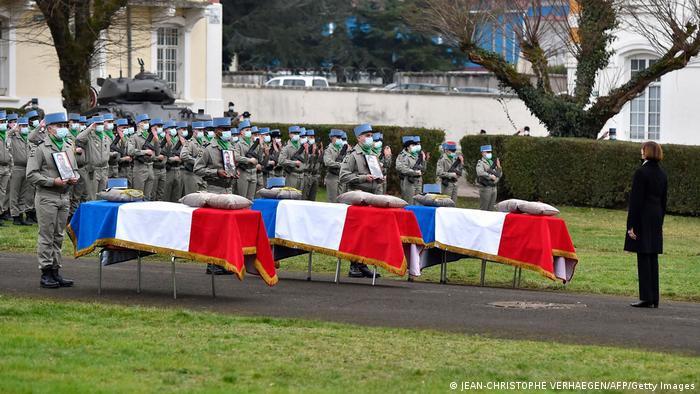 No progress in the Sahel

Hostility towards France is also growing among the Sahel population, who accuse the foreign troops of failing to protect civilians and resent the former colonial power's military presence.

The summit — in Chad's capital city N'Djamena — took place one year after a previous meeting in the French city of Pau, after which France sent 600 additional French soldiers to the Sahel to counter a surge of terrorist attacks, increasing its deployed troops to 5,100.

Paris claimed the reinforcement and a subsequent uptick in military operations led to tactical successes against the jihadists.

That view is not shared by experts.

"The situation is unchanged: It cannot get any worse. Nothing has changed in terms of the fundamental problems. I don't see any step forward," the head of the German Konrad Adenauer Foundation's Sahel regional program, Thomas Schiller, told the media collective Redaktionsnetzwerk Deutschland. 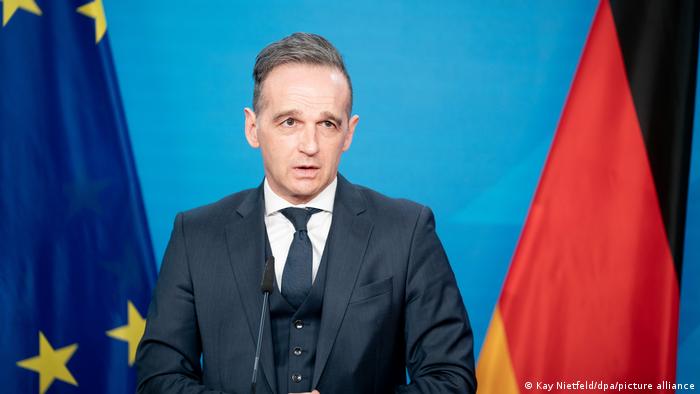 More than eight years since the beginning of the crisis, hardly a day goes by without an armed attack, the explosion of a mine or abuses against civilians.

In January, the number of displaced persons passed the two million mark. Up to now, regional governments had largely been spared public criticism by the West for their authoritarian tendencies, since fighting the terrorist threat and resulting migration to Europe from the region, took absolute priority. But pressure seems to be increasing for reforms in the G5 group.

Maas put it this way: "G5 countries should strive for two things: strong security forces that restore and uphold safety — but also efficient public services for their people, particularly in fragile areas. People need police forces that protect them from crime; civil engineers who repair roads and water supply lines; and judges who work without bribes."

France unable to extricate itself

Fighting terrorism has proven to be extremely difficult in the Sahel. Governments struggle to maintain control of the vast desert area. Poverty, high unemployment and rapid population growth provide fertile ground for recruitment by jihadists.

On Monday, Chadian President Idriss Deby Itno announced that an additional 1,200 soldiers would be sent to the so-called three borders zone, between Mali, Niger and Burkina Faso, seen as a gesture towards Paris' insistence for more military engagement by the G5.

The dispatch of the Chadian soldiers had already been announced a year ago in Pau. But the operation was delayed by the growing jihadist threat on the shores of Lake Chad, and by a disagreement between N'Djamena and its partners over the modalities, including financial, of said deployment.

That doesn't bode well for France's stated aim of passing on the bulk of military operations to the national armies being trained by Paris and its European Union partners. It also puts a hamper on the plan of reducing French troops on the ground Paris had openly considered ahead of the summit.

Security in the Sahel region

The fight against Islamic extremism in West Africa

Analysts warned early on that such a withdrawal would deepen the crisis.

"If France draws down its troops, it is going to create a security vacuum, because clearly the domestic troops and the UN peacekeeping missions don't have the required capacity to do the fight by themselves," Audu Bulama Bukarti of the Tony Blair Institute for Global Change told DW.

Probably aware of the implications, President Macron said on Tuesday that there would be no "immediate" reduction of French troops.

"A massive withdrawal of men, which is a possibility I have considered, would be a mistake," he said, although he stated that a reduction could come at a later, unspecified date. 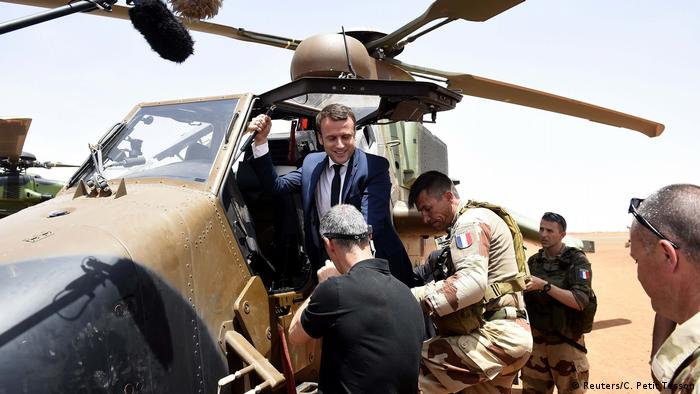 As was expected, Macron urged the G5 Sahel nations to work on restoring government control and services in areas where jihadist fighters operate, saying that it was essential for the states to win public support for counter-insurgency efforts.

Mali is a case in point: it has yet to implement a peace agreement signed with ex-rebels in the north of the country.

It has also failed to guarantee the return of teachers and health workers to the region, leaving the populations to fend on their own. But apart from engaging with the population, analysts see a need to also push Sahel rulers towards a dialogue with the militants.

Chadian analyst Evariste Ngarlem Toldé finds severe fault with the performance of the African anti-terrorism alliance: "The G5 Sahel has not achieved any of its objectives, be it security or development, and still less in terms of governance in the states concerned. We need another strategy to solve this cross-border crisis, which has gone on for far too long," he told DW.

Isaac Mugabi and Blaise Dariustone contributed to this article

The EU's investment in the Sahel

Is the EU getting a return on its investment in the Sahel?