French lawmakers have approved a landmark deal with the US to create a $60 million compensation fund. Thousands of foreign nationals deported to Nazi death camps on French SNCF trains could be eligible. 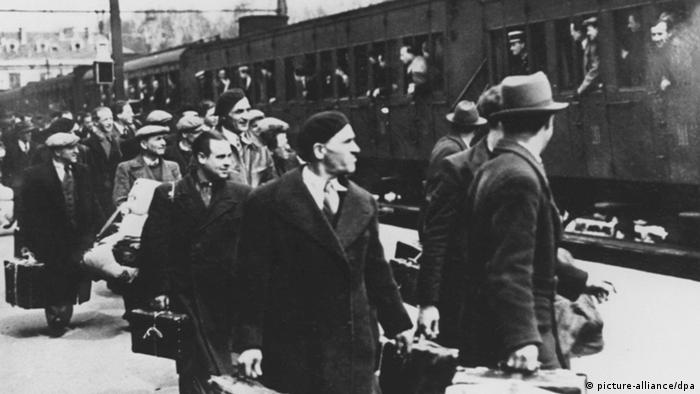 During the Nazi occupation of France between 1942 and 1944, almost 76,000 Jews were sent to concentration and death camps in French freight cars. Only 3,000 survived.

Now, 70 years since the end of the Second World War, thousands of foreign nationals who didn't previously qualify for compensation could be eligible for a payment. Canadians, Israelis and Americans are just some of the nationalities which could qualify.

In return for creating the fund, the US has promised French rail company SNCF immunity from future US lawsuits linked to Holocaust deportation claims.

The US legal guarantee was received reluctantly by much of France's conservative opposition, however, which questioned the validity of the pledge.

Opposition lawmaker Pierre Lellouche described the fund as "a kind of French capitulation before a form of permanent judicial, even legislative blackmail by the Americans."

Under a scheme which was established in 1946, the French government paid out an additional $60 million to French nationals who were victims of the Holocaust. They will not be eligible to the new fund, managed by the US.

For years, American politicians sought to stop SNCF from bidding in rail deals on US territory, demanding the company to first provide compensation measures.

The bill which could come into force this year will first be examined by France's Upper House on July 9.

Germany is looking back on the end of World War II on May 8, 1945, known in many countries - where it is often a national holiday - as Victory in Europe Day. The main event was Friday morning in the Bundestag. (08.05.2015)