Germans are concerned about the risks of fracking, a method to extract oil and gas: Chancellor Angela Merkel sends out words of caution, environmental experts say it’s dispensable. But in Europe, fracking is on the rise. 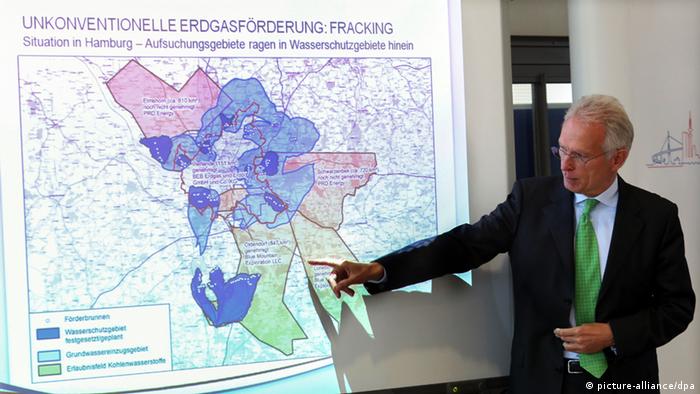 There is hardly anything that Germans are as much afraid of as environmental risks in the soil. Thousands take to the streets regularly against plans to store nuclear waste deep underground. And lately, there have been active initiatives against fracking - despite the technique not yet being commercially used on a large scale. At least not in Germany.

Hydraulic fracturing, or fracking, as it is more commonly known, is a method to release petroleum or natural gas from rock formations by injecting a mixture of water, sand and chemicals deep underground at high pressure. Oil and gas can then be extracted; but parts of the chemical cocktail remain in the soil. That's why environmental experts warn that fracking could pollute the groundwater.

Fracking has experienced a boom over recent years in the United States. Experts have said the US could soon even overtake Russia as the world's top gas producer. There are calculations that suggest Germany could satisfy its own gas demand for 13 years if it decided to use the controversial extraction method. Fracking was done to a limited degree in Germany until US fracking activities triggered a controversial debate. Companies had to stop all fracking activities in Germany as a result. 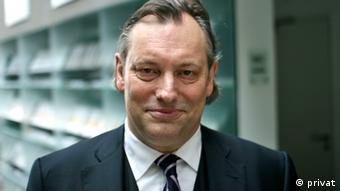 The fracking stop came at a time when Germany is actually seeking out new sources of energy. After the Fukushima tsunami and nuclear reactor meltdown, Berlin decided to phase out all nuclear energy by the mid-2020s.

But the government's advisory council on the environment (SRU) warned of risks fracking may pose. The experts said they had too many concerns outweighed the potential benefits of fracking. They also said Germany didn't need additional gas supplies from complicated and costly sources. Instead of fracking, the SRU experts said they still favored wind and solar power.

Chancellor Angela Merkel has not openly shown interest in pursuing fracking in Germany. In a phone consultation with fellow party members she said, "We have to do everything we can to avoid environmental risks." Her government, she added aimed to "limit [fracking] and to make its use more complicated and make the method more environmentally friendly in comparison to its current legal status."

Under current law, fracking falls under the statues established for the mining industry. Those regulations provide owners of a mine with a great deal of latitude on their operations.

Germany's ruling coalition of Christian conservatives and junior partner free market liberal FDP have now put forward a draft law which would ban fracking in water protection areas. In other areas, strict environmental compatibility studies would have to be carried out, which in practice would amount to a ban.

"Under current circumstances, we can rule out fracking," was how Hermann Gröhe, the secretary general of governing party CDU, said of the topic.

Many in Merkel's Christian Democratic Union want the draft law to go even further. They are worried that the fear of chemicals in the soil could benefit the Greens party in the election campaign. That's why they're now campaigning for a proper ban - as are the Greens. Many German states that are governed by opposition parties SPD and Greens also want to see fracking banned. They have the majority in the German Bundesrat, Germany's upper house of parliament. That's why the fracking law would not stand a chance at the moment anyway. 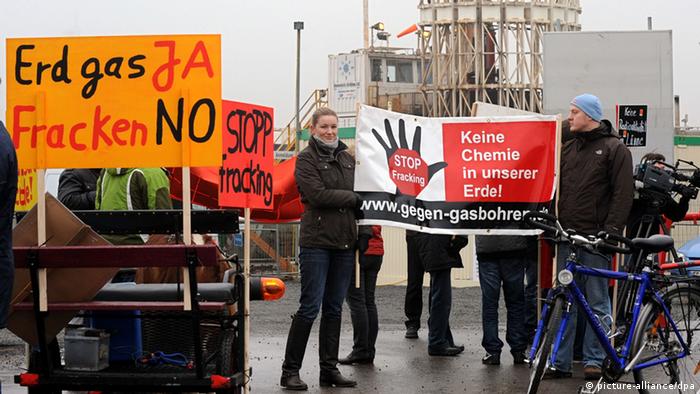 Beer brewers have also put up resistance in Bavaria. They are concerned about the purity of the groundwater. That's why the CSU, the CDU's sister party that governs the state of Bavaria, is also against fracking. Currently, the FDP - with Economy Minister Philipp Rösler at the forefront - is the only political party which speaks out in favor of at least assessing the possibilities of the extraction method in Germany.

In Europe, Germany comparably isolated in its opposition to fracking. Others frown when they're confronted with the German concerns - even German nationals. EU Energy Commissioner Günther Oettinger this week complained that the EU needed a radical overhaul.

He said the bloc was in a "truly abysmal state," and he criticized the German government for its policies. Oettinger, a top member of Angela Merkel's CDU party himself, said Germany was strong, but it couldn't get any stronger because the government was setting the wrong agenda, by focusing on "childcare benefits, a women's quota, minimum wages; and then they say no to fracking."

In many EU countries, fracking is popular, particularly in central and eastern Europe, where many - like Poland - still rely on climate-unfriendly sources of energy like coal. They would prefer to switch to less harmful shale gas. Hungary, Poland, Romania, but also Spain and Britain are in favor of fracking.

Amid ongoing anti-fracking protests, Romania's head of government Victor Ponta called on his people to "not be deterred from the right path which the US have already embarked on". It will take a long time before Germany embarks on that path - if at all.

High energy costs may drive German firms to US

Soaring German energy costs in the wake of the country's transition to renewable energy have seen more and more firms thinking about relocating their operations. The US looks like a sound alternative, associations claim. (22.05.2013)

How do Germans feel about fracking?