High energy costs may drive German firms to US | Business | Economy and finance news from a German perspective | DW | 22.05.2013

High energy costs may drive German firms to US

Soaring German energy costs in the wake of the country's transition to renewable energy have seen more and more firms thinking abut relocating their operations. The US looks like a sound alternative, associations claim. 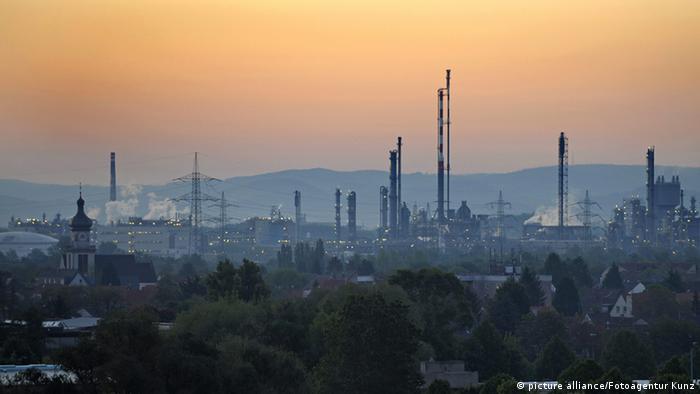 German industry lobby associations on Wednesday sent a warning shot towards the government in Berlin, saying that rising energy costs in the country would drive away more and more German companies.

"If we don't get on top of the country's energy transition to renewables and are not able to rein in energy costs in the process, German industry's competitiveness stands to suffer," the chief of the Federation of German Industry (BDI), Ulrich Grillo, told the business newspaper "Handelsblatt."

He said that while Germans are embroiled in a debate about the right energy mix, the US was getting more and more attractive as a business location for German firms, thanks not least to President Barack Obama's support for the fracking technology resulting in much cheaper energy prices.

"That means that German companies are bound to invest a lot more in the US," Grillo commented. Energy-intensive firms like Wacker and BASF speak of clear competitive advantages in the US, with the first already building a production facility in Tennessee.

The Association of German Chambers of Commerce and Industry (DIHK) said its own surveys had shown German companies' increasing willingness to move parts of their operations to the US rather than to fellow European nations in search of more favorable framework conditions.

"The US has become much more attractive to companies than Europe," DIHK chief Martin Wansleben told the "Handelsblatt". "Germany is in the process of getting sandwiched between eastern Europe with its low labor costs and the US with low energy costs," Wansleben claimed.