Will the EU roll back renewables to cut energy costs? | Europe | News and current affairs from around the continent | DW | 22.05.2013

EU leaders want to see energy get cheaper to keep European industries competititve. But how to do it without compromising climate goals is controversial. Does it mean a return to fossil fuels? 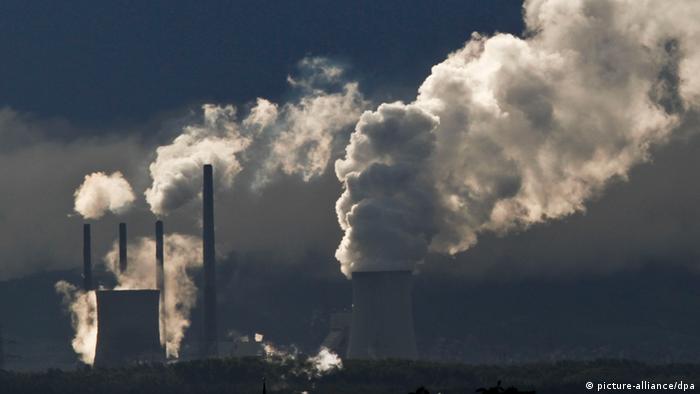 Plumes of smoke rising from a power station in Hanau, Germany

Renewable energies, such as wind, solar and water, require continued support in Europe, according to EU Commissioner Günther Oettinger. Reductions in greenhouse gases must also continue, the commissioner said adding that 20 percent of Europe's energy demands will be met by renewables by the year 2020.

"A new change in energy policy is not taking place," Oettinger said beforehand on Germany's public ARD television channel. But a path must be found to reduce the price of energy in Europe, he said; particularly, as it affects industry and commercial trade. 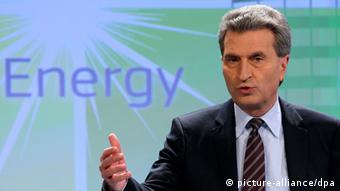 On Wednesday (22.05.2013), the heads of European governments declared as part of their summit on energy that the high cost of energy in Europe is impairing the continent's competitiveness.

That's why they have requested that Oettinger, who is EU Energy Commissioner, submit a report that shows why energy prices have risen and which EU countries are affected most by it.

Unfortunately that report will not be finished before the end of next year. In addition, it must also be clarified how the large investments in the European energy infrastructure are to be financed.

In an open letter, the European trade association "Business Europe" demanded relief for industries that use especially large amounts of energy.

What's good for the economy, EU Commissioner Oettinger said, was also useful for employees. It's not out of the question that those costs could ultimately land in the laps of private consumers.

"Consumers are also employees. And we have to want that industries, like steel, aluminum, ceramics, textile, chemicals and chlorine chemicals remain viable. That's why we need affordable energy for these value-adding industries, in the interest of employees and through them, for the economic development of Europe as a whole, Oettinger said. 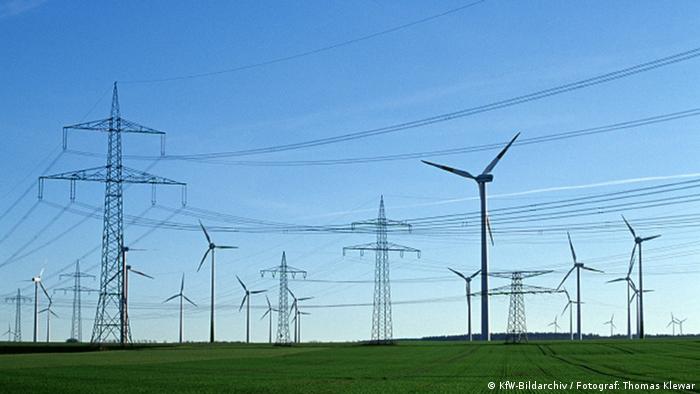 At the summit, the prime minister of Luxembourg, Jean-Claude Juncker, stated that the EU had to react, for example, to the fact that gas prices in the US are one-fourth of what they are in Europe. To a large extent, the US promotes the extraction of shale gas trapped in rocks. In engaging in so-called fracking processes, large quantities of chemicals and water are pumped into the soil. Those chemicals could, environmentalists say, present a danger to groundwater sources.

EU leaders continue to speak out in favor of exploring possibilities for extracting shale gas through fracking on European soil.

"Poland, Ukraine and England will go ahead with it," Oettinger said. "And in the next few years, one should try - with an abundance of caution - test drilling, in order to probe the chances and costs and examine options. I think that fracking can be an option for all of Europe, "the commissioner said. 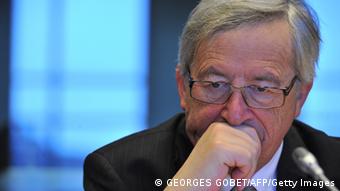 Juncker said climate goals should not be sacrificed

Juncker said before the summit that energy costs were too high and that the economic crisis in Europe could be ameliorated by lowering the cost for electricity and gas. But he added that climate goals could not be sacrificed on the altar of growth.

The economic crisis will be over at some point, Juncker said, but climate change will still be with us. The climate is a challenge, which needs to be confronted globally, Juncker added, with an eye toward the United States and rapidly growing threshold countries.

In the energy debate, Rebecca Harms, who sits in the European Parliament for the Greens, warned against turning back from the climate goals already reached. "I am preparing myself for a big confrontation in the European Union and its member states between the Greens and sensible energy and climate proponents and the fossils who are trying to turn the clock back on energy policy."

By 'fossils', Harms was referring, above all, to EU Industry Commissioner, Antonio Tajani, who at a conference last week in Perugia urged the EU not to expand its climate goals. "This would mean higher costs for European businesses and they would be forced to leave Europe," he warned.

European Union leaders want to make tax and energy policy the focus of Wednesday's special summit. But the current debate in the European Parliament shows how thorny both topics are. (22.05.2013)

While other EU countries are increasingly investing in renewables, Turkey is planning three new nuclear power stations. The country's aim is to turn from being a net importer to a net exporter of energy. (20.05.2013)

Germany plans to vote in support of a European Union package that would phase out cars with combustion engines from 2035 — but only with a tweak to the proposed package.

The European Union plans to invest up to €300 billion to reduce its dependence on Russian fossil fuels, the European Commission announced.

As the price for oil and gas explodes in Europe, heat pumps could be a meaningful alternative. In Germany, lavish state subsidies are making the idea even more attractive for single-family homes.