Donald Trump and his team have been ridiculed online after appearing to accidentally book a gardening center for a "big press conference." The campaign repeated claims of fraud from a parking lot instead of a hotel. 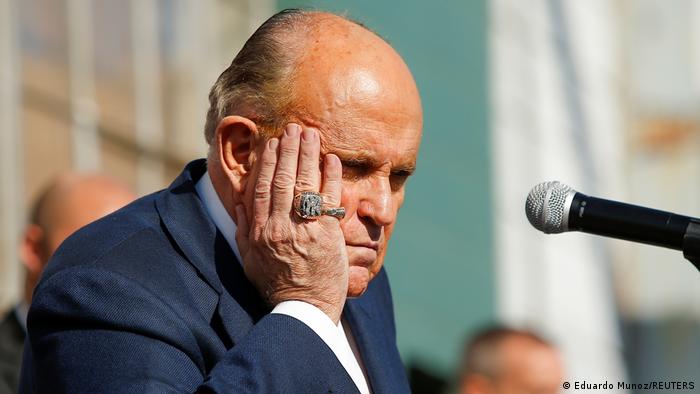 Outgoing US President Donald Trump became the subject of ridicule on Saturday after the location for the big press conference that he had called at the Four Seasons in Philadelphia, Pennsylvania turned out to be in a parking lot between a crematorium and an adult book store.

Instead of a luxury hotel, the press conference took place in the parking lot of a landscaping and gardening center.

Adding salt to the wounds, the presumably intended location — the Four Seasons Hotel Philadelphia — tweeted a clarification that it had nothing to do with the press conference or the Four Seasons Total Landscaping parking lot.

Trump's personal lawyer, Rudy Giuliani, spoke at the unfortunate event and repeated unfounded claims that the ballots had been manipulated in Pennsylvania, attempting to justify Trump's refusal to concede.

The Associated Press called the election for Biden while the press conference was taking place, after it became clear that the Democrat had won enough votes in Pennsylvania to secure the 270 electoral votes necessary to reach the White House.

Giuliani was caught on camera responding to the news of Biden's win, to which he responded saying that the media doesn't decide the election, the law does — another reference to the claims of electoral fraud which have repeatedly been made by Trump and his campaign team, but for which no evidence has been given.

At the time of the press conference, and the announcement of Biden's win, Donald Trump was playing golf. The sitting president has yet to concede defeat. Although such a step is not necessary, it is considered a hallmark of a peaceful transfer of power.

Dpa contributed to this article.