Officers at Barcelona airport said they arrested John McAfee as he was about to board a flight to Istanbul. He could face extradition to the US, where he is wanted on tax evasion charges. 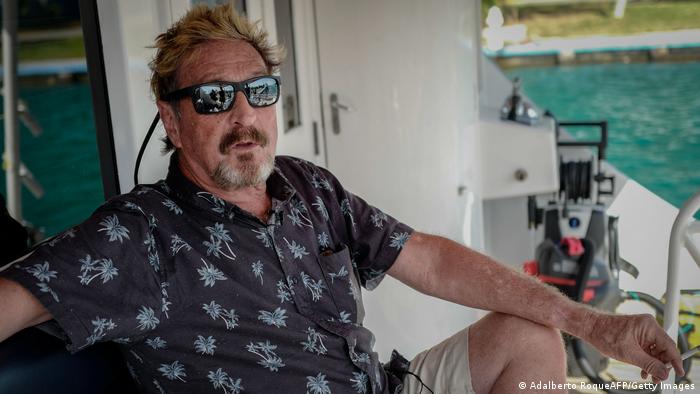 A judicial source said the 75-year-old, who is wanted in the United States for tax evasion, appeared via video link before a high court judge and was sent to a jail in Barcelona without bail pending extradition procedures.

Federal prosecutors in the US unsealed and indictment on Monday against McAfee over charges that he evaded taxes and failed to file returns.

He is further accused of concealing assets — including real estate, a yacht and a car — by putting them in the names of others.

The US Securities and Exchange Commission (SEC) has alleged that McAfee made over $23 million (€19 million) in undisclosed compensation from false and misleading cryptocurrency recommendations.

SEC also accuses him of having recommended certain digital currencies to his Twitter followers without disclosing that he was paid millions of dollars to do so.

Officials in the United States had issued an arrest warrant through Interpol and requested his extradition, according to Spanish police.

McAfee in 2012 was sought by law enforcement following the murder of his neighbor in Belize. After escaping through a jungle, he returned to the US and registered as a candidate for the presidential election in 2016.

He ran again for the 2020 presidential election, but ended his campaign in March.