The surprising truth about digital currencies | Business | Economy and finance news from a German perspective | DW | 28.08.2020

The surprising truth about digital currencies

Central banks all over the world are planning to launch digital currencies. Fueled by competition from private firms as well as increasingly charged geopolitical ties, authorities believe cash may soon no longer be king.

The history of digital currencies is short but confusing. In 2009, when Bitcoin appeared on the scene, the talk was of a decentralized utopia. A system that promised anonymity and the abolition of middlemen.

A little over a decade on, bastions of centralized power as diverse as the People's Bank of China and the world's largest social media platform are rushing to embrace digital money.

The reasons are manifold. The rapid rise of Bitcoin suggested there was an appetite for a faster, easier way to move money around. But its remarkable volatility undermined its credentials as a solid currency.

Facebook, eager to capitalize on shifting behavior, sought to offer a solution. Its proposed Libra currency, a so-called stable coin, is pegged to national currencies and ultrasafe assets like low-yield government bonds. Like Bitcoin, it is built on blockchain technology, allowing money to be transferred around the world without the involvement of intermediaries. "As easy and cheap as sending a message" is how the company likes to tout it.

Unsurprisingly, the prospect of Facebook gaining a foothold in the global financial system set off alarm bells. For a company with a business model built on harnessing personal data, concerns about privacy are well-founded. There are also fears that widespread adoption of Libra could leave other currencies lagging behind.

In Europe, the Libra initiative acted as a catalyst, MEP Eva Kaili told me during a Zoom call last month. Worried about citizens abandoning central-bank-backed cash in favor of privately run digital currencies, the European Central Bank set up a task force.  The aim is not to promote a digital euro per se but to be ready to issue it if citizens demand it.

In a speech at a virtual event in May, Yves Mersch, a member of the bank's executive board said: "The ECB's debate on CBDCs [Central Bank Digital Currencies] is therefore mainly analytical. Whether and when it becomes more of a policy debate will largely depend on the preferences of households." 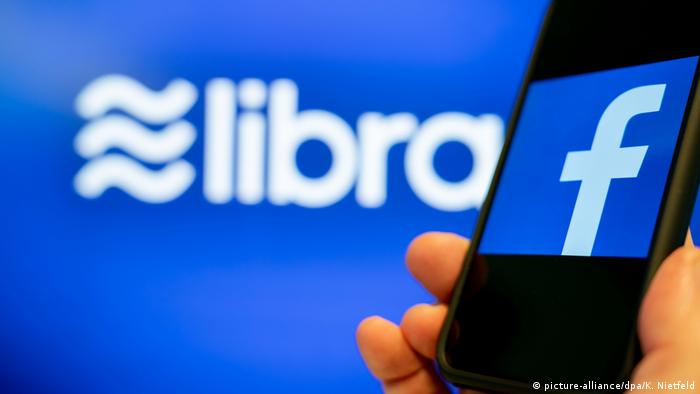 This preemptive stance is in stark contrast to the far more proactive attitude in Beijing. China is already conducting largescale trials of its digital yuan in major cities and economic regions. Testing may even be extended to Hong Kong, a global financial hub accustomed to managing dollar transactions.

The timing is poignant. China's controversial national security law, seen as an attempt to crack down on pro-democracy protests in Hong Kong, has recently drawn the ire of Washington which removed the territory's special trade status and imposed sanctions on its leader Carrie Lam in response.

Any move that challenges the dollar's hegemony may be received as an act of defiance in already highly fraught US-Sino ties.

Cash will not be king forever

The quest for power is of course not the only motivating factor behind digital currencies. Both the Chinese government and Facebook have been keen to point out how digital currencies could help the poor. People who have no bank account but do own a mobile phone could, for instance, receive financial aid quickly and effectively.

Less talked about but equally important is the fact that the digital trail left by their transactions could enable Chinese authorities to track exactly what the funds they receive are spent on.

None of this will happen overnight. In the short term, banknotes will remain a fundamental part of the financial system. But as economies become increasingly digital, US-China ties deteriorate further and tech titans gain ground in the financial world, it may only be a decade or two before cash is no longer king.

The use of the e-CNY, or digital yuan, is now being expanded beyond the purchase of consumer goods. Beijing has cracked down on other cryptocurrencies such as bitcoin and instead seeks to provide its own alternative.