As cryptocurrencies become increasingly mainstream, a small island nation will launch the first digital legal tender. Lawmakers hope the residents will use the SOV for everything from paying taxes to buying groceries. 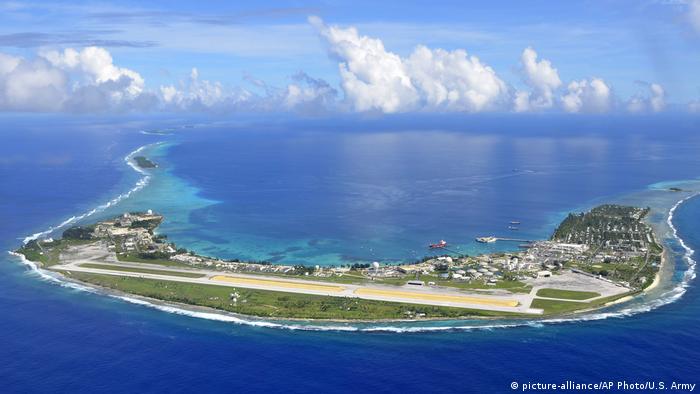 The Marshall Islands will launch the world's first legal tender cryptocurrency after a law passed by parliament earlier this week went unopposed by an official council.

The nuclear-ravaged nation has partnered with Israeli company Neema to issue 24 million units of the Sovereign (SOV) digital currency. It will cap the number to prevent inflation.

The move follows Venezuela's launch of the Petro cryptocurrency in February. Investors supposedly shelled out $735 million (€600 million) for the oil-backed, sanction-skirting currency, according to President Nicolas Maduro.

Unlike the Petro, the SOV will be recognized in law as legal tender, holding equal status as the US dollar, which is the Pacific island nation's current currency.

"This is a historic moment for our people, finally issuing and using our own currency, alongside the USD," said President Hilda Heine in a statement. "It is another step of manifesting our national liberty."

Lawmakers hope the country's 60,000 residents will use the SOV for everything from paying taxes to buying groceries.

Half of the 24 million coins will go to the government and the other half to the Israeli financial technology startup helping with the plans.

Six million SOVs will be made available to international investors, with the money raised used to help pay the budget, invest in anti-global-warming projects, and supporting people still affected by US nuclear testing. Residents will receive 2.4 million SOVs.

David Paul, minister-in-assistance to the president of the Marshall Islands, said the government had not yet determined a launch date for the initial coin offering, a popular, but controversial, way to launch a cryptocurrency, but that it would begin soon. Unlike most popular cryptocurrencies, such as Bitcoin or Ethereum, the SOV will require currency holders to identify themselves, hopefully avoiding the problems of regulating an anonymous currency.

"SOV is about getting rid of the excuses" for not shifting to digital assets, he said in a statement.

Read more: Bitcoin — charting the life and times of a cryptocurrency

Jehan Chu, the Hong Kong-based co-founder of blockchain platform Kenetic, told the Reuters news agency it was an amazing move by the Marshall Islands and was the way of the future.

"Physical currency is going by the wayside as an antiquated, obsolete form of transacting," he said.

But Chu said the currency was unlikely to hold much appeal for international investors or be particularly valuable outside the Marshall Islands.

Several governments, including China, Estonia, and Iran, have discussed plans for their own digital currency.

Getting a grasp of blockchain