After East Germany, Hungary and the Czech Republic, Poland is the latest country from the former eastern European bloc to confront revelations that some of its clergy collaborated with communists. 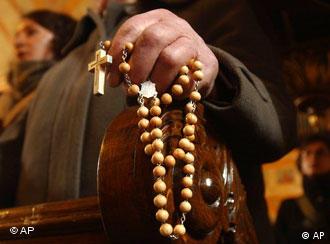 Poland is a country in which church pews are still overflowing, where millions turned out to mourn Pope John Paul II's death last year and one in which government ministers have repeatedly called for "morality" in schools and reference to God in the EU constitution.

When revelations first surfaced that some members of Poland's Catholic clergy collaborated with the communist dictatorship, most in the staunchly Catholic country didn't want to believe them. Then the first high-ranking priest admitted he was involved.

At first, Michal Czajkowski, a leading church figure known for his work on Catholic-Jewish relations, rejected the accusations made against him. But in July, he admitted to spying on his colleagues for 24 years, beginning in 1960. Soon after, he quit as co-chairman of the Polish Christian-Jewish Council. 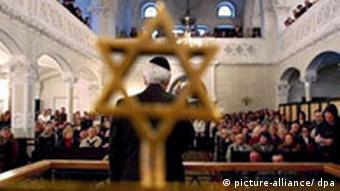 Czajkowski is known for his work on Catholic-Jewish relations

"I want to apologize and ask for forgiveness, especially for those whom I have hurt -- I displayed a weakness of character," Czajkowski wrote in a statement printed by Polish newspapers. "I have already expressed my regret toward God. Now I am doing it toward people."

In other former communist countries still grappling with their past, such admissions may be surprising. But they don't have the power to shock as in Poland, where during four decades of communist rule, the church remained stronger than anywhere else in the bloc and was seen as the focal point to passive resistance and opposition to the regime.

In the former communist Czechoslovakia, for example, the church played a smaller role in society, and even today, the Czechs are among the least devout nations in Europe. In Hungary, the Catholic Church has also admitted that dozens of its priests spied on their colleagues without raising the same level of public shock seen in Poland.

Germany still investigating its own past

Like other states behind the Iron Curtain, the churches in the former East Germany have had to deal with allegations that their clergy, especially in the Protestant Church, appeased or supported communist officials.

Michael Zöller, a professor of sociology and religion at the University of Bayreuth said collaboration with the communists was more prevalent in the Protestant church in the former East Germany.

"The Catholic Church was more protected because the GDR wanted to be on good terms with the Vatican," Zöller said. "Protestants were more forced to cooperate, especially to be able to get some leeway in their activities.

"Some clergy members thought of it as a progressive alliance because there was an affinity between church doctrine and socialism -- it even attracted clergy from West Germany, such as Angela Merkel's father," he added. 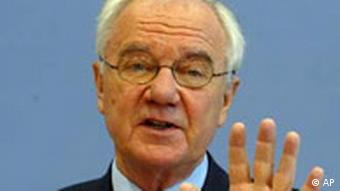 Stolpe has been accused of collaborating with the communists

In Germany, the opening of the East German secret police, or Stasi, archives brought up a number of allegations against East German church officials most famously, former Brandenburg premier Manfred Stolpe, who also served as Germany's minister of transportation, building and housing until 2005. Stolpe was a high-ranking official of the GDR's Evangelical Church and has denied the charges.

Zöller said he believes that issues of collaboration among the clergy will continue to come up, as historians continue to pore through the Stasi files.

"Officials are still processing documents," he said. "Who knows yet what information they contain."

Over 10 percent of Polish priests collaborated

Polish priest Czajkowski was a willing spy, according to the Warsaw-based National Remembrance Institute, which manages Communist archives and investigates crimes of that era. The institute said he reported on the church's and clergy's pro-democracy activities and only stopped after regime agents murdered the chaplain of the Solidarity trade union, Jerzy Popieluszko, whom Czajkowski is accused of spying on. 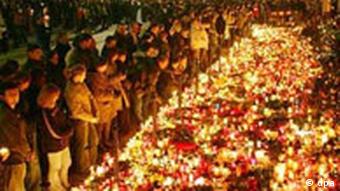 Poland's Catholic Church, including former Pope John Paul II, is widely credited with the rise of Solidarity, the movement that brought down the communists and took control of Poland in 1989. Even though the church openly supported the group, the National Remembrance Institute said about 10 percent to 15 percent of the clergy collaborated with the communists.

Until recently, the church has refused to cooperate with investigations or provide names regarding collaborators among the clergy. However, last year after similar allegations against an aide to Pope John Paul II, Konrad Hejmo, surfaced, and the church suspended him. Hejmo denied the charges, which include spying on the late pope.

Now the Catholic Church in Poland is working at coming to terms with its role in communist times. Earlier this year, church officials said they would begin investigating members of the clergy for collaborating with the communists. Soon after, the Polish Conference of Catholic Bishops issued an official apology to the public.

"Priests and others linked with the church who collaborated with the security services of the communist state cast a shadow on the Catholic Church's heroic history under communist rule," the bishops wrote, adding that an initiative to make public its complete list of collaborators is moving forward.

The actions of a few priests also should not diminish the church's role in promoting democracy, according to Wojtek Muszynski of the National Remembrance Institute.

"The Polish Catholic Church was still a hero," he said. "No matter how hard the secret service tried, they didn't break down 85 to 90 percent of the priests."

Central European nobility struggling to regain palaces and property seized by the communists after World War II face an uphill battle. For many, the campaign ends in defeat. (July 29, 2006)

Despite being disbanded 16 years ago, the legacy of the East German secret police -- the Stasi -- continues to taint people in the public eye. 2006 has already seen a number of allegations arise. Feb.12, 2006)