Up to 200,000 Polish children were kidnapped from orphanages or snatched from their parents and then forcibly 'Germanized' during World War II. DW and Interia.pl are helping victims reconstruct the past. 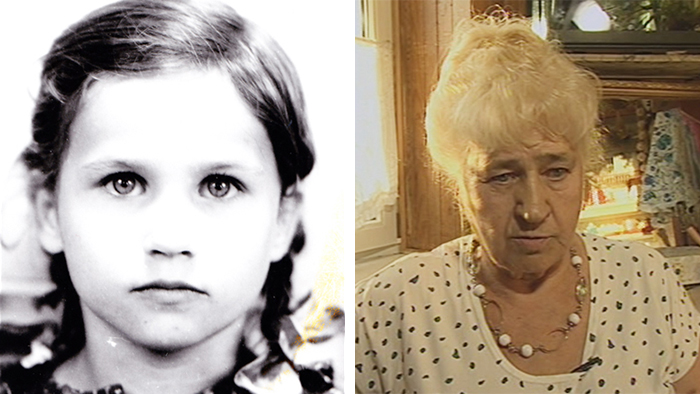 Poland's de facto leader Jaroslaw Kaczynski has revived demands for German war reparation payments, despite the issue being tabled for decades. The move is nothing more than a diversion, says DW's Bartosz Dudek. (04.08.2017)

The German government has rejected the idea of paying massive wartime reparations to Poland, saying the matter had been settled in 1953. The Polish prime minister and other key politicians recently reopened the issue. (08.09.2017)

Poland's Ulma Family Museum is now open - part of an effort at honoring Poles who saved Jews during the Holocaust. But some say museums like it emphasize one part of the country's history at the expense of another. (20.03.2016)

The Nazis murdered about 300,000 people with mental illnesses. Some of the victims' brains were handed over for research, and some are still held at German institutes. It's time to identify the victims. (02.05.2017)

Britain's Lord Dubs, who was rescued from Nazi-occupied Czechoslovakia, told DW he fears the plight of child refugees is getting lost amid electioneering and Brexit concerns. He called Germany the "conscience of Europe." (27.04.2017)

Zyta Sus (shown above as a child and today) is 83 years old and suffers from back pains, but she is still full of energy and loves joking around. She becomes serious and lowers her voice, however, when she recalls how she was abducted from a Lodz orphanage in 1942 and taken to Germany. She only returned to Poland at the age of 12. Today, she lives in a poor working-class neighborhood of Warsaw. She's changed her name as she doesn't want anyone in the neighborhood to know of her tragic past. "I no longer want to be a Polish bastard," Sus says. This is what others called her when she returned to Poland after the war.

Children like little Zyta were forcibly 'Germanized' by the Nazis, who often used brutal methods to do so. Most of these children were either abducted from German-occupied Poland or taken away from Polish forced laborers in Germany.

Already in 1938, Reich SS Leader Heinrich Himmler had declared: "I really do have the intention to gather Germanic blood from the whole world, to rob it, to steal it wherever I can." Consequently, children were snatched from their parents or kidnapped from orphanages in German-occupied countries. Minors with blue eyes and blond hair were selected and taken – in accordance with Adolf Hitler's ideal of a pure "Aryan" race. The SS Lebensborn association was responsible for carrying out these actions.

Who was my mother?

After being abducted and taken to the German Reich, Sus was forbidden to speak her native Polish. At the Reich School for Ethnic Germans in Achern and the Lebensborn home in Steinhöring, severe punishments were dished out for violating this rule. Speaking Polish could mean going hungry or getting locked up in the cellar. Nevertheless, Sus says she was fortunate for later being adopted by a loving foster family in Salzburg, Austria. 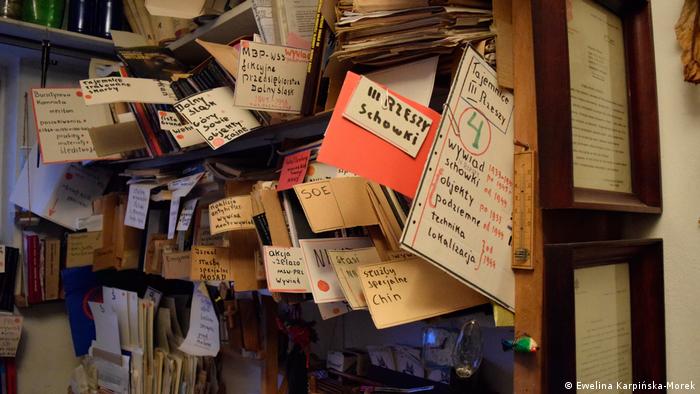 After the war, the Polish government saw to it that more than 30,000 abducted children returned to Poland. Zyta Sus was one of them. Yet again, she was placed in an orphanage. Back in Poland, she was insulted as a "stupid German" because by this time she spoke no other language than German. Looking back, Sus today says that living with her Salzburg foster family was "the best time of my life." Alas, she has been unable to locate them to this day. 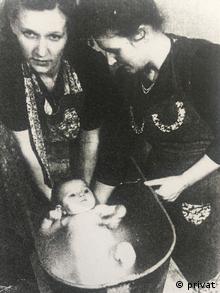 Zyta Sus as a baby with her Polish birth mother (l.) and German adoptive mother (r.)

A team of journalists from Deutsche Welle and Polish news platform Interia.pl are working to help Zyta Sus trace her Austrian "relatives." They have trawled through numerous German and Polish archives searching for information about the whereabouts of her Austrian foster family as well as those of her Polish mother. Yet often these searches prove to be in vain, as German institutions tended to rename abducted Polish children.

That was the case for 88-year-old Hermann Lüdeking, who was also kidnapped in Poland and taken to Germany when he was a minor. Today, he lives in southern Germany, and he, too, wants to find out who his biological parents were. The German organization "Stolen Children – Forgotten Victims" is assisting him in this search.

Since 2012, the organization has also been working to raise awareness among German politicians of the plight of Lüdeking and others like him. Yet so far, to no avail. "They've forgotten about us. Other groups of Nazi victims have received compensation from Germany. We haven't," he says. Now, Lüdeking is taking legal action to fight for compensation. He is the first individual abducted by the Nazis in such a manner to do so. In the summer of 2017, he filed a lawsuit against the German state. No court date has been set yet. 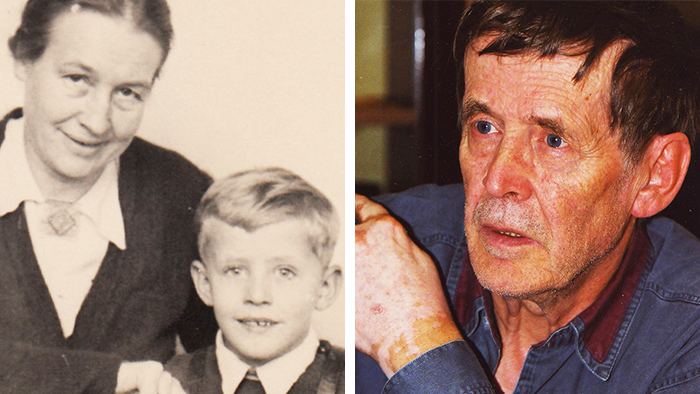 Hermann Lüdeking wants to know who his biological parents were

DW's collaborative project with journalists from Polish news platform Interia was also started in the summer of 2017. Since then, journalists from both media outlets have visited institutions, archives and foundations focused on this part of history, as well as victims of the 'Germanization' practices who are still alive today. They also visited several locations in Germany where abducted Polish children were accommodated to talk to witnesses and historians. The journalists went to a former Lebensborn home in Hohenhorst, near Bremen, and to another in the town of Kohren-Sahlis, near Leipzig. They also visited the building that housed the former Reich School for Ethnic Germans in Achern.

This is the first time that German and Polish media are jointly reporting on this dark chapter of history, and also the first time that former victims are receiving help to reconstruct their past. Within a few months, more than 40 articles and 24 videos were published on the subject, reaching a huge audience. Subsequently, many have reached out to DW and Interia or spoken out on social media, including former victims who want to learn more about their past.

This collaborative project has given rise to further research efforts and has brought together individuals who are helping each other shed light on their shared history. Unfortunately, however, none of these efforts have so far managed to locate long-lost family members or former foster parents. Zyta Sus, Hermann Lüdeking and many others like them must continue their search. Lüdeking's legal action against the German state won't deliver the answers he's seeking, but it will certainly help raise awareness of the plight of the abducted Polish youngsters during World War II.

This, too, was what motivated journalists from DW and Interia.pl to accompany and talk to these victims over the course of many months. Ewelina Karpinska-Morek, who works for Polish news platform Interia.pl, says it was saddening to "talk to individuals who for decades have been alone in their search for relatives and who now at 80 years still lack a sense of identity." Karpinska-Morek admits that "we were aware that the clock is ticking — and that this is the last chance to speak to former victims."