The Eurovision Song Contest is taking over in Lisbon, but Portugal's capital has its own long musical history. Musician Telmo Pires told DW why the authentic fado tradition beats the glamor of Eurovision. 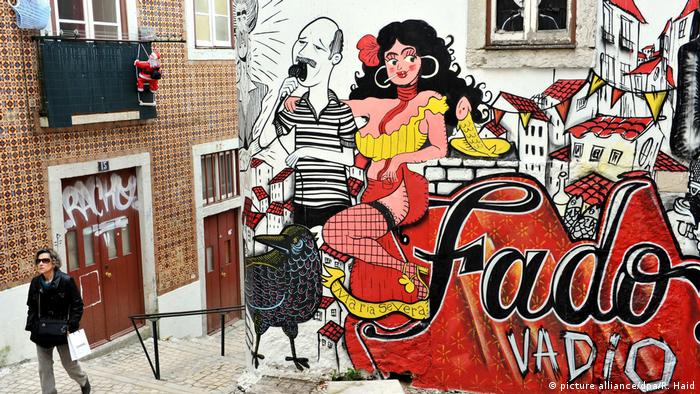 The rich heritage of Portugal's traditional fado music is known around the world. But these mournful songs from Lisbon are rarely heard in concert halls outside of Portugal – despite the fact that the music itself is so engaging and passionate that actually understanding the lyrics barely matters at all.

A growing number of fado performers are trying to export the sights and sounds of their music. Telmo Pires is one of these ambassadors of Fado.

"It's all about feeling moved – whether good or bad. Fado can also make you angry or pensive if you know how to submit to the beauty of this music," Pires told DW. The 46-year-old performer says that authenticity is vital to communicating his work. 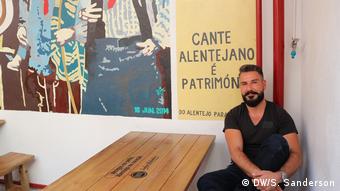 He refuses to do anything by halves; Pires has uprooted his life twice in pursuit of making music. First he moved from Germany's Ruhr Valley, where he grew up, to Berlin in the early 2000s in order to immerse himself in music. In 2009, he made the jump to Lisbon to focus solely on fado.

"You see, I didn't grow up in Portugal, so I only knew fado from the radio and from listening to my parents' records. The reason I fell in love with this music was the grand voices in it – above all, Amalia Rodrigues."

During her lifetime, Amalia Rodrigues became the undoubted Queen of Fado and her style is said to represent the heart of Portugal. Her success saw her travel the world and introduce fado to audiences abroad, including in the US.

Telmo Pires is trying to do the same: to bring fado to people around the globe. His approach focuses on multiculturalism – in terms of his own hybrid German-Portuguese background and the many roots of fado music. 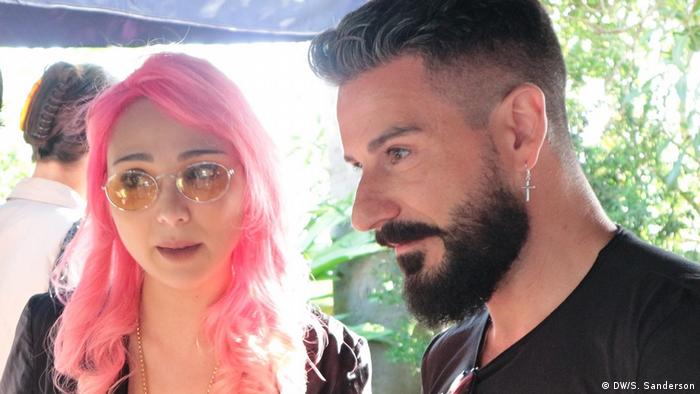 "Fado speaks a universal language as it is so multicultural. This is why it is regarded as 'music from the city' as it grew out of the multicultural past of Lisbon. And that's what's so great about it. Without the Asian, African and Brazilian influences from all of Portugal's former colonies, as well as Arabic influences, it wouldn't exist."

Fado for the 21st century

All these international influences actually suggest that fado music might have a few things in common with the Eurovision Song Contest (ESC), which is currently taking over the city of Lisbon. 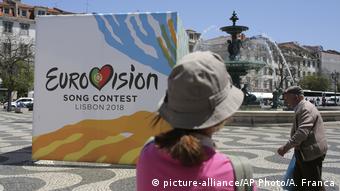 "That's a completely different thing altogether," Pires tells DW. "That's all about delivering a great show where countries showcase their music. There are dozens of performers competing and you don't have the time to get to know any of them. Fado on the other hand builds a narrative, has a climax, a finale. Audiences get to know the interpreter on stage because they've got the time to."

This is what Telmo Pires means when he talks about authenticity – which he delivers in a modern way. "Nothing is further from my imagination than going on stage wearing old, traditional gowns," he says. "I just put on a simple T-shirt and sing."

Pires is a man who stands with both feet planted firmly in the 21st century. He looks a bit like a Portuguese George Michael but with a much healthier lifestyle. But far from imitating idols from times gone by, Pires stresses that he establishes his own intimate style on stage. "You only truly get to know me if you come see me on stage," he says.

No need for nostalgia

While fado is widely associated with a sense of melancholy and nostalgia, Pires says he steers clear of this element of the music. "I can't stand all this talk of 'things used to be so much better back in the day' – what are people talking about? When Lisbon was much smaller and the streets were filthy?" he asks. "To be honest, that is not something I long to bring back, so I won't sing about it either." 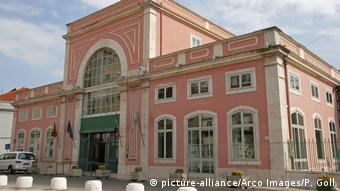 Pires has performed his unique interpretation of fado all over Lisbon and abroad, in places like Germany, Poland, Lithuania and Switzerland. One of his favorite spots, however, is the Fado Museum in Lisbon. "To be invited to perform there was a huge honor," he recounts. "That was a highlight of my career as an artist."

The museum has served as the country's foremost educational facility for fado music for 20 years and attracts Fado fans from across Portugal, and indeed the world. It is the place where Pires feels in touch with the rich legacy of music he takes with him wherever he goes.

"And that is the biggest reward for any artist."

The Eurovision Song Contest 2018 kicked into high gear on May 8 in Lisbon, with tens of thousands of music fans further boosting the record tourist numbers in the city. (09.05.2018)

It's that time of year again: Eurovision is upon us, but it isn't all about sequins and songs. Here are 10 times that politics trumped performance in the song contest.