Our favorites at the Eurovision Song Contest

Top or flop? Ahead of the Eurovision Song Contest, DW's music editors Silke Wünsch and Rick Fulker predict which musician will bring home the glory and who will go home in shame. Some acts are clearly better than others.

Reporting from Portugal, where the Eurovision Song Contest (ESC) is taking place this year, Deutsche Welle's music editors have made their choices. So just who should we be watching out for on Sunday?

It's quite a task to drudge through the 43 tracks of the Eurovision candidates. But time and again, mixed in among the usual ESC mumbo-jumbo — anguished ballads, powerful ethnic tributes, bubble gum pop songs — there are always outliers. And this year, one of those has something special.

My favorite comes from Israel: Netta, who has already won me over with an extremely idiosyncratic singing technique and her unique appearance. For me she's at the top.

While I've compiled the rest of my top five in the picture gallery above, I would very much like to have added more songs because there are a lot of good songs for my personal taste.

One with a lot of potential comes from the duo Ermal Meta & Fabrizio Moro, whose song "Non mi avete fatto niente" pays homage to the gruesome events in Syria. Or Waylon, the rock singer from the Netherlands, who delivers a flawless, down-to-earth country rock hit with "Outlaw In 'Em." 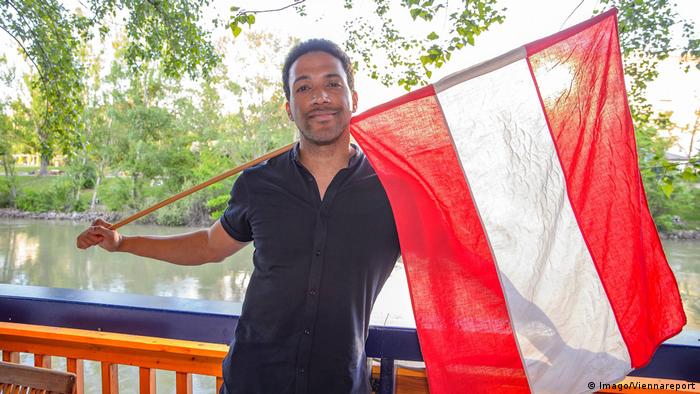 Austrian Cesár Sampson, whose great soulful voice is backed by a gorgeous gospel choir will surely get a good spot on the charts — not in the least because of his good looks. His song "Nobody But You" is a silky smooth soul ballad.

And finally, "our" song, the German contribution, "You Let Me Walk Alone" by Michael Schulte is a song that definitely does not have to hide. I firmly believe we'll make it at least into the top 15 (at least!).

My head is still buzzing after listening to 43 songs, so it's perhaps understandable that the first ones I heard first tend to rank higher in my favorite list.

It is always the case that the previous year's success at ESC will have inspired the next generation and this year is no exception; Salvador Sobral's love ballad has found many imitators, refreshingly sung more often in the national language. There is also a lot of negligible music, songs which were probably made only for this occasion and will very soon fade from memory.

My prize for the most ridiculous text in the current year goes to Azerbaijan. "Misty moon I'm your loon ... I cross my heart, I'm stronger than cannonballs" is a phrasing that's hard to beat.

And I have admit my appreciation for the by far most colorful extravagant dresses goes to Eleni Foureira from Cyprus.

Elina Nechayeva from Estonia comes out with just one dress, but it's remarkable just the same as hers covers the entire stage and seems to flow through lighting effects while the singer waves her arms around in a starry landscape. It's Eurovision kitsch at its best. Nechayeva is an opera singer and creates the highest pitches of the year, but the song is so overproduced that the voice is nearly drowned out. 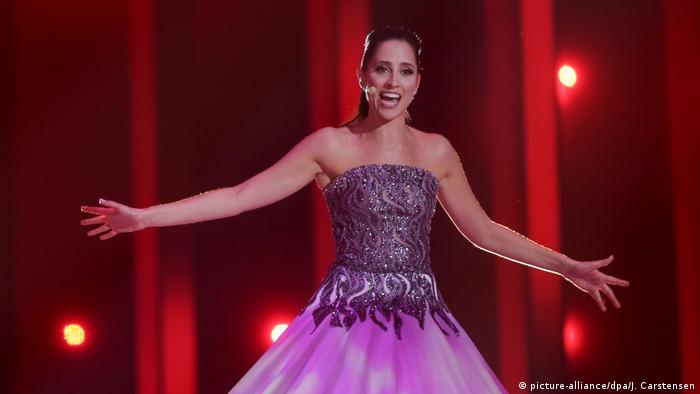 But enough about what I didn't like, this should also focus on what we do like. Although it didn't make it to my top five favorites, the jazz and ethno folk song from Georgia (Iriao: "For you") is noteworthy for its original sound based on traditional music.

Those who have forgotten what it was like to be in love for the first time can once again immerse themselves in the feeling of "Tu Cancion" with Alfred & Amaia from Spain. Another song sung in the local language, great!

Moving, serious images of war, terrorism and refugee crises can be seen in the contributions from France and Italy, and both songs are also musically serious.

From Sweden, the ESC success factory, comes Benjamin Ingrosso, who not only appeals to pre-teen girls with his looks, they will vote for him in large numbers because the production seems perfect, and you cannot get the chorus out of your head.

The Netherlands brings solid, upbeat country rock with Waylon, and Mikolas Josef from the Czech Republic has a funky electric lead that makes one sit up.

But to see just which of the 43 songs I chose as my top five favorites, you'll have to click through the picture gallery above.

Which songs will have people dancing in the aisles and which will have them crying in their beers? Music taste is subjective, as our ESC reporters, Silke Wünsch and Rick Fulker, found out while choosing their top fives. (07.05.2018)