Foreign Minister Ann Linde on Sweden′s coronavirus policy: ′We managed to flatten the curve′ | World | Breaking news and perspectives from around the globe | DW | 17.06.2020

The foreign minister of Sweden has defended her country's controversial strategy for dealing with the COVID-19 pandemic, amid criticism that it has led to one of the highest per capita death rates in the world.

Talking to DW's Conflict Zone, Ann Linde said Sweden has never had problems getting sick people into the health care system and it has established legally binding social distancing measures.

"Actually, we managed to flatten the curve," Linde told host Sarah Kelly, despite a report this month by the European Center for Disease Control that said the Scandinavian country has not yet passed its peak.

Unlike other European countries, Sweden avoided complete lockdowns or comprehensive restrictions and instead focused on a "trust-based" policy to tackle COVID-19.

Over 5,000 people in Sweden have died as a result, compared to just over 1,100 in total in its Nordic neighbors of Denmark, Finland and Norway, which adopted much stricter lockdown measures. 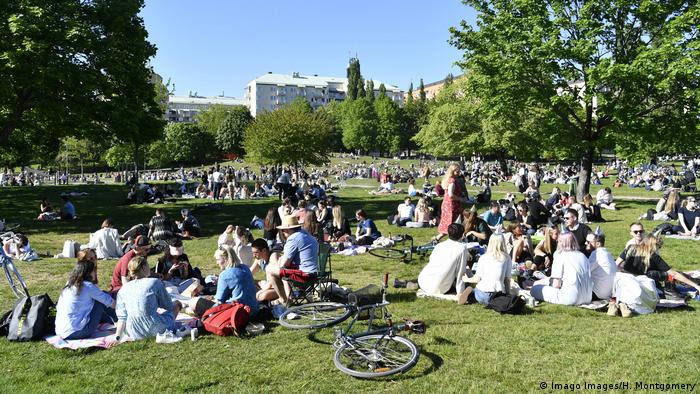 Unlike other European countries, Sweden decided against a complete coronavirus lockdown

But Linde said comparisons should not be made with other countries, stressing that this is not a "kind of a World Cup in who gets the disease or not."

The situation in care homes

Linde, however, did admit that Sweden has had a problem with the outbreak of the coronavirus in elderly care homes.

According to information published by the International Monetary Fund, 50% of deaths in Sweden have occurred in elderly care facilities, and people over 70 have accounted for almost 90% of all deaths.

Linde described that situation as "unfortunate" and added that it "is something we really have to look into."

"We have taken central decisions to make it better. That's why we are now in a much better position," she said. "We don't have any excess death rate anymore and it's going down."

The issue of trust

However, Sweden's controversial policy may have damaged the government's relationship with the public.

A recent poll on Sweden's state broadcaster revealed that only 45% of Swedes have "fairly high or very high" faith in the country's strategy, compared with 63% in April.

It also did not help matters that the country's state epidemiologist admitted that the policy had led to too many deaths and more should have been done at the beginning of the crisis.

But according to Linde, Swedes are still following the government's guidelines and trust has not been affected.

"When we talk about trust, that is if people are trusting the politicians and the authorities in what measures should be taken," she said.

"After the three months, more than 80% of the people are following the recommendations." 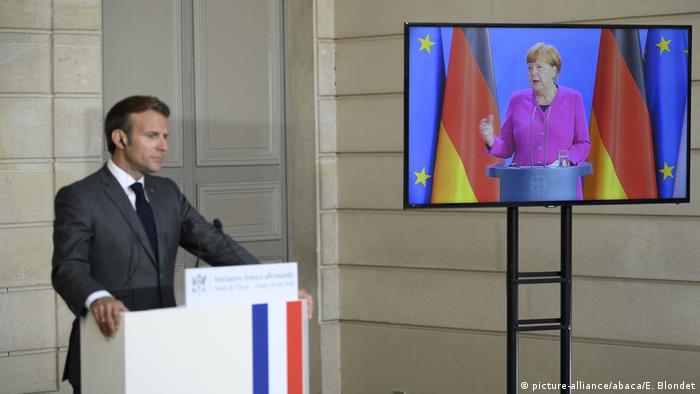 Beyond its borders, Sweden has been at odds with other European Union countries over how to recover economically from the coronavirus pandemic.

Sweden and three other EU member states, the Netherlands, Austria and Denmark, collectively called the "Frugal Four," rejected a proposal by Germany and France to create a one-off €500 billion ($540 billion) rescue fund.

In particular, the four countries oppose the idea of issuing joint EU debt to help some of the most affected countries in Europe.

"We think that we should have a recovery plan, but we think it should be done in a sound and economically wise way," Linde said.

It "is actually against the treaty of the EU to have mutualized loans," she said.

But despite the differences in Europe, Sweden's foreign minister concluded on a positive note, saying that she is "quite sure" that the EU will manage the current crisis.

"It will take some time to go back to the economy, to the free borders, to the internal market," she said. "But we will manage as we have done always. I'm not afraid of that. That's nothing I worry about."