Four EU countries have teamed up, rejecting Macron and Merkel's persistent lobbying for a €500 billion rescue fund. Instead, they have their own scheme on how to save Europe from economic fallout amid the pandemic. 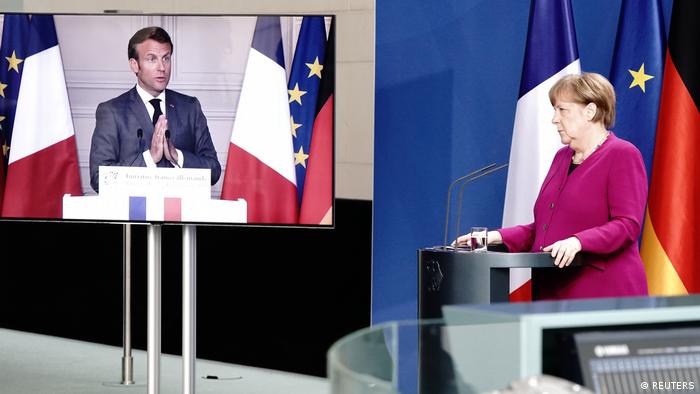 Many saw  Chancellor Angela Merkel and French President Emmanuel Macron's initiative as an important step towards stronger European Union (EU) financial relations. However, the four fiscally conservative states – already reputed in the bloc as the "frugal four" – are seeking a unique emergency fund to re-strengthen the EU's economy.

The four countries also indicated that they will neither agree to a mutualization of debt nor an increase in the EU budget. Their draft proposal was seen by the German Press Agency (DPA) on Saturday.

"Our objective is to provide temporary, dedicated funding through
the EU budgetû and to offer favorable loans to those who have been most severely affected by the crisis," it says.

The counter-proposal stated that the European Commission (EC) should raise the money for the emergency aid on the financial markets and give it to member states as cheap loans.

According to the draft, the money should be used for rebuilding Europe's economy and health sector, bullet-proofing them for future crises.

The draft did not determine a maximum amount for the emergency fund.

In a statement, the Austrian Chancellery said that it was crucial that all EU countries limit this emergency fund to two years. Chancellor Sebastian Kurz has consistently criticized Macron and Merkel's initiative over the past few days.

"We clearly say yes to coronavirus emergency aid, but what we reject is a debt union through the back door," he said on Friday during an online conference for Bavaria's conservative Christian Social Union (CSU) party.

Worried about the future of the EU following the coronavirus pandemic, Merkel and Macron had presented a plan that would help keep badly-hit member states like Italy and Spain afloat.

France and Germany maintained that the money should be raised by the EC as loans on the capital market and handed out as grants via the EU budget to weaker economies and affected sectors.

However, for the plan to materialize, all 27 EU countries would have to agree.