The Nordic country has decided to hasten a probe into its handling of the coronavirus crisis amid mounting pressure from both left and right parties. A significant number of fatalities were found in nursing homes. 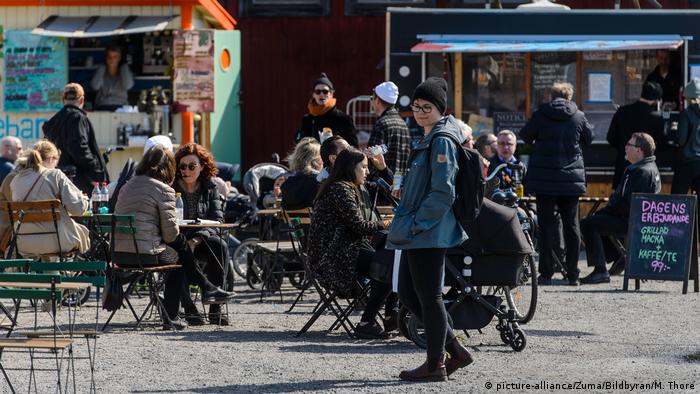 Swedish Prime Minister Stefan Lofven announced on Monday that the country will launch an inquiry into its handling of the pandemic before the summer.

The decision comes amid rising criticisms  from opposition parties on both Sweden's right and left.

Sweden's two biggest opposition parties – the conservative Moderate Party and the populist Sweden Democrats – urged on Friday for an independent commission to be in place before the summer to investigate the country's response to the outbreak.

Lofven had previously said a special commission would be appointed once the pandemic is over but he and his Social Democrats party – which rule in coalition with the Greens – have faced mounting pressure to take action sooner.

"We need to take an overall approach to see how it has worked at national, regional and local levels," Lofven told the Swedish daily Aftonbladet. "We will make a decision for a commission before the summer," he added.

Sweden has lost more than 4,000 people to the pandemic, with roughly half of them having been nursing home residents.

Testing in Sweden has also been significantly lower than in other Scandinavian countries – reaching only a third of the government's target of 100,000 tests per week.

While the mortality rate over the course of the coronavirus outbreak has been lower than in some countries which had stricter measurements to contain the virus, Sweden had the highest number of COVID-19 related deaths in Europe relative to the size of the population through parts of May.

The Nordic country has made global headlines for its more liberal approach to handling the coronavirus. Sweden has relied on voluntary measures based on hygiene and social distancing practices and kept most businesses, restaurants and schools open even during the peak of the pandemic.

The commission would also be likely to assess Sweden's economic response to the crisis.

Coronavirus: No lockdowns in Sweden, for now

Life is at a standstill in most EU countries, but in Sweden the daily routine continues as normal. But with the number of infections on the rise, how long will the country stick to its relaxed approach? (24.03.2020)