Foragers find a taste of nature amid London coronavirus lockdown

Escaping COVID-19 lockdown for their daily walk, urban foragers are connecting to nature via their taste buds. Understanding of what plants are edible is growing alongside an increasing appetite for wild food. 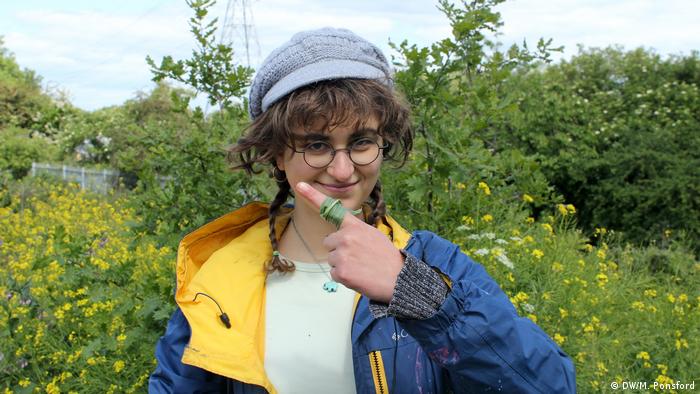 In a sun-lit hedgerow on the edge of a path in Tottenham, north London, the 24-year-old snatches the young leaves from the top few inches of the stem. Skillfully, she rolls one leaf like a cigarette, upside down, keeping the needle-like stinging hairs on the leaf's underside away from her skin, to produce a chubby slug of green tissue.

That, she says, popping it between her teeth, is how you eat a nettle raw — the best way to guarantee maximum nutrition from a plant rich in iron, vitamin A, and with more protein than spinach.

"I always think it tastes like those long beans, French beans," says Johnson who, in normal times, runs foraging walks under the name Benevolent Weeds, "but it's different for everyone."

Lockdown, which began in the UK on March 23 and is only now starting to ease, has opened the eyes of many city-dwellers to the usually overlooked fruits of spring blooming in their neighborhoods. 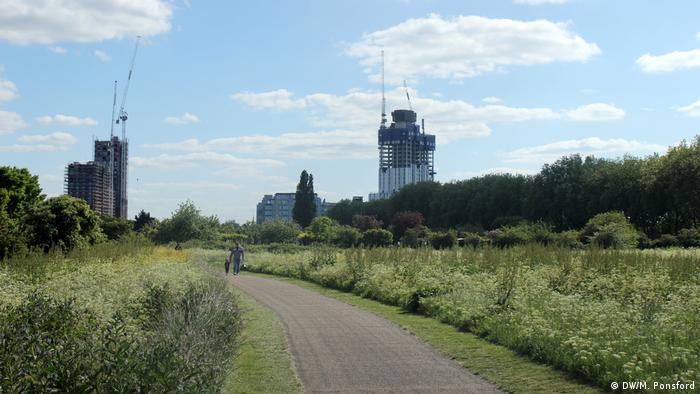 A path with nettles, yarrow, elder tree and other wild plants in north London

Before the COVID-19 crisis began, urban foraging was already surging in popularity, says Wross Lawrence, author of 'The Urban Forager: Find and Cook Wild Food in the City.'

Interest spiked as Londoners were suddenly presented with long, empty days, deserted streets, and hedgerows left bushy and unclipped as many maintenance workers were furloughed. But the biggest change during lockdown has been in mindset, Lawrence says.

"There's definitely more people that are out there doing it. I get a lot more messages through social media and friends asking me: 'What's this leaf; what's that leaf? Am I picking the right thing?" Lawrence says. "I think lockdown has made people want to get in contact with nature." 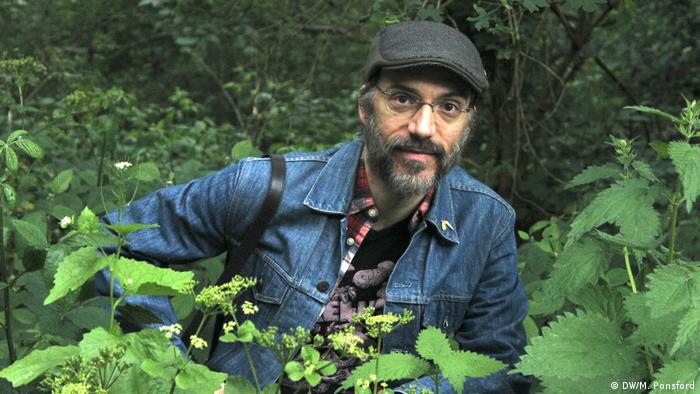 Forager and civil engineer Michael Green in a patch of nettles and wild plants in Waltham Forest, London 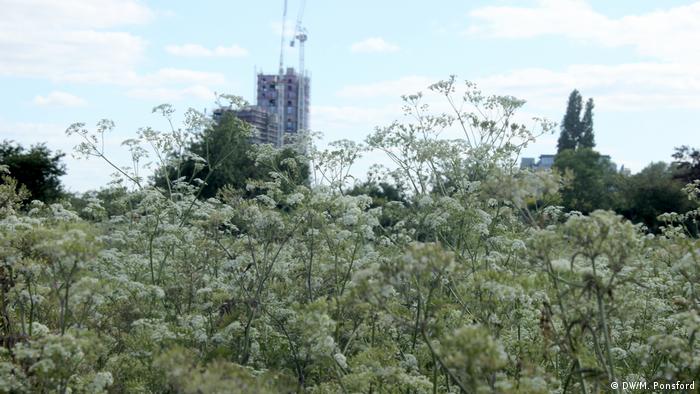 Cow parsley, an edible herb, is seen alongside hemlock which is extremely poisonous, demonstrating the need for caution

Diverse newcomers — including restaurant chefs, Instagrammers, children and pensioners — have taken to the internet to learn from experienced foragers, who have livestreamed their outings on social media or, like Johnson, shared knowledge in conversations on Zoom.

Kim Walker, a foraging instructor and PhD student at Royal Botanic Gardens, Kew, said people confined to home have eclectic reasons for wanting to get out and collect wild foods.

"One is that we are all kind of feeling this fear about the future and the economic future — where will our food come from? So people are perhaps a bit interested in, if you had to be in a survival situation, what kinds of foods could you eat out in the wild? Could you survive on your own?"

Interest in foraging peaks in times of hardship, according to a 2017 study that looked at the 2008 recession and highlighted how foraging knowledge can support community resilience during social and economic crises. 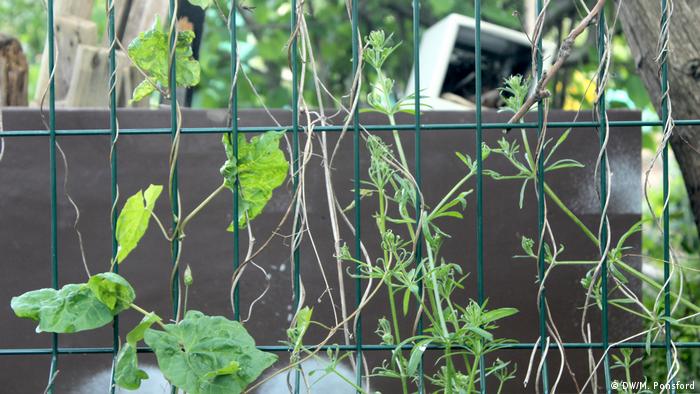 Climbing plants include sticky weed, a common plant with velcro-like leaves that can be used to make herbal tea

But most foragers, Walker says, see it as a way to discover the subtly changing surroundings and seasons, practice mindfulness, engage with natural medicines, or explore the mythical and folkloric stories connected to native species.

Read more: The gardens of Quito: Urban farming in one of the world's highest cities

"One of the philosophical questions about the emergence of this crisis is about how humans live and feel separate from nature," Walker says, "and has it been partially caused from living in an unbalanced way with nature?"

Food supply chains have mostly held firm during the crisis. But given a break from hectic nine-to-five routines, Londoners have eagerly taken to growing vegetables, exchanging plants, baking sourdough and other activities that produce food from hands-on engagement rather than commercial markets.

Many are drawn by their taste buds, like the Michelin-starred chefs who have jumped on the trend for urban foraging. 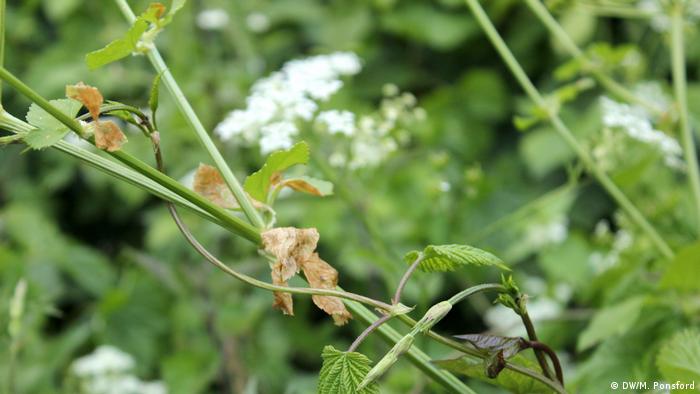 The shoot of the hop plant, best known as an ingredient in beer, but also edible raw

Before lockdown, Baker achieved success selling a pizza featuring chickweed and nettle tops cooked in brown butter but had to answer to customer suspicions about the dangers of foraged ingredients. When restaurants reopen, he's hopeful for a more localized food system, where public desire to support small business and food workers can synchronize with excitement about local food.

"The industry that I work in is going through hell," Baker says. "Hopefully it will be the new normal that people are more inquisitive. They're more willing to try stuff. They're more appreciative of what's going on around them."

He is hopeful that this period of reflection will ignite more questions about our food.

"It's a step-by-step process, people aren't going to suddenly go into foraging," Baker says. "People are going to start to grow herbs on the windowsill or courgettes or whatever it may be. And then you start asking more questions about 'where does this stuff come from?'" 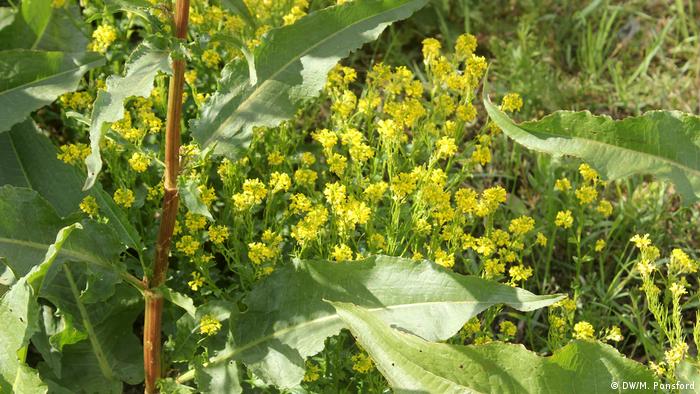 London is not alone in seeing a new appetite for wild food, says Lukasz Luczaj, head of the botany department at the University of Rzeszow, Poland. On his YouTube channel, Luczaj has seen an increase in foragers across Europe trading lessons.

He led foraging courses in London some 15 year ago, and found that, in contrast with Poland and its neighbors, the English had lost much of their traditional gathering culture.

Michael Green, a civil engineer who lives on London's border with the county of Essex, got a taste for mushroom collecting years ago, and streams his forages on Instagram.

Read more:What impact do food miles have on the climate?

Working from home during lockdown, Green replaced a two-hour commute with a long forage through woodland and playing fields in northeast London. On Passover, Green was able to collect and share horseradish leaves when shops ran short of bitter herbs served as part of the seder plate at start of the Jewish holiday.

"I'm so lucky to have this place on my doorstep. It's like therapy coming here," he says. "It helps me to slow down in my day-to-day life. I'd be in a rush to go somewhere, to catch the bus to go to work, and now I'm always noticing weeds and plants popping up in the paving cracks, wildflowers shooting up in patches of wasteland. It makes the city more interesting."