A media report that Hamburg footballer Bakary Jatta is playing under a false name has sparked investigations by the DFB (German FA) and city authorities. The report claims there are also doubts about Jatta's age. 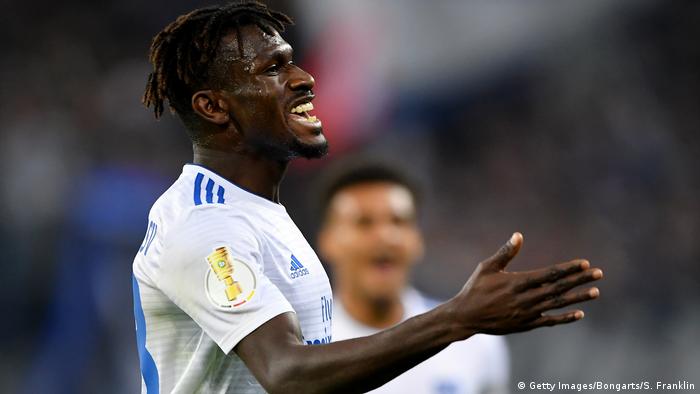 The story in German magazine Sport Bild claims there are questions to be answered about the identity and age of Jatta, who fled The Gambia and arrived in Germany as a refugee in 2015.

Jatta signed for Hamburg as an 18-year-old in June 2016. But if the claims are legitimate, they'd mean he'd now be 23, not 21, and therefore would no longer have been a minor on arriving in Germany, which would have complicated possible refugee status.

"The topic is known here, the control committee will investigate the facts," said Rainer Nachreiner, a committee chairman for the DFB (German FA).

A Hamburg district administration spokesperson said the city would "examine the case intensively and follow instructions."

Jatta, a forward, has proved a success at Hamburg, who now play in Germany's second division, and has drawn praise in some quarters for being a positive example of refugees in Germany.

His initial three-year contract with Hamburg was extended for a further three years, and the player has a residence permit as a result of his professional contract.

Jatta had always shown himself to "an impeccable sportsman and reliable teammate who quickly integrated into our team and into our club," he said.

Clemens Tönnies, head of Schalke's supervisory board, will temporarily step down after he was found to have broken anti-discrimination rules. But a club committee said his controversial comments on Africa weren't racist. (07.08.2019)

Opinion: In Tönnies case, Schalke are trampling on their own mission statement

Schalke's honorary board has allowed Clemens Tönnies to remain as chairman despite racist remarks about Africans. With the decision, the club are trampling on their own mission statement, says DW's Andreas Sten-Ziemons. (07.08.2019)

Uwe Seeler, who passed away on Thursday, was one of the most prolific strikers to play for Hamburg and West Germany. His sporting prowess and humility made "our Uwe" popular with the fans, even after his playing career.