A group of Venezuelan refugees are making the grueling journey all the way to Peru, in part thanks to their lucky charm coconut, "Wilson." 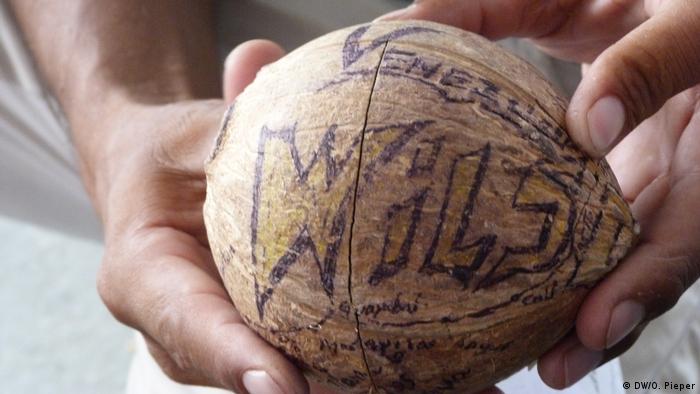 When 28-year-old Carlos Alberto Jimenez arrived at the Colombian city of Cucuta after fleeing his native Venezuela, a friend gifted him a sack of coconuts to sell on the street. He managed to sell all of them, save for one — which became his lucky charm. He even named the coconut "Wilson," drawing inspiration from the Tom Hanks movie "Cast Away." In the film, Tom Hanks plays a man stranded on an uninhabited island who finds a volleyball, names him "Wilson" and then starts sharing his feelings with his new inanimate friend.

"I had to think of that movie because I found myself in a similar situation," Jimenez explains. On his grueling two week march onward through Colombia and Ecuador to the town of Tumbes in Peru, Jimenez was glad to have his new coconut friend by his side. 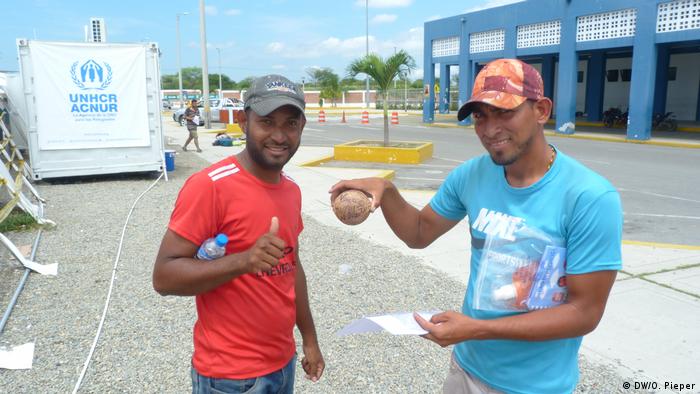 Carlos Alberto Jimenez (left) and another refugee with the lucky coconut, "Wilson"

Many Venezuelans flee their homeland in groups

"Wilson" became a lucky charm for a whole group of refugees fleeing Venezuela. First, Jimenez and two others arrived in the border town of Cucuta. Two more people then joined the group on the way to Bucaramanga, Colombia. It's common for Venezuelan refugees to form groups during their journeys. The extra numbers provide strength and protection. But Jimenez does not let just anyone accompany him. "We were picky about who joined us," he says. "We only wanted good people with us."

Two women also joined the group. Jimenez makes sure everyone travels at a moderate pace so they can keep up. And he says he ensures the women get enough rest and extra food. They intend to trek all the way to Lima, 1,000 kilometers (620 miles) further south, with support from "Wilson" and God. "Every night, we sit together, pray to God and talk about when we want to get up and which city we want to reach next," Jimenez says. 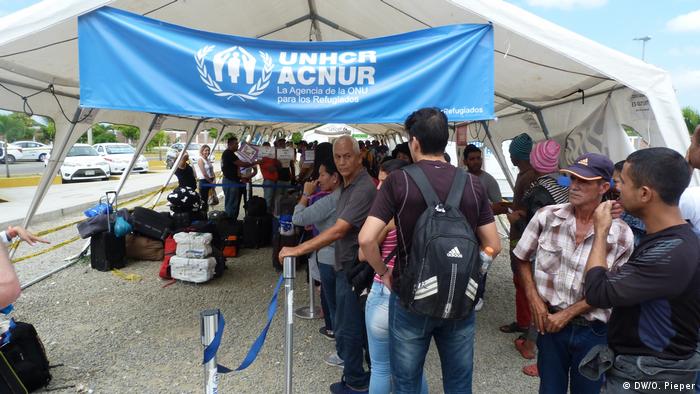 More than 1,000 Venezuelan refugees arrive in Tumbes, Peru every day

They note down every stop of their vast journey on their lucky coconut, as well as the names and phone numbers of people they encounter on the way. Jimenez says that in the movie "Tom Hanks was fighting for his survival every day, and that's just what it's like for us." Jimenez, who used to repair air conditioning units and cars in Venezuela, left behind his wife and three kids. But he says the Tom Hanks movie and the group he is traveling with inspires him to stay positive. "When one of us loses courage, the others help that person get back on their feet," Jimenez says.

Jimenez and his companions have endured harsh conditions on their long journey, like when they traveled though the cold and wet Northern Andean paramo. Or when they marched through scorching hot Machala, Ecuador — and almost fainted from exhaustion. Locals told them go back to where they came from. But Jimenez will not be discouraged and does not regret setting off on this journey one bit. 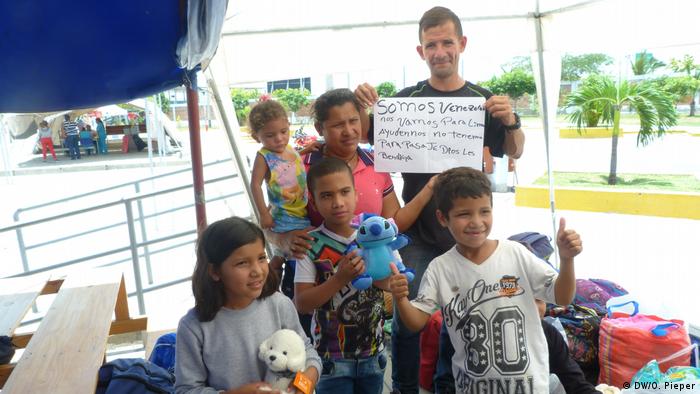 At one stage in "Cast Away," Hanks tries to escape from the uninhabited island on a raft but loses his beloved volleyball "Wilson" in the process. The loss of his friend makes him deeply sad. Jimenez and his companions almost experienced something similar when their very own "Wilson" nearly vanished. "We were sitting on a cattle wagon for two hours and we almost lost Wilson when he fell off," recalls Jimenez.

Thankfully they could recover their beloved lucky charm, which is why Jimenez is optimistic that he and his fellow travelers will safely make it to Lima. One of the men in the group is eager to see his wife and newborn baby, whom he has not yet met, in Lima. He's already got a special present for them: a very unique coconut.

This report was compiled during a research trip in Colombia and Peru organized by the United Nations Association of Germany.

Two explosions at an airport in Colombia have left two police officers and an assailant dead. Authorities are offering a reward of $25,000 for any information on the attack.