Brazil, Russia, India and China ended the first BRIC summit by calling for an increased role in global financial institutions by emerging economies and developing nations. 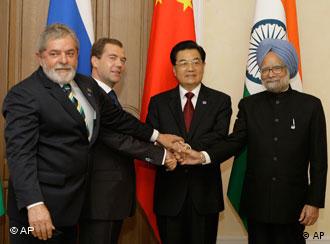 At the conclusion of the first BRIC summit on Tuesday, Brazil, Russia, India and China issued a joint statement calling for increased economic reform.

The four nations, representing emerging economic powers, demanded that developing economies have a "greater voice and representation in international financial institutions, and their heads and senior leadership should be appointed through an open, transparent and merit-based selection process."

"We also believe there is a strong need for a stable, predictable and more diversified international monetary system," the statement continued, delivering a warning against the global domination of the US dollar as the world’s standard reserve currency.

Russian President Dmitry Medvedev had voiced similar sentiments before the summit, saying the current reserve policies "have not managed to perform their functions." 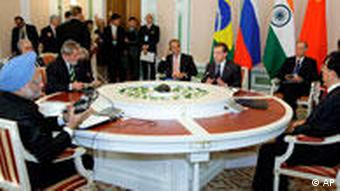 Russia’s chief economic aide, Arkady Dvorkovich, suggested that the International Monetary Fund (IMF) should revise the basket of currencies used to value its financial products to include the Russian ruble and Chinese yuan. At the moment the currencies included are the dollar, euro, yen and sterling.

The acronym BRIC was coined in 2001 by an analyst for Goldman Sachs who argued that, by 2050, the combined economies of the BRIC nations would eclipse the combined economies of the current richest countries in the world. The investment bank never posited that BRIC would organize itself into an economic bloc, although recently there have been signs that the acronym has come to represent much more than was originally intended.

"The economic crisis is what pushed them together," says Thomas Renard, a research fellow at Egmont Royal Institute for International Relations in Brussels. He notes that, last March, the BRIC nations issued their first joint communiqué during a G20 meeting, calling essentially for a "reform of international financial institutions." Still, he maintains that BRIC is far from being a political entity.

"The term BRIC wrongly implies that they are actually a bloc in any concrete way," Renard says. "They are more of an informal group within the international forums who meet sometimes to exchange their points of view and who, when they reach common agreement, will defend their position. But while they have many things that unite them, there is also a lot that divides them."

Those divisive issues are mainly political in nature which is why most observers correctly predicted that the BRIC summit would focus predominantly on economic issues. Combined, the BRIC countries currently have a 15-percent share of the world economy and a 42-percent share of global currency reserves. 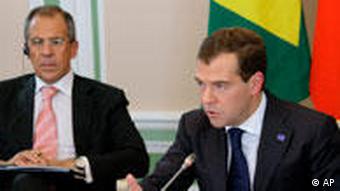 Their increased economic power was underscored last week when Brazil and Russia joined China in announcing they would shift some $70 billion (50 billion euros) of reserves into multicurrency bonds issued by the International Monetary Fund. The move was interpreted by some as an attempt to topple the dollar; in part because the Russian president said at the time that his proposal to create a new world currency could be discussed at the summit.

But fiscal experts say that BRIC will tread carefully where the dollar is concerned, as triggering a dollar crisis would be akin to shooting themselves in the foot.

"The BRICs are putting the US on notice that there has to be a cutback on spending and that they need to get their house in order," Mark Mobius, emerging markets expert at Templeton Asset Management, told financial news service Bloomberg. "Any attack on the dollar will hurt them. But they want to make sure this kind of mess doesn't happen again."

Clearly though, BRIC is using its new influence to put pressure on the IMF to reshape its voting structure to better reflect the shift in economic power. Brazil, for example, is the world's 10th largest economy, but has just 1.38 percent of the IMF board's votes, compared to 2.09 percent for Belgium, an economy one-third the size.

China as a superpower?

China, too, is well-positioned to become a greater actor on the world stage, despite its past preference for playing a supporting role. 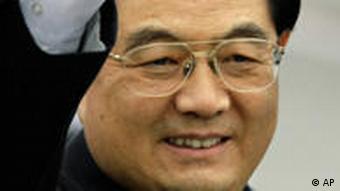 "China has realized that it might become a global power much faster than it thought," says Renard. "And the US is realizing that now, too. It is treated as a de facto global power by the US, at least with regard to economic matters, with the two countries for all intents and purposes forming a 'G2'."

But while the thought of China as a superpower is perceived by many in the West as a threat, Renard says that it's an unfounded fear.

"The world today is characterized by interdependence," he says. "Even for China, it's not a time to think about individual gains, rather it's about minimizing the damage that we all suffer."

The "rise of the rest"

While Renard is certain that the current trend is from a unipolar world to a multipolar one, he says we're unlikely to witness the emergence of a new superpower to rival the US anytime soon.

"To be a world power, you need more than money," Renard said. "You need military power and soft powers, such as cultural power. And in these respects, the US is still the leader."

Instead, Renard says it's more accurate to talk about bad US policies that have damaged American influence abroad coinciding with the "rise of the rest."

The "rest" not only includes new emerging powers, such as the BRIC nations, but also "non-state actors such as transnational organizations like al Qaeda and supranational institutions like the EU, all of which are increasingly challenging American predominance."

President Vladimir Putin has slammed the West as Russia is hit by sanctions. He called on emerging economies to cooperate with Russia as the Kremlin seeks to reroute trade.