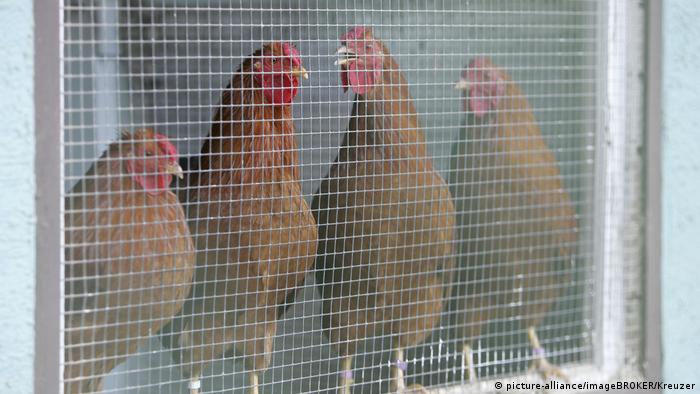 A wild white-fronted goose has been identified as having the pathogen in the German state of Brandenburg, a few miles from the Polish border. The virus has recently been discovered in parts of Eastern Europe, but this is the first confirmed case in Germany this season.

The highly contagious virus tends to spread very quickly. Tens of thousands of birds have already been culled throughout Romania, Belarus, Hungary and Poland in January alone. Additional cases have also been confirmed in Slovakia and the Czech Republic.

The virus tends to affect bird populations in the months of December and January.

Half a million birds culled in 2017

In the winter of 2016-2017, half a million birds had to be culled in Germany in one of the worst outbreaks ever.

The most recent outbreak probably returned to Europe via migratory birds from East Asia, experts say. The news comes as dozens of people in China have been struck down by a new pneumonia-like virus.

The Friedrich Loeffler Institute identified the 2017 outbreak as the worst epidemic of this particular flu ever in Europe. This strain of avian influenza normally does not infect humans, but several cases were reported in Germany in 2017, mostly by people who had visited or spent time at poultry markets.

ed/cmk (with files from dpa)

Nearly 9,000 geese to be culled as bird flu spreads in Germany

Authorities in the northern German state of Schleswig-Holstein are planning to kill 8,800 geese on two farms after some were found infected with avian flu. Cases have recently been registered throughout the country. (20.11.2016)

The H5N8 virus currently has a "strong tendency to spread," agricultural experts have warned. The pathogen has been detected in 10 German states, as well as in Denmark and Switzerland. (23.11.2016)