The H5N8 virus currently has a "strong tendency to spread," agricultural experts have warned. The pathogen has been detected in 10 German states, as well as in Denmark and Switzerland. 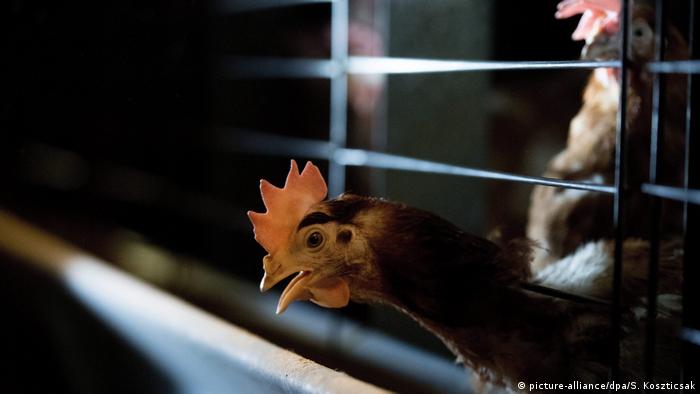 Since it was first detected in Germany earlier in November, the Friedrich Loeffler Institute, a body tasked with animal health issues, warned on Wednesday that a strain of the bird flu virus was quickly spreading across the country and through Europe.

"We are currently seeing an extremely dynamic process with a strong tendency to spread," said the institute's president, Thomas Mettenleiter.

Compared to the spread of the H5N1 bird flu virus that hit poultry farms 10 years ago, Mettenleiter said the current rate of infections was very high. He said that the disease is spreading rapidly from wildfowl to domestic foul kept in sheds.

Experts suggest that the disease could also be spread by predators killing infected wildfowl, and spreading the ripped contents of their innards.

The H5N8 virus, which research suggests is not dangerous to humans and other mammals, such as cats and dogs, has been detected in 10 German states since it was first registered on November 8. It has affected productive poultry in the states of Schleswig-Holstein and Mecklenburg-Western Pomerania. Other regional German authorities have already prohibited the transportation of chicken, ducks, geese and turkeys across state lines. 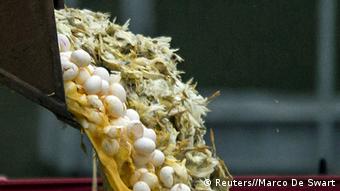 Two years ago, poultry farms hit by the bird flu virus across Europe were forced to dump eggs and chickens

Dozens of farms in Denmarkand Switzerland are also reported to be infected. Germany's farming sector looks set to take a hit as Israel, Japan, South Africa and South Korea have already restricted imports of German poultry.

German Agriculture Minister Christian Schmidt said his department was keeping a careful eye on the situation. Schmidt said a nationwide order to keep all poultry within stables has been prepared and could be ordered, if necessary.

However, Schmidt ruled out any Christmas geese being infected, as the "majority have already been slaughtered." Nevertheless, he urged consumers to pay attention to hygiene rules when handling poultry meat, "as one always should".

On Sunday, it was reported that the Ministry for Agriculture in the northern German state of Schleswig-Holstein has ordered 8,800 geese on two poultry farms to be killed after some of the animals were found to be infected with avian flu.

While there is no evidence that mammals can become infected, some authorities have marked off areas where domestic animals are not allowed to roam. This is primarily to counter the spread of the pathogen by, for example, infected dung sticking the animal's fur or paw.

The H5N8 infection was first discovered on the Russian-Mongolian border in June. After a umber of wildfowl were tested as part of a monitoring program. As well as Europe, instances of the disease have also been found in Iran and Israel.