Russia's Vladimir Putin will have few friends at the G20 summit in Australia if comments made Friday are any indication. Heated words have followed crippling sanctions for Russia’s alleged interference in Ukraine. 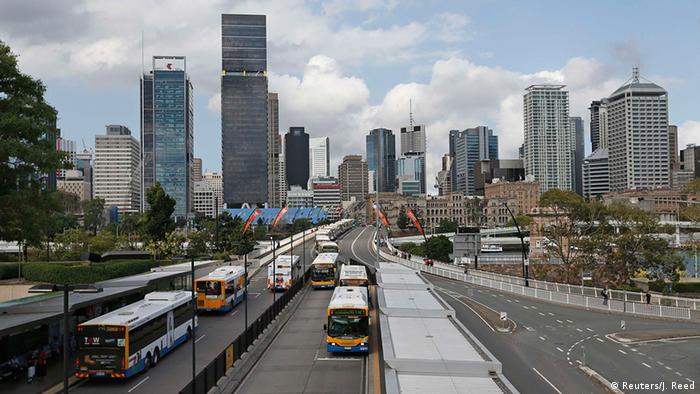 On Friday, a host of world leaders had few kind words for Russian President Vladimir Putin, who was set to meet with the very same officials at a G20 summit. German Chancellor Angela Merkel started off the day in New Zealand, where she disregarded this week's appearance of a Russian fleet in international waters off Australia's coast.

"The Russian ships are part of the Russian presence," Merkel said on Friday. "I find the violation of Ukraine's territorial integrity much more alarming."

Russia's relations with several nations have grown tense since the downing of a passenger jet over Ukraine in July. Kyiv and its allies have charged that Russia armed the separatists who launched the missile that brought down Malaysia Airlines Flight 17. All 298 passengers and crew, including 38 Australians, were killed in the crash. 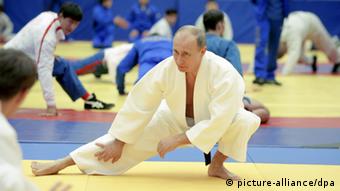 Australian Prime Minister Tony Abbott, a 56-year-old former amateur boxer, has previously vowed to "shirtfront" Putin, a 62-year-old judo expert, over the downing of MH17. The term refers to Australian football when a player charges an opponent. Speaking to the press on Friday, Abbott said Putin should "come clean and atone" for the plane's shooting down.

Abbott was much less accepting than Merkel of the flotilla of Russian navy ships off the coast of Australia. The country has sent three ships to monitor Russia's fleet, which also includes a tug boat and a refueling vessel. In a joint press conference with UK Prime Minister David Cameron on Friday, Abbott said that "Russia would be so much more attractive if it was aspiring to be a superpower for peace and freedom and prosperity ... instead of trying to recreate the lost glories of czarism or the old Soviet Union."

Late on Thursday, north European nations pledged military cooperation in the face of any threats from Russia.

Also on Thursday, Russian officials denied sending military hardware to separatists in Ukraine. Speaking to Australia's parliament on Friday, Cameron warned Russia that the country would face further sanctions if it did not commit to resolving the conflict in Ukraine, calling Moscow's actions there "unacceptable".

"It is a large state bullying a smaller state in Europe," Cameron said. "We've seen the consequences of that in the past and we should learn the lessons of history and make sure we don't let it happen again."

Separatists have fought Ukrainian government forces since April in a war that has claimed more than 4,000 lives and driven hundreds of thousands of people from their homes.