Annalena Baerbock is Germany's first female foreign minister. According to the new government's coalition agreement, she wants to pursue a "feminist foreign policy." But opinions differ as to what that actually means. 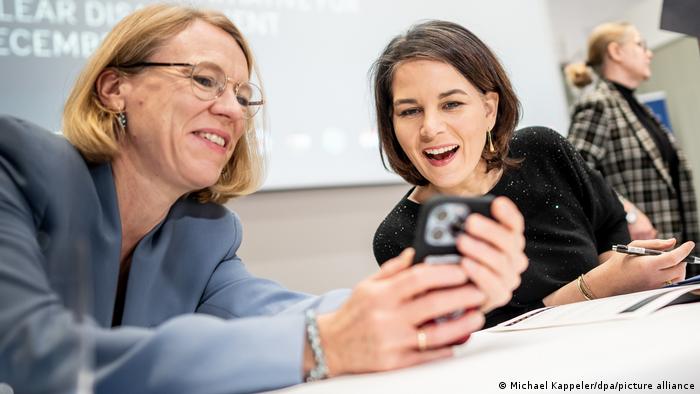 In 2014, the Swedish Social Democrat Margot Wallstrom called for equal rights for women worldwide. She demanded that women be equally represented in politics, business and society, and also have access to the same resources.

"Feminist foreign policy" became the official policy of the Swedish government and found favor in a number of other countries as well, including Canada and the Netherlands.

But the concept remains somewhat fraught.

Angela Merkel: Her legacy for women

In Germany, Kristina Lunz has been at the forefront of this movement. Together with others, the feminist and social activist founded the "Centre for Feminist Foreign Policy" in Berlin, which advises, conducts research and makes policy proposals aimed at forging a different brand of foreign and security policies.

"Feminism tries to smash structures that rely on violence," she told DW. She cites the fight against terrorism as one example: 90% of terrorists operating worldwide are men.

She believes the reason for this is that society promotes aggressive behavior in boys, while raising girls to be more passive. These "patriarchal structures," she thinks, contribute to most terrorists being men. 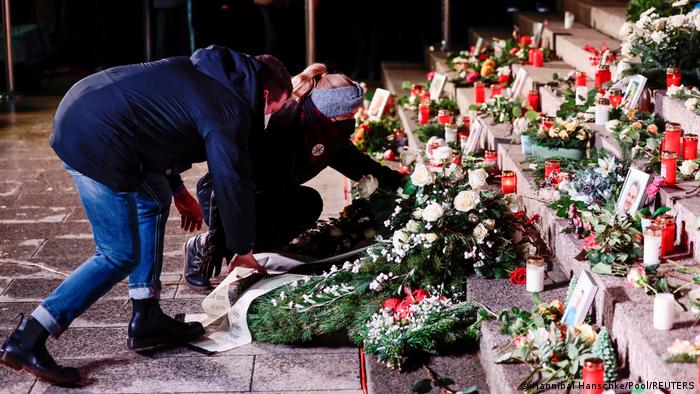 Terrorist attacks, like that which took place at Berlin's Breitscheidplatz being memorialized here, are committed largely by men

Those who promote feminist foreign policy believe that such patterns are prevalent in foreign and security policies as well. These are predominantly shaped by men and, in Lunz's view, too often rely on force. States arm themselves to take preventive action against such terrorists, while also engaging in violence if necessary.

Feminist foreign policy, on the other hand, calls for the peaceful resolution of conflicts. Lunz is also against stationing nuclear bombs on German soil.

Carlo Masalla, an instructor at the German Bundeswehr University in Munich, is no fan of unilateralism when it comes to disarmament. He told Germany's foreign broadcaster that if Western countries spent less on defense, Russia would view this as a weakness and respond with everything but disarmament.

He believes that feminist foreign policies, as they currently stand, require more clarity. And there's even division among its supporters, he said, between adherents espousing a "maximum version" and those favoring a "realistic approach."

The first group seeks a peaceful, utopian version of foreign policy at all costs; while the other is primarily concerned with getting more women into positions of power in public diplomacy, the military and civil society. 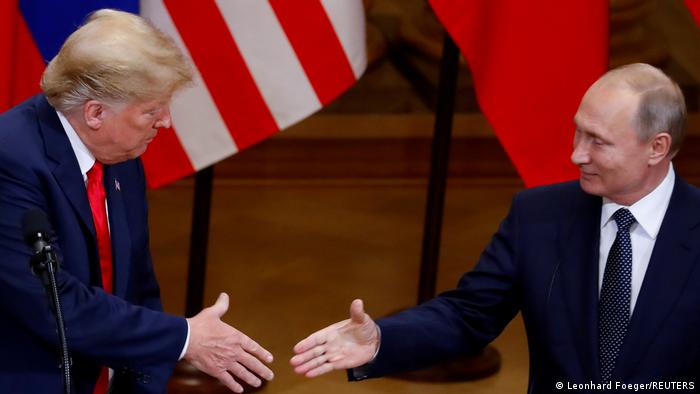 Most foreign policy is dominated by men and therefore marked by agression, the theory goes

Viola von Cramon is a member of the German Greens in the European Parliament. She told DW that as a pragmatist, she believes feminist foreign policies should place women at the center of negotiations.

Women's issues need to be emphasized more strongly than in the past, she continued. On paper at least, the European Union says it wants an equal number of men and women negotiating the issues of the day. But in reality, this is often not the case.

Von Cramon cites Kosovo as an example of what successful feminist foreign policy looks like. Among Serbs and Kosovar Albanians, she said, there are many socially active women's groups. These remain in close contact with one another and work together in a spirit of cooperation.

According to von Cramon, such groups have been able to make progress that men and their governing structures have so far prevented . 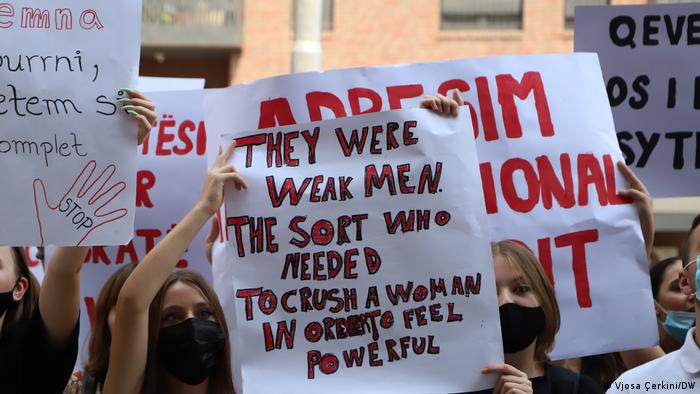 Social groups of women in Kosovo, such as these protesting the murder of women and girls, help bring about change

Divvying up the world more fairly

Von Cramon fears that a certain division of labor that was present within Angela Merkel's government will continue under the new chancellor, Olaf Scholz.

The concern is that the chancellery will continue to take care of the "big players" like the United States, China, France, the EU and Russia, while leaving smaller fish to the Foreign Ministry.

She criticized former Foreign Minister Heiko Maas for allowing himself to be, as she put it, "demoted" in this way. She hopes that Annalena Baerbock will bring more strength to the Foreign Ministry, and not just hand everything over to the chancellery.

Masalla, however, does not think this will happen, and predicts that the chancellery will continue to focus on the "big players." He believes that the old division of labor will continue under the new government, and that Annalena Baerbock will simply have to get used to it. 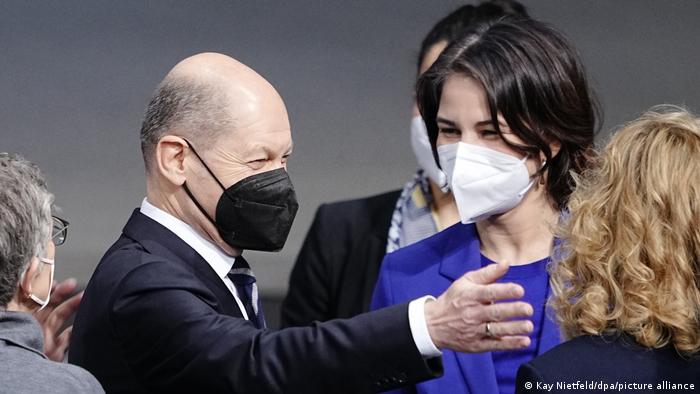 German Foreign Minister Annalena Baerbock (right) should take a tougher line with new Chancellor Olaf Scholz (left) regarding who deals with which country, some think

The contradictions of feminist foreign policies are quite visible upon taking a closer look at Sweden, Masalla pointed out. In 2014, it vowed to pursue a feminist foreign policy; yet during the last ten years it has been one of only a few European countries to increase defense spending. This is based on a perceived threat from Russia.

Both von Cramon and Masalle agree that Germany's new foreign minister has already adopted a much harder stance towards Russia and China, and appears to be committed to the idea of a feminist foreign policy agenda.

After all, part of the plan is to promote more women within government agencies, including the Foreign Ministry.

A new study examining equal opportunity for women in German political parties shows a majority of female politicians under the age of 45, from local to national levels, have experienced some form of sexual harassment.