A new study examining equal opportunity for women in German political parties shows a majority of female politicians under the age of 45, from local to national levels, have experienced some form of sexual harassment. 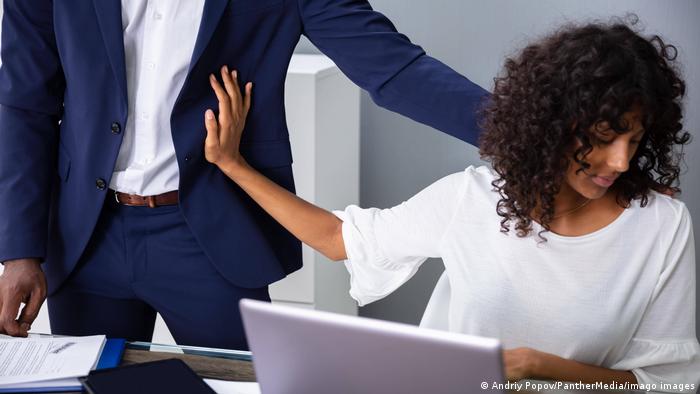 Harassment included touching and inappropriate or suggestive remarks about appearance, figure or clothing

A new study released Thursday shows that many female politicians in Germany have encountered sexual harassment at some point in their careers.

The Berlin-based European Academy for Women in Politics and Economics (EAF) published the study, "Party Cultures and Women's Political Participation," which examined hurdles women in Germany face while working in politics.

The results were based on data compiled by the Allensbach Institute for Public Opinion Research.

How did the harassment take place?

According to the study, 40% of women surveyed had experienced "sexual harassment in the sense of unwanted and inappropriate remarks, looks or touches."

Among the under-45 age group, 60% of the respondents reported being sexually harassed.

Angela Merkel: Her legacy for women

For the study, more than 800 officeholders in Germany's federal, state and local governments coming from all six political parties represented in the Bundestag were interviewed about their experiences.

"Across parties, there are reports of inappropriate, suggestive remarks about appearance, figure or clothing," the report's authors said.

The authors said that sexual harassment and sexist remarks occurred at all political levels, and called for a cultural change in politics.

What else did the study show?

Overall, the study examined the question of how women perceive their situation in political bodies and within political parties.

The study showed that 65% of female politicians said they are subject to different expectations in terms of their appearance and behavior.

Another major finding was a large discrepancy between male and female politicians in assessing issues of equal opportunity.

For example, the study said women see a variety of reasons for being underrepresented in politics, such as late meeting times or argumentative styles of communication. However, the majority of men surveyed believe that women are simply less interested in politics.

Women currently occupy a little over a third of the seats in Germany's lower house of parliament, the Bundestag.

Women: A minority in the German Bundestag