Chancellor Angela Merkel is an inspiration, while Hillary Clinton's feminism is an illusion, says American social critic and political commentator Camille Paglia. She also explains why Donald Trump may win a second term. 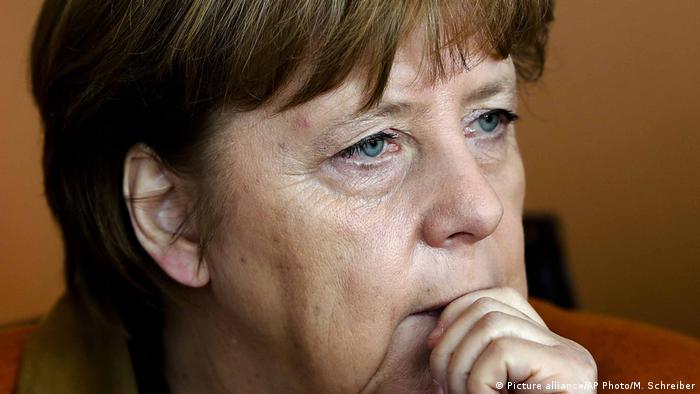 Camille Paglia has been causing nothing but controversy ever since her first book, "Sexual Personae," became a bestseller in 1990. The publication, which covers everything from sex to art and the decadence of both in Western culture, has earned her a reputation as an "anti-feminist feminist" and even led Gloria Steinem to say, "Her calling herself a feminist is sort of like a Nazi saying they're not anti-Semitic."

In her latest, seventh book "Free Women, Free Men" (2017), Paglia argues that modern feminism infantilizes women by overprotecting them and prevents them from taking full responsibility for their sex lives. The title is just as straightforward, radical, and thought-provoking as her previous ones.

For DW, Paglia, who is a professor at the University of the Arts in Philadelphia, talked about Hillary Clinton, Donald Trump, and Angela Merkel, three political figures at the heart of the current sociopolitical debate.

DW: In one of your essays for "Time" magazine, you described Angela Merkel as "the best model for aspiring women politicians." What did you mean by that?

Camille Paglia: What I have always admired about Angela Merkel is her ability to project confident leadership while also maintaining her naturalness and spontaneity as a real person with a rich personal life. She gardens, she cooks, she loves both sports and opera!

The contrast to Hillary Clinton as a public figure is immense. Hillary lives like a darkly brooding Marie Antoinette, barricaded behind her wealth and security guards. She seems to have no hobbies and few interests, aside from her pursuit of money and power. 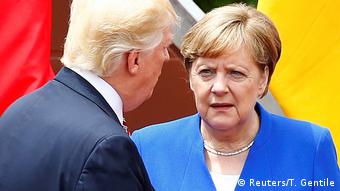 Every public appearance is carefully scripted in advance for maximum publicity. She is stiff and guarded, incapable of improvisation, which is why she held virtually no press conferences at all during her presidential campaign.

Everything she does or says is researched and poll-tested by an army of hired sycophants. A recent book, "Shattered: Inside Hillary Clinton's Doomed Campaign," has revealed that even the top managers of Hillary's own presidential campaign were often unable to speak to her directly. Everyone had to go through her chic courtier and major-domo, Huma Abedin.

I love the way that Angela Merkel is completely content to look exactly her age. She has a relaxation, a comfort within her own skin, without all the glamorous, artificial interventions of Hillary's fancy cosmetics, luxury hair styling, and expensive designer clothing. I regard Merkel as an important role model not simply as a politician but as a mature woman of the world.

It must be emphasized that I am not in any way evaluating Angela Merkel's policy decisions, where there is reason for controversy, notably about immigration. However, in my view, Merkel has achieved the most successful persona yet for a modern woman politician: She is steely and pugnacious in conflict, yet she exudes warmth and humor, an ease with ordinary human life.

Despite the current social climate, Hillary Clinton lost the US presidential election. Why do you think she wasn't able to convince more women voters?

While she clearly had many supporters who were eager to help elect the first woman president, Hillary Clinton was a terrible candidate with a seriously flawed record as a public figure. Although I admired her in the early 1990s, when I voted twice for Bill Clinton for president, I began to recognize Hillary's many deficiencies. 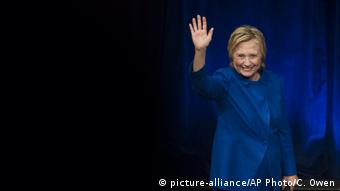 Clinton built her success on a man, criticizes Paglia

Hillary's alleged feminism is a mirage. Her entire prominence is due to her attachment to a man - that very charming and talented politician, her husband. Even Hillary's job as a partner in a prominent law firm in Arkansas came from her marriage to Bill, who was then state attorney general. Hillary's original intention to become a lawyer in Washington, D.C. was blocked when she failed the Washington bar exam and did not re-take it.

Although she claims to support women and children, Hillary herself has never initiated or established any program to serve their needs over the entire period of her public career. Yes, she has supported other people's programs or signed her name as a co-sponsor, but she has spent most of her time soliciting political favors and accumulating mountains of money.

Hillary accomplished nothing as a senator and very little as Secretary of State - except for her bungling of Benghazi and her destabilization of Libya, worsening the North African refugee crisis. The Clintons' corrupt control of the Democratic Party apparatus led to the theft of the presidential nomination from Senator Bernie Sanders, whom I supported and voted for in the Democratic primary.

Lawsuits have just been filed against the Democratic National Committee because of that outrageous episode. Many people who voted for Hillary were simply frightened of her impulsive and little-known opponent, Donald Trump, who had never been a politician.

- Hillary Clinton returns to politics with launch of new organization

Although you are a registered Democrat, you voted for Jill Stein and the Green Party in the 2016 elections. What is your opinion on Trump?

My attitude toward Donald Trump was very negative for decades because I regarded him as an art vandal. The incident that caused my animosity was Trump's impatient destruction in 1980 of the beautiful Art Deco relief sculptures, requested by the Metropolitan Museum of Art, which adorned the façade of the old Bonwit Teller department store on Fifth Avenue in Manhattan.

That 1929 building was in process of demolition for the construction of the present Trump Tower. But Trump was in a big hurry, and the sculptures were without warning jack-hammered to bits. It was a terrible loss to New York's cultural heritage.

When Trump began his quest for the 2016 presidential nomination, I dismissed him as a "carnival barker," wildly unprepared for American politics. However, none of the other Republican candidates had enough practical ideas or sufficient power of personality to impress the voters, so Trump surprisingly conquered all of his opponents.

I was forced to take Trump seriously for the first time when, after the first Republican debate in August 2015, I saw a forceful and hilarious pro-Trump video on the web by Diamond and Silk, two African-American sisters in North Carolina. Suddenly I saw Trump's populism with crystal clarity.

From that point forward, I sensed the shift in the United States toward Trump - which continued all the way to the election, which all the mainstream media clustered in Manhattan and Washington arrogantly assumed Hillary would win in a landslide.

You have repeatedly said that Trump will win the 2020 elections. Why do you think so?

After their tremendous surprise defeat, both the Democratic Party and the mainstream media needed to rapidly shift into scrupulously honest soul-searching in order to discover where they went so wrong during the presidential campaign. How had they become so disconnected from the nation as a whole? Hillary Clinton's votes came massively from the East Coast, the West Coast, and the big cities, where vote-counting has always been notoriously unreliable, with Trump's support blanketing a huge preponderance of the physical geography of the US.

For the Democratic Party to win the 2020 presidential election, it must urgently enlarge and correct its strategy - and it must find younger, stronger candidates who could speak persuasively to the many regions of the country that rejected Hillary.

But shockingly, neither the Democrats nor the media seem to have done any soul-searching whatsoever. They continue to ignore, underestimate, or misinterpret too many of the nation's ongoing problems and concerns - such as jobs, immigration, and terrorism - that led to Trump's victory in the first place. 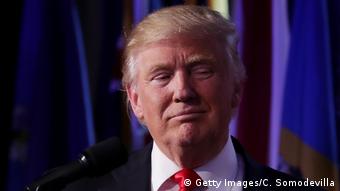 Instead, both the Democrats and the media are fanatically focused on Trump himself, just as Hillary foolishly did during her failed campaign. This is not a good strategy to retake the White House. For over six months since the election, there has been an atmosphere of hysteria and mob rule that may cause a backlash among American voters.

It is certainly possible that Trump may make a major blunder that will lead to his impeachment. But right now, the Democrats seem to be sabotaging themselves. I am still hoping that younger Democratic leaders will soon emerge to re-stabilize the party. Right now, I am watching the new senator from California, Kamala Harris, who I think has a very promising future as a national candidate.

While you have always described yourself as a feminist, you have also been one of feminism's most vocal critics, especially regarding its social-liberal tendencies. Why?

I am an equal opportunity feminist. That is, I demand the removal of all barriers to women's advance in the political and professional realms. However, I oppose special protections for women, such as workplace quotas or campus procedures that favor women during sexual assault complaints. I want total equality before the law.

In my view, special protections of any kind infantilize women. My code of Amazon feminism is based on the empowerment of the individual: Women must not regress to a pre-feminist past to become passive wards of the state.

Where do your viewpoints come from? 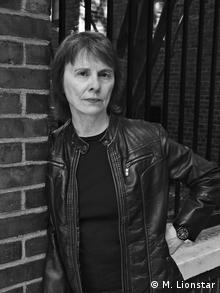 As an adolescent in the early 1960s, I was directly inspired by first-wave feminism, the 19th-century protest movement that led to American women winning the right to vote in 1920.

I learned about feminism through my obsession with the aviatrix Amelia Earhart, whom I read about in a 1961 newspaper article. For the next three years, I obsessively pursued a research project into Earhart and her era. No one was talking about feminism at the time, but I was drawn to the subject because of my own aggressive, outspoken personality, which did not conform to standard definitions of femininity during that period.

By the time second-wave feminism was born in the late 1960s, I came into fierce conflict with the new feminists over many issues - above all their neurotic hatred of men and their puritanical hostility to sexual images in art history and Hollywood movies.

I was 16 years old and had just read Simone de Beauvoir's "The Second Sex." Valentina Tereshkova, a Soviet cosmonaut, had just become the first woman launched into space. "Newsweek" published my letter to the editor, along with a photo of Amelia Earhart: I invoked Earhart's precedent in protesting the exclusion of women from the American space program. I explicitly demanded "equal opportunity" for American women - and that remains my ultimate principle.

What it's like teaching women English in a German prison

German prisoners are paid to learn. Education is a right, even in prison, and it can reduce criminal relapse. DW's Jon Shelton, who also teaches women English in a Cologne jail, shares some of his experiences. (30.05.2017)

Periods, menstruation, the "curse": Who manages to talk about this nonchalantly? The aim of Menstrual Hygiene Day is to help overcome embarrassment and shame. Let’s talk openly about periods – all over the world. (28.05.2017)