Female genital mutilation feels ′like living in a dead body′ | Germany | News and in-depth reporting from Berlin and beyond | DW | 06.02.2020

Female genital mutilation feels 'like living in a dead body' 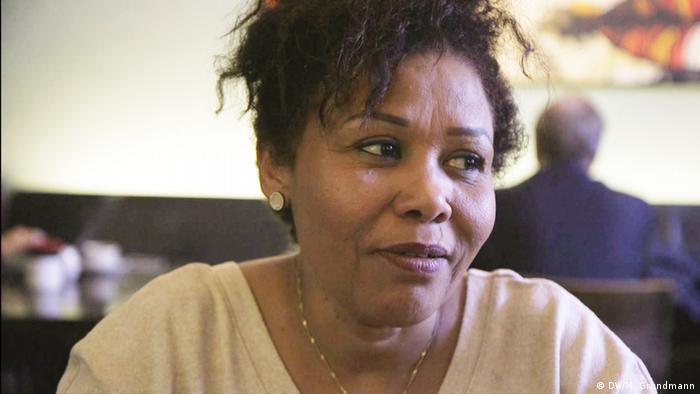 After Shadia Abdelmoneim's third child was born, while she was still under anesthetic, her midwife performed female genital mutilation (FGM) on her without her consent. It led to a lengthy period of shock thereafter where she found it difficult to trust anybody, but Shadia also vividly recalls the moment she realized what had happened.

"I wanted to go to the toilet, but something wasn't right. I couldn't walk and was in considerable pain. When I saw what she had done, I was shocked. She'd cut everything open and then sewn it closed. I had no idea what to do."

Shadia, already fighting against female genital mutilation and for women's rights as an activist in Sudan, was in her mid 30's at the time. She started living in a constant state of fear for her three daughters; she could barely let them out of her sight.

"How could women do something like that to one another, how?" she asks, her eyes welling up with tears. "Being circumcised is like living in a dead body." 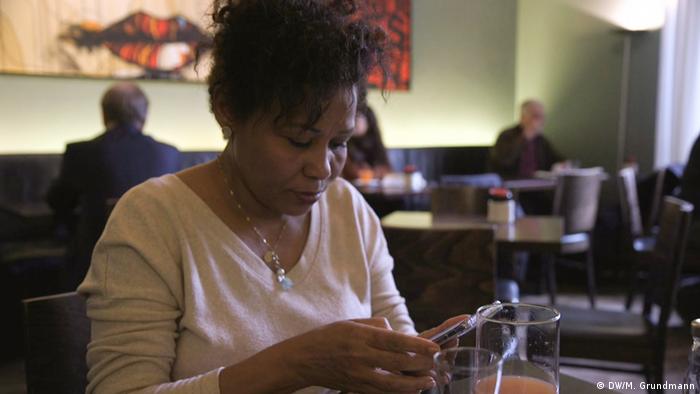 FGM can cause many medical problems

Shadia came to Germany in 2015. She found assistance at the Desert Flower Center medical charity in Berlin — not least help with her ongoing medical complications after FGM.

Read more:  Helping the victims of FGM in Africa

Dr. Cornelia Strunz works at the Desert Flower Center. She advises women who have undergone FGM, for instance on the possibility of another operation to undo some of the damage.

"Many women have problems emptying their bladder after FGM," Strunz says. "Menstrual blood can't drain properly. For some, sex becomes practically impossible. Women can also develop fistulas — connections between two body parts which should not exist at all in normal circumstances. One example would be a link between the vagina and rectum, leading to them passing stools through the vagina. Obviously, that's not very easy to live with." 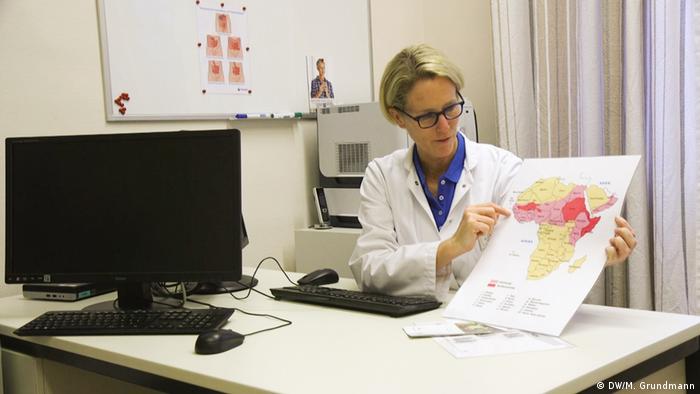 Shadia has undergone an operation at the Desert Flower Center herself. She says she's been pain-free since then and feels like "a whole woman" again. She's continuing her battle against FGM from German soil now.

Read more:  Where does the Arab world stand on female genital mutilation?

More and more girls in Germany at risk of FGM

For Shadia knows better than most that the barbaric tradition remains an issue even on a different continent from the "FGM Zone," namely the regions primarily in Africa and Asia where female circumcision remains a fairly common practice.

More than 70,000 women living in Germany have undergone FGM, and 17,000 girls are thought to be at risk. These numbers are rising, Dr. Strunz says, because more people from the FGM Zone have been migrating to Germany in recent years.

Many families in Germany will visit their countries of origin, perhaps during the summer holidays, while a few even fly in FGM practitioners in secret — performing a female circumcision is illegal in Germany — to carry out the ritual on their children. 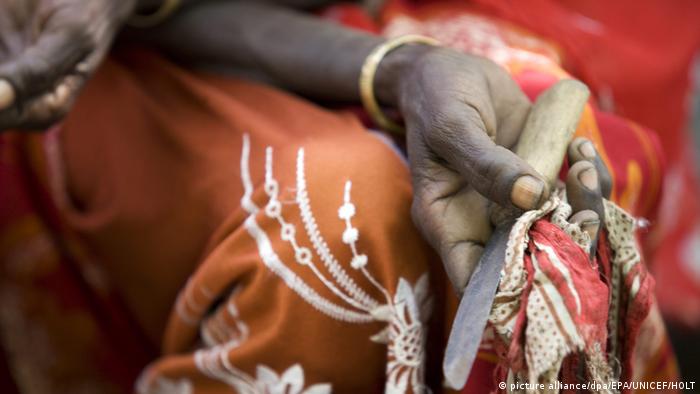 If discovered, the families could also face criminal charges, yet many either do not realize this, or are not deterred. Shadia has firsthand experience of this from visiting bespoke Facebook groups where women exchange views on their plans to circumcise their girls. She thinks a lack of information is one of the main problems.

"If these families really knew that their right to reside in Germany was at risk, or that they could go to jail, then they would not do it," she says. "The German government could achieve a lot here." However, information campaigns can be expensive, and the target audience, in this case, speaks an array of different languages, often still with limited German. Reaching them can be a challenge.

Teacher training the key in schools?

"But beyond that, we really must train the professionals in constant and daily contact with these at-risk girls," Weil says, meaning schoolteachers in particular. "Many teachers and school staff aren't well informed, and don't recognize the warning signs that a girl's at risk of FGM. Sometimes, they also struggle to approach the issue in a sensitive manner."

Weil is calling for the German government to set up a long-term fund aiming to tackle FGM and raise awareness in at-risk communities, warning that "a thousand-year-old tradition cannot be abolished in a couple of years."

One step is being taken in Berlin already. The city state's local government has funded and is setting up an anti-FGM coordination center in the capital, set to start its work later this year.