Germany's eastern state of Saxony has gone into early lockdown over a surge in coronavirus infections. Speculation is rife as to why the sparsely populated border region with the Czech Republic is seeing such a spike.

The small town of Bautzen, tucked away in Germany's far southeastern corner, has recorded a dramatic 641 new coronavirus infections per 100,000 people over the last seven days, according to the Robert Koch Institute. To compare, the national average is 176 — a number that is still far too high. That's why stores, schools and kindergartens are closing across Germany once more from Wednesday. All contacts will be reduced once again, with the authorities bringing back more bans on public life.

In response to the surge in infections in Saxony, where Bautzen is located, the state has gone into lockdown two days early.

Reichen Street, Bautzen's main shopping thoroughfare, is deserted. Most of the shop windows in the pedestrian area are dark, and only a few people are out and about in the city center this morning. 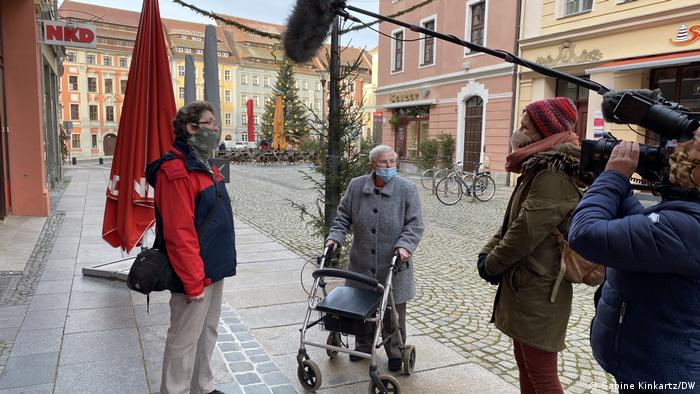 Struggling to keep up with new restrictions

Face masks must now be worn in all public spaces, and most people are complying — though in many cases reluctantly.

"I don't think much of it," says an elderly woman pushing a walker, her mask not covering her nose. But she wears the mask because it's mandatory.

The lockdown and the strict regulations are "a mess," she tells DW, adding that she is struggling to keep up with the changes. "I don't know who is allowed to visit each other at Christmas— I just don't understand."

The new regulations meet with more approval from an older man who wears a surgical mask positioned firmly on his face. Until a little while ago, he didn't want to believe in the pandemic threat. But his daughter works at a hospital, and has told him about her experiences there.

"Since then, I've changed my mind," he says. "It's good that everything is closed now."

Coronavirus deniers to blame for infections?

Passersby don't have an answer as to why Saxony has seen such a high infection rate, but experts have offered up some explanations and theories. One is that Saxony is home to a particularly high number of people who refuse to wear masks. Among them is the group that regularly demonstrates against the coronavirus measures south of Bautzen on Highway 96 — and the openly far-right radicals who wave the black and red flags of the former German empire.

Heinz Krahl is unwilling to wear a mask, describing it as a "humiliating" muzzle. The 76-year-old is among those who doubt almost everything about the pandemic, questioning the number of infections, the development of vaccines and even the existence of the virus itself. 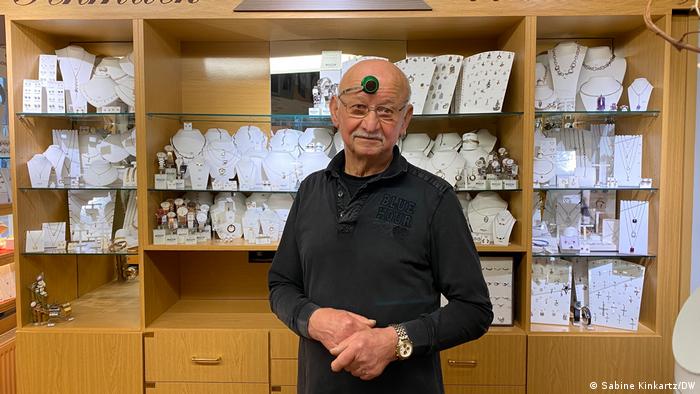 "There are many things happening that are not comprehensible and I really have to express my doubts, about objectivity and truth," says Krahl, who has run a watch and jewelry store in Bautzen for more than 30 years.

But Krahl still urges his customers to wear a mask. "You are protecting yourself and us from prosecution," reads a note that hangs on the front door of his store. He has highlighted the word prosecution in red.

The opinion that masks and social distancing are unnecessary is shared by the right-wing populist Alternative for Germany party (AfD), which has a strong presence in Saxony. Martin Dulig, the commissioner for eastern Germany for the center-left Social Democrats, believes the party is partly responsible for the latest pandemic developments.

The party has become "the parliamentary presence of the mask deniers," says Dulig. Comparing a map showing AfD election results with one showing especially high infection rates would quickly show a correlation, he adds. 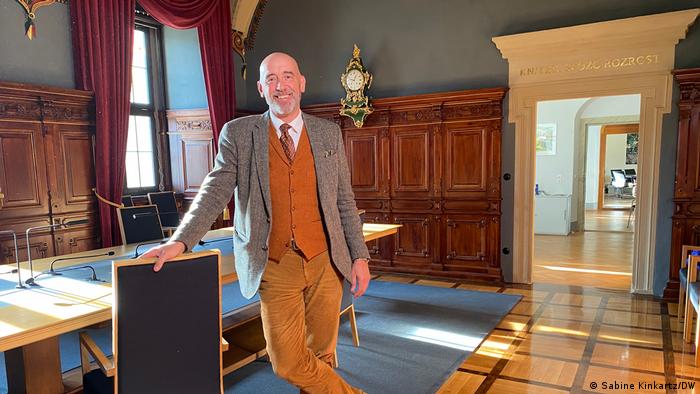 This is a theory that makes Bautzen Mayor Alexander Ahrens downright furious. The Social Democrat says it is "ludicrous" and "absurd" to claim "that a pandemic is aligned with political trends." Instead, he blames the high infection rates in the Bautzen region and in the Ore Mountains, which lie further south, to the proximity of the Czech Republic, where the infection rate soared a few months ago.

"This was to be expected in the border regions," he says. "We already said months ago that if the borders to the Czech Republic were not closed, then the wave would spill over. There is a lot of going back and forth here."

The Czech Republic is currently one of the countries most affected by the pandemic in Europe. Some 20,000 Czechs commute to the Bautzen region every day for work, and many people from southern Saxony also regularly travel to the Czech Republic to shop or visit friends. The same goes for eastern Saxony and its Polish border.

"There is more and more close contact here — and that is something we welcome, after all," says Ahrens.

He adds that no one is to blame for the high infection rate, which he is monitoring with concern.

"The hospitals in this region are getting full," Ahrens warns. "It will soon reach a level that we can no longer cope with."

Given the serious situation, Ahrens says the vast majority of Bautzen residents support the tough new lockdown measures. Those who are against them are a vocal minority, he believes.

"Of course, many people are asking whether it is really fair that those restaurants and small retailers who invested a lot over the summer to implement hygiene regulations are now also affected by the lockdown," he adds.

One such person is Gundolf Hänsel, who opened a cafe on Reichen Street just under a year ago. He had to close his business at the beginning of November in the wake of the partial lockdown, and now his future looks uncertain. 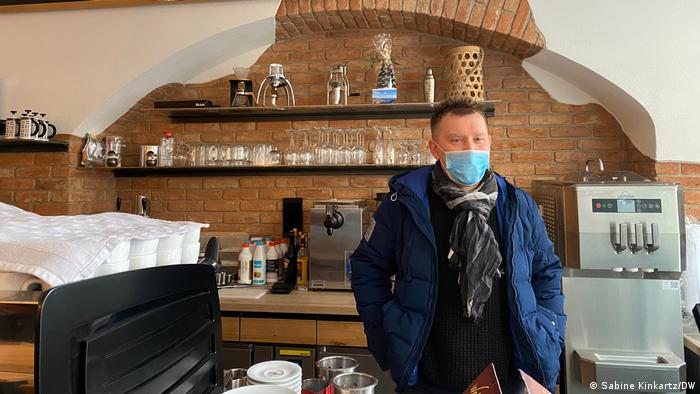 Hänsel believes his cafe won't reopen before March. In hindsight, he thinks the path that Germany chose in late October — the partial shutdown in which restaurants, theaters, cinemas and gyms were forced to close in November and December, while stores, schools and kindergartens remained open — was wrong, and didn't do any good.

When Hänsel talks to other retailers, they often deplore a lack of perspective and feeling of hopelessness. "I think politicians have made a lot of mistakes," he says.

He also believes there is a connection between the high infection rates in Saxony and the proximity to the Czech Republic and Poland.

"We should have acted faster and closed the borders," he says, agitated. "The politicians seem to be panicking, every week something different is decided."

Mayor Alexander Ahrens can understand the criticism, but he also knows his fellow Bautzen citizens don't like to be ordered around.

"If we had announced a hard lockdown back in October, when we had low infection rates, it would not have been accepted," he says. Ahrens thinks democratic societies will always have to practice trial and error first when faced with new problems and develop and align to measures in that way.

With the vaccine now ready for widespread use, he thinks there's light at the end of the tunnel. And he's determined to remain optimistic. "I don't think there is any reason for hysteria," he says.

Why is the eastern German state of Saxony so often associated with right-wing extremism? Henrik Böhme believes that while the rampant racism is inexcusable, the Saxons are widely misunderstood.