Fake letters incite hatred ahead of North Rhine-Westphalia elections | Germany| News and in-depth reporting from Berlin and beyond | DW | 09.05.2017

Right-wing extremists in North Rhine-Westphalia recently sent local residents fake letters in an apparent effort to influence voters ahead of upcoming state elections. DW spoke to a recipient of one of these letters. 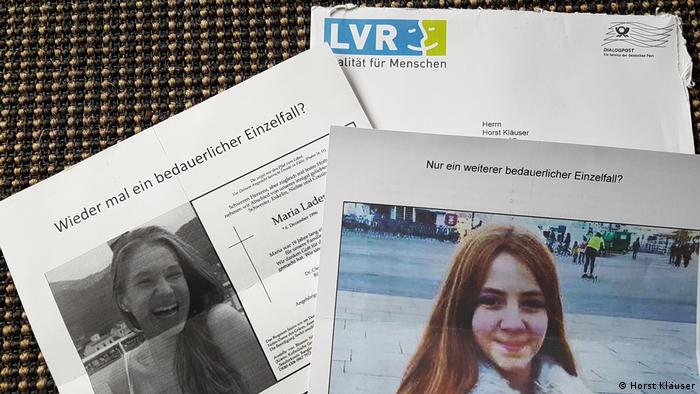 Horst Kläuser was appalled. Until recently, he had never received any mail from the Rhineland Regional Council (LVR). At first, seeing the organization's pleasant logo on the envelope did not arouse any suspicions. But inside was a lengthy hate letter. It had obviously been written by right-wing extremists who wanted to incite hatred against refugees. The misused logo belongs to an organization that fosters culture in the state of North Rhine-Westphalia, and also supports museums, hospitals and facilities for the disabled.

Fearing Russian influence and hacking, Dutch authorities plan to count election ballots by hand this year. Angela Merkel is being attacked in fake news spread by right-wing extremists. How can Europe protect itself? (09.02.2017)

The online platform "Schmalbart" was initially launched in response Breitbart News' ambitions to come to Europe. A few months on, despite some challenges, the activists say their goals are still as relevant as ever. (20.03.2017)

An Afghan asylum-seeker arrested for the murder of a student in Freiburg had already been convicted of a violent crime in Greece. Why wasn't he picked up in Europe's police search networks? (16.12.2016)

A woman wounded in a truck attack in Stockholm has succumbed to her injuries, raising the death toll to five. Police have not yet disclosed a motive for the attack and no group has claimed responsibility. (28.04.2017)

As North Rhine-Westphalia prepares to vote, security and bread and butter issues are at the forefront. Merkel has been rallying her party before the vote in Germany's most populous state. (05.05.2017)

The hate letter includes the obituary of a young woman from the southern German city of Freiburg who was allegedly murdered by a refugee seeking asylum. Also enclosed in the letter was the picture of a little girl who was the youngest victim of the terror attack in Stockholm. Both pages were titled, "Just another unfortunate, isolated case?"

"On the other side, there was a terrible picture," Kläuser told DW. The photo was also taken in Stockholm - directly at the scene of the attack. "The picture shows a body crushed by a truck. So they are insinuating that refugees are murderers and terrorists. The atrocity in the picture is hard to bear and that is surely why it was not published in normal newspapers," said Kläuser, who works as a journalist for WDR, a regional German public broadcaster. The image has appeared in right-wing blogs in the past, however.

The letter is not signed and there are no details on the sender, apart from the LVR logo. The letter does not solicit any illegal activities. "The media does not show these images because no one is supposed to see the truth," is written above the photos in the letter.

Also, whoever wrote the letter has appropriated a statement from the president of the German Police Union, Rainer Wendt, who has been quoted as saying, "We may have a welcome culture in Germany but no sympathy for the victims of terror attacks."

At first, Kläuser wanted to file charges against the unknown perpetrator. But little by little, he found out that he was not the only person to have received a fake LVR letter. In fact, numerous other people in the Bergisches Land region near Cologne, where he lives, also received similar mail. A member of state parliament has already contacted the Germany's domestic intelligence agency.

LVR itself has filed criminal charges and is considering further legal action. The organization has also asked Deutsche Post, Germany's national postal service, to investigate the incident. LVR did not want to disclose further details to journalists.

In time for state parliamentary elections

It appears as though the fake letter campaign aims to influence the upcoming state elections in North Rhine-Westphalia on May 14. Whoever wrote the letter may have chosen to misuse the LVR logo because it is considered to be a serious organization committed to helping disadvantaged people. The logo on the envelope may thus compel many unsuspecting recipients to open the letter. 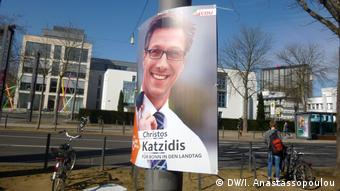 North Rhine-Westphalia is holding elections on May 14

Does a fake letter like that actually have the power to influence the outcome of the elections? Kläuser is cautious in his response. "It does not affect me; it disgusts me. On the contrary, it makes me determined to fight the right-wing groups even more."

Nonetheless, it is possible that some of the recipients may agree with the message. "The disgraceful thing is that the letter suggests that Freiburg and Stockholm are not isolated cases, but that it is an inherent trait of Muslim refugees seeking asylum to kill other people," says Kläuser.