German anti-populist network Schmalbart says: ′We will continue′ | Germany | News and in-depth reporting from Berlin and beyond | DW | 20.03.2017

The online platform "Schmalbart" was initially launched in response Breitbart News' ambitions to come to Europe. A few months on, despite some challenges, the activists say their goals are still as relevant as ever. 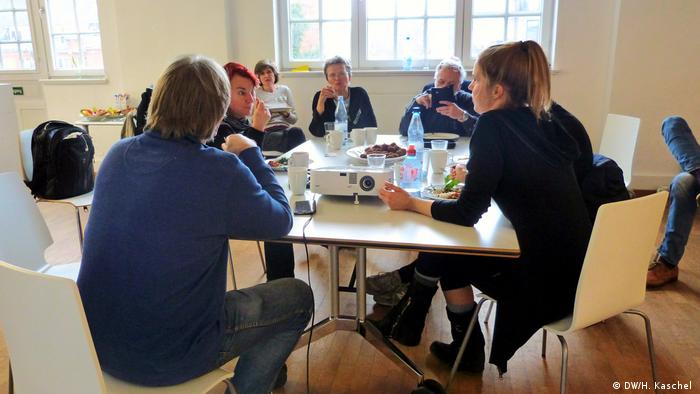 An icy wind blows over the cobblestones in the courtyard of the old tobacco factory in Hamburg. Publishers, agencies and architectural firms have moved into the brick building from 1903. It smells of hookah on the ground floor. Up a the spiral staircase, in a brightly lit loft, sits a group of men and women between their early twenties and late fifties on chairs arranged in a circle. The scene is a little reminiscent of a self-help group.

"I am here to strengthen democracy. I get scared when people are no longer able talk to with one another," says the man who begins the discussion. In front of him there is a table with laptops, tablets, coffee cups and sandwiches on it. "I don't want to stay speechless any more," says one woman. "The silent majority must finally defend itself," says another.

Gradually, the participants begin to introduce themselves. They are lawyers, business consultants, PR managers, IT specialists and a former social education worker. Daniela*, a PhD student with a blond ponytail, is doing her thesis on sustainability research. She says she is looking for her "political home" and is checking out different democracy initiatives at the moment. "I think everyone in this room has the feeling that people have to do something, to get involved again," she says. 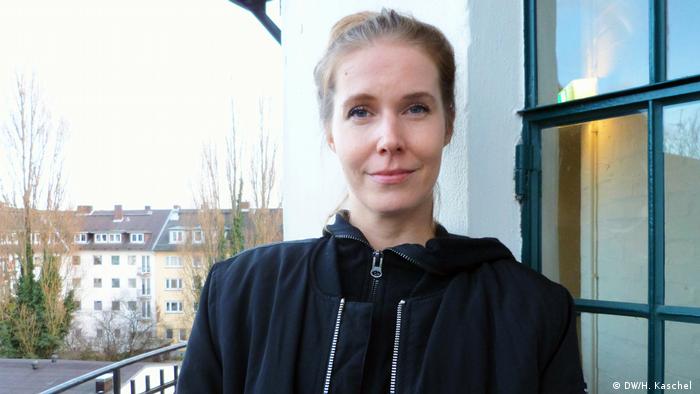 'Breitbart' is not the only problem

Daniela and the others have come because they are interested in "Schmalbart - a network that consists of people from various parts of society and opposes populism," as stated in the group's Twitter profile. They want to "create objectivity, have good debates and draw boundaries." Originally, the initiative was founded as opposition to the possible expansion of the right-wing populist US site "Breitbart News" to Germany. Soon, however, the initiative encompassed more than that.

In January, around 100 people met at a camp to discuss ideas for the fight against disinformation on the internet. The fact that the number of participants this time in Hamburg is clearly smaller does not bother Schmalbart's initiator, Christoph Kappes, at all. "If a group is too large, it lacks social cohesion. We want to do project work, and that means people have to work together in small groups." He actually underestimated this fact in the beginning, admits Kappes.

Nonetheless, the network has already got several things off the ground. It has created a "WatchBlog"- style blog that monitors populist online media in Germany. In a column on the Schmalbart website, journalists Ben Krischke and Frank Zimmer discuss "populism, politics, media and stereotyped ways of thinking." The network regularly tweets about Facebook debates in which hatred is stirred up - and asks readers to get involved in the discussion. 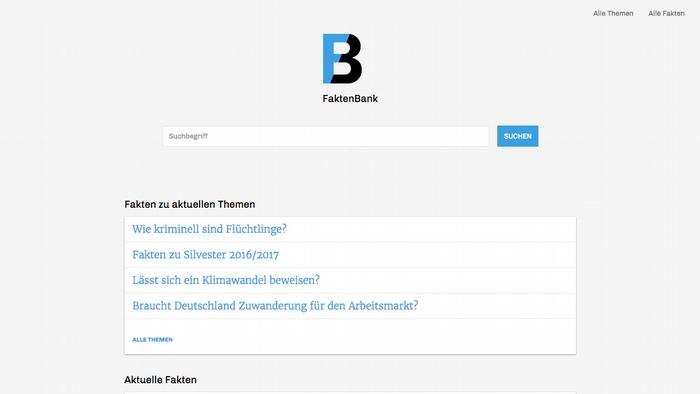 Some of the issues dealt with in the "Factbase": How criminal are refugees? Facts on New Year's Eve 2016. Is there proof of climate change? Does Germany need immigrants?

It has also planned an e-book series on the "New Right" and a new project called "Aggrogator" that is to list the most important and divisive debates on the web. Several Schmalbart members have been working for months on a "Factbase," partly during the "camp" in the old tobacco factory. Here, questions and statements are collected in an internal wiki forum on issues that are discussed particularly intensively in social media, such as crimes committed by immigrants, or climate change.

When researching facts, Schmalbart members turn to scientific institutions and authorities. The statements are then subjected to internal examination to ensure that they are correct before being put into the form of graphics that users can download and share in social-media discussions. However, the initiative still lacks professional graphic designers for this purpose.

On this day in Hamburg, it becomes clear why the Schmalbart experiment, which is funded by donors and a crowdfunding initiative, could possibly fail: Young and old people from completely different fields want to use their spare time to promote democracy and a better culture of debate in a joint effort. This makes the whole thing difficult to organize: One reason for the slow progress is the online communication in various chat groups.

There are also many debates about fundamental principles. "We have a lot of smart people here. But that also means that there is no end to the debates," says Dirk Moeller, a photographer from Hamburg who has been involved with Schmalbart for some time. The discussions revolve around the right strategy, the right use of language and the aspirations of the initiative. 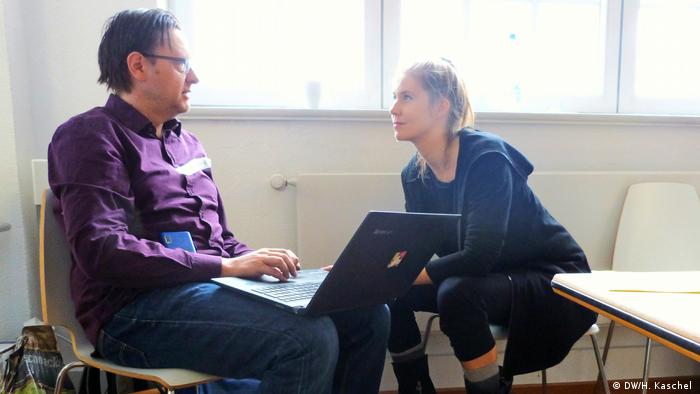 "Many of our projects have emerged from an oppositional attitude. But instead of just dissociating ourselves from our opponents, we have to develop our own narrative and vision for society," Moeller believes. Christophe Kappes laments the fact that the discussion on whether Schmalbart is simply opposed to something or whether it has its own positive objectives as well has been running since December. Partly in view of all the media attention Schmalbart received at the beginning, things are not moving fast enough for the IT entrepreneur: "I gave about 30 interviews. This naturally gave rise to certain expectations."

Schmalbart could trigger a movement - or dwindle into a debating club. But the members of the Hamburg "camp," at least, remained convinced by the initiative. Sociology student Jakob* already has ideas for a gamification project. PhD student Daniela is "impressed at how many unbelievable skills are gathered here." She still does not know exactly how she wants to get involved, yet insists, "But I want to work with you."

And Christoph Kappes is also satisfied. A four-day meeting is to be held in July at which some projects are to be finalized and well-known speakers are scheduled to make appearances. "We will continue. We will not bury our heads in the sand," says Kappes. It sounds more like a beginning than the beginning of the end.

*Surnames are not stated at the request of the interview partners.

We are running a series of reports about the establishment of Schmalbart. Read parts one and two here.