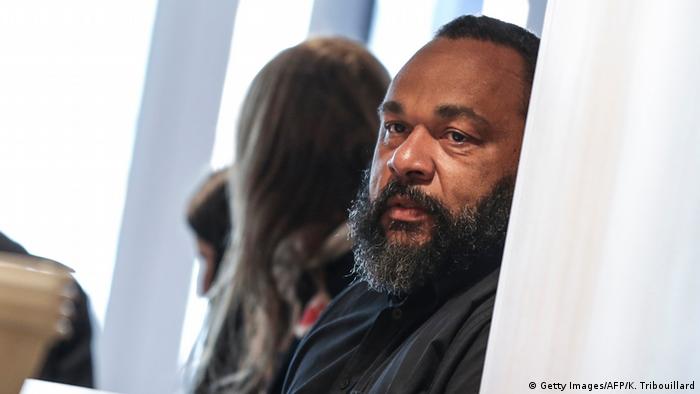 "In line with our policy on dangerous individuals and organizations, we have permanently banned Dieudonne M'Bala M'Bala from Facebook and Instagram," the company said in a statement shared with French news outlets.

"Banning a person permanently from our services is a decision that we always weigh carefully, but individuals and organizations hat attack others on the basis of what they are do not have a place on Facebook or Instagram," the statement continued.

The comedian, known simply by his first name Dieudonne, had 1.3 million followers on Facebook and 36,000 on Instagram, according to French newspaper Le Monde.

The decision comes a month after Google banned him from YouTube at the end of June for similar reasons.

The International League Against Racism and Anti-Semitism (LICRA) welcomed the ban as a "great victory."

"The air is more breathable this morning on social media," they wrote on Twitter. "An anti-Semite has stopped broadcasting."

Dieudonne has been convicted multiple times in both France and Belgium. He received a two-month suspended jail service in 2015 when he expressed sympathy for one of the terrorists involved in the deadly attack on French satirical magazine Charlie Hebdo in January of that year.

Dieudonne has collaborated with known Holocaust deniers in the past and has claimed that a "Zionist lobby" controls the world. He has also been convicted of tax fraud and money-laundering.

On trial for condoning terrorism, a French comedian says he condemns last month's Paris attacks "without any ambiguity." Prosecutors say Dieudonne supported the assailants on Facebook and should be fined 30,000 euros.

The European Court of Human Rights has denied an appeal made by the controversial comic Dieudonne M'Bala M'Bala. In its decision, the court called the comic's show anti-Semitic.