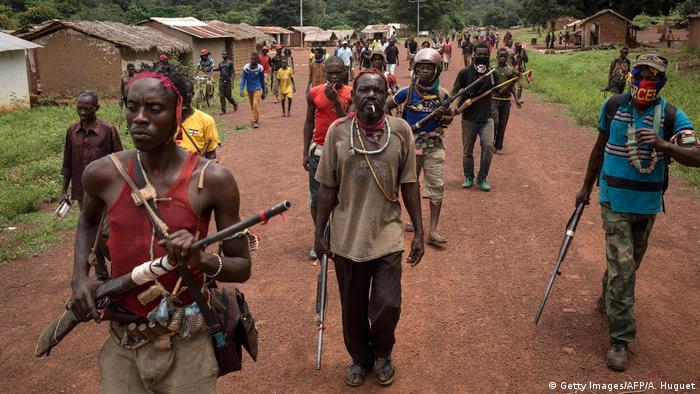 The Central Africa Republic (CAR) has seen intensified fighting and violence since the beginning of the year, with many fearing the country could collapse back into a full-blown conflict.

In August, Stephen O’Brien, the outgoing head of the United Nations humanitarian office, said the violence was showing "early warnings of a genocide" with increasing clashes between Muslims and Christians.

Religious leaders have since spoken out against the violence. The latest to do so is the archbishop of the capital Bangui, Cardinal Dieudonne Nzapalainga, who spoke to DW ahead of the World Peace Summit of Religions in Münster, Germany.

DW: The conflict in the Central African Republic is escalating once again. What is the Catholic Church doing to try to stem the violence?

Cardinal Dieudonné Nzapalainga: The Church is on the side of all of those who are affected by this violence. We are comforting them, helping them, supporting them like any mother. And the Church denounces these crimes and the violence in the name of the victims. We call on all parties involved to put down their arms and return to dialogue. As you know, the church has no weapons. Our weapon is the word, which we direct to people's minds and the hearts to convince them.

I have always said that this is not a religious conflict between Muslims and Christians. It is a military-political conflict. On one hand, we have people with arms and, on the other hand, the politicians who make statements about this conflict. Faith and religion are being misused and manipulated for political purposes. We want all sides to ask the war-mongers to put down their arms, enter into dialogue and create peace in the country. 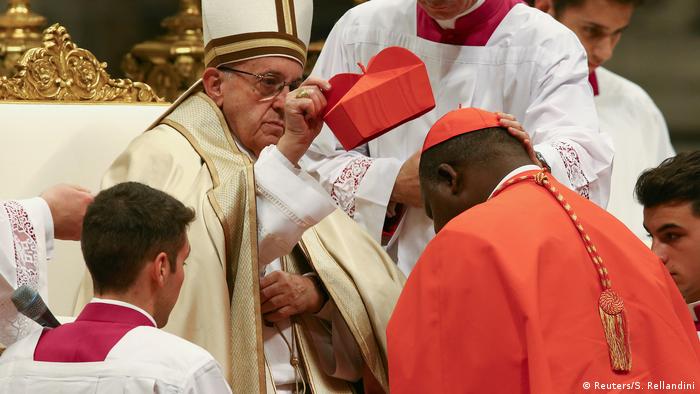 I myself have welcomed an imam, who was threatened, and offered him protection. If it had been a religious war, this would not have been accepted. Within the framework of this conflict there are Christians protected by imams and Muslims protected by priests. This is our way to make it clear that it is not a religious war.

The African Union has presented a roadmap to end the crisis in the Central African Republic. What do you expect? What is needed to end to the crisis?

In order to put an end to the crisis, all those who are armed must disarm and accept that they have to sit down at the table and talk to one another. ...They have to bury the hatchet for the roadmap to work. The difficult thing now is that people don't know what to do next. They have always lived with weapons and don't know how to proceed. That is why we have to look for alternatives, so that people don't despair but know where they can go.

Amnesty International has called for a robust mandate for MINUSCA, the UN peacekeeping mission in your country. What do you think is necessary to secure the country and protect its people?

We demand that those who come to us to create peace fulfill this task. People don't understand how the [UN peacekeepers] can carry weapons and sit in their vehicles only 500 meters away from where rebels are entering into their homes and terrorizing them. Everyone has to take responsibility for protecting the population, who are suffering

What do you expect from the international community, especially from Germany, to solve the crisis in the CAR?

The international community must not remain indifferent to what is happening in the Central African Republic. We live in times of globalization. What happens to us also affects the people here, in the northern hemisphere. Germany can make its contribution in military, security and political terms.

Cardinal Dieudonne Nzapalainga is the president of the Central African Republic Bishops' Conference.

The UN's aid chief Stephen O'Brien has briefed the Security Council on the ethnic clashes in the Central African Republic. He echoed his own earlier comments that "the early warnings of genocide are there." (23.08.2017)