The UN's aid chief Stephen O'Brien has briefed the Security Council on the ethnic clashes in the Central African Republic. He echoed his own earlier comments that "the early warnings of genocide are there." 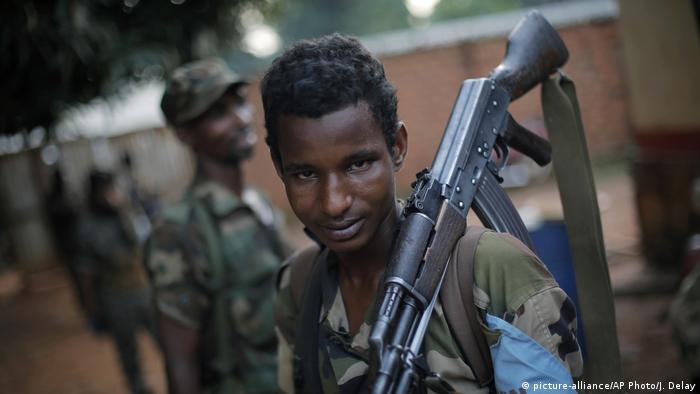 Aid chief Stephen O'Brien made the remarks during a closed-door meeting with the Security Council, requested by France, following his return from an official visit to the strife-torn country. O'Brien had said earlier this month on his return that "the early warnings of genocide are there."

In a country with a history of violent clashes between Christian and Muslim militia groups, O'Brien told the Associated Press news agency that he witnessed 2,000 Muslims holed up in a Catholic church in the southeastern town of Bangassou. After Christian militiamen burnt down the Muslim civilians' houses, they were "just lying in wait to kill them if they tried to move," he said, speaking to AP after briefing the Security Council.

The Central African Republic, one of the world's poorest nations, has been plagued by violence since a Muslim-majority "Seleka" rebels overthrew Christian President Francois Bozize in 2013. They were subsequently ousted by a French-backed military intervention, although this was followed by deadly reprisals by the so-called "anti-balaka" Christian militants on the country's Muslim population. Fighting between the sectarian groups for influence and natural resources has rarely ceased since, resulting in thousands of deaths and the displacement of hundreds of thousands of people.

"The escalation is very real," O'Brien said. "We're looking at things which we haven't heard about for a long time. There's a very deep ethnic cleansing approach."

The UN aid chief also pointed out that the number of displaced persons had increased by 40 percent from last year, up to 600,000 people in a country of 4.5 million.

Need to step up peacekeeping forces

The UN aid chief also stressed that the UN must bolster its force of 12,000 peacekeeping troops in the region, many of whom have become direct targets in the sectarian conflict.

O'Brien told the Security Council that he witnessed Muslim troops from Morocco directly targeted by Christian militiamen "who saw them as partial to protecting the Muslim community they were trying to get rid of." Violence targeting humanitarian actors had forced many of them to drop their duties, O'Brien added.

According to a diplomatic source, members of the Security Council proposed a visit to the impoverished country to better grasp the situation in the country.