Fighting between two ethnic groups in the Central Africa Republic has left 45 people dead and 11,000 displaced, according to Human Rights Watch. Civilians were the target in the reprisal killings. 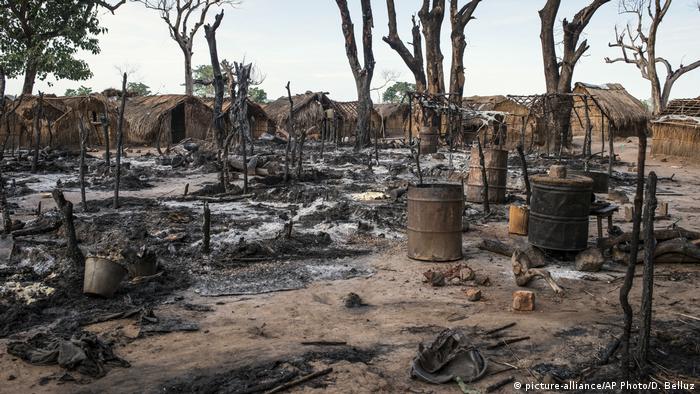 Both groups are fighting for control of the Ouaka central province, located at the border between the mainly Muslim north and the predominantly Christian south.

"Armed groups are targeting civilians for revenge killings in the central part of the country," said Lewis Mudge, a researcher at Human Rights Watch (HRW). "As factions vie for power in the Central African Republic, civilians on all sides are exposed to their deadly attacks."

The violence in the Central African Republic began in 2013, when a mainly Muslim rebel coalition called the Seleka toppled President Francois Bozize and went on looting and killing raids, prompting Christians to form the self-defense militias, known as anti-Balaka.

The United Nations approved a 13,000-strong MINUSCA peacekeeping force in April 2014 in the restive country. MINUSCA troops have been carrying out airstrikes in the Ouaka province to disperse the clashes. The peacekeepers are "mandated to hold the Central African Republic together," according to Mudge. "But obviously they are finding that difficult in the central part of the country," he added.

The fighting has been going on in the past three months, according to HRW. The two armed groups have continued to attack each other despite the deployment of 1,000 UN peacekeeping troops in the region. "This fighting since late 2016 has increased in voracity," Mudge told DW. "I do think our numbers are low, but the number [of civilian deaths] are actually quite higher."

Although the UPC and the FPRC are both Muslims groups, the latter has however aligned itself with the mainly Christian anti-Balaka group. 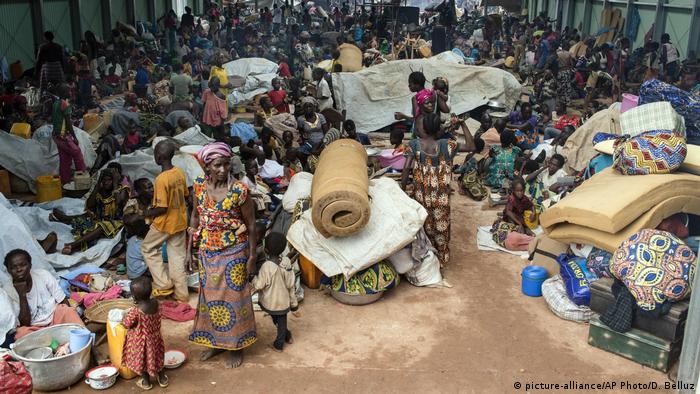 A fresh round of fighting erupted in mid-February when anti-balaka fighters ambushed a group of civilians on a truck in the village of Ndoussoumba. According to HRW, at least 16 Fulani civilians were killed.

"I saw at least 20 anti-Balaka attackers and many bodies on the ground," Asata, a witness to an attack, told HRW. "The anti-Balaka were shooting at us from a close distance with Kalashnikovs and homemade rifles."

Another witness identified only as Clement told HRW that UPC fighters shot four of his children dead including a seven-month-old baby during an attack in March. The rights body also said killings by the rival FPRC were also reported.

The HRW based its tally on interviews with residents in the town of Barbaric in April. It said the overall figure was likely higher since dozens of people are still missing. "We are seeing serious human rights abuses and potential war crimes occurring in the countryside," Mudge said in a DW interview.

The government of the CAR held talks with armed groups in late April seeking to speed up disarmament in the country. President Faustin-Archange Touadera has repeatedly stressed the importance of the Disarmament, Demobilisation and Reintegration program.

The CAR breathed a sigh of relief in March 2016 when Touadera won the election. The UN has reported that nearly 2.2 million people, more than half the population, are in dire need of food aid.

The UN and the Central African Republic have unveiled a new three-year humanitarian response plan. More than 2 million people are in need of humanitarian assistance. (14.01.2017)