UN peacekeepers have not adequately protected Central African citizens from brutal attacks. But Prime Minister Simplice Sarandji praised their mission in an exclusive DW interview and voiced hope for reconciliation. 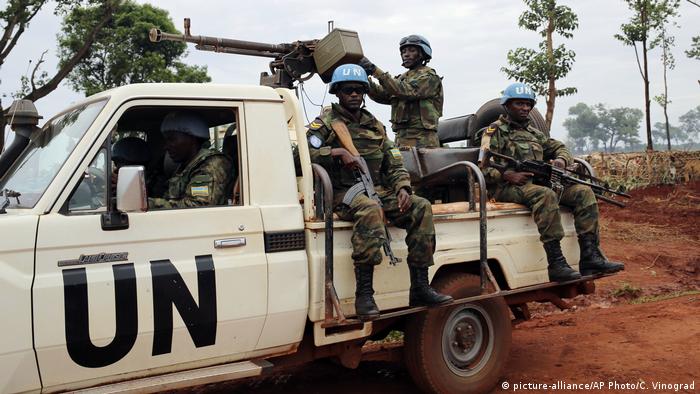 Not a word of criticism about UN soldiers was uttered by Central African Republic (CAR) Prime Minister Simplice Sarandji in an exclusive DW interview. "MINUSCA soldiers are vital, they are a major help in establishing peace in our territory. We are very grateful to the United Nations."

Sarandji welcomed UN Under-Secretary of Peacekeeping Operations Jean-Pierre Lacroix's calls for increasing the number of peacekeepers in CAR: speaking in Geneva last week, Lacroix said that more UN forces needed to be stationed in the Central African Republic in the face of growing violence. The UN under-secretary said that the UN Security Council must increase the number of peacekeepers deployed from the current mission size of 10,750 soldiers and 2,100 police officers. 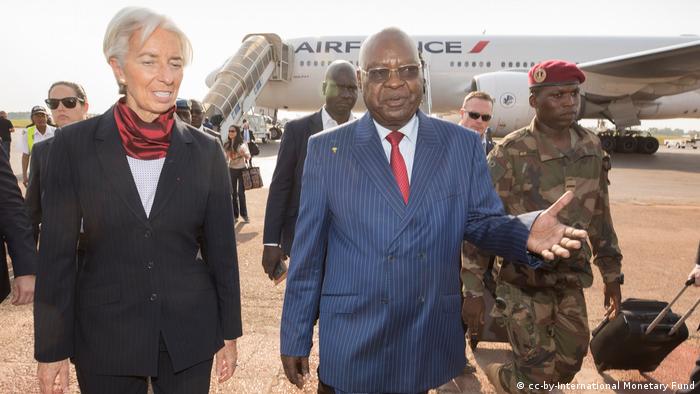 With that, the United Nations is reacting to criticism by Amnesty International and other human rights organizations claiming that the MINUSCA mission has failed to adequately protect citizens. Eyewitnesses in the Basse-Kotto prefecture in the south of the country have given accounts of brutal attacks and the targeted killing of Christians.

That lack of protection resulted in the massacre of at least 130 people in the city of Alindao this past June. UN peacekeepers stationed in the country arrived in the city a day after attacks began and in such small numbers that they could only provide for the defense of the city's hospital and a center for displaced persons.

Prime Minister Sarandji refused to accept the criticism, saying that it was unfair to place blame for the violence on MINUSCA peacekeepers. Adding that peacekeepers were doing everything possible within the framework of their mandate to protect citizens: "Imagine what would have happened if peacekeepers hadn't been there. Without the MINUSCA mission our country would descend further still into chaos."

More than any, armed groups are driving violence in the Basse-Kotto region, especially those that have split off from the Muslim-dominated Seleka military alliance. One such group is the Union for Peace in the Central African Republic (UPC). 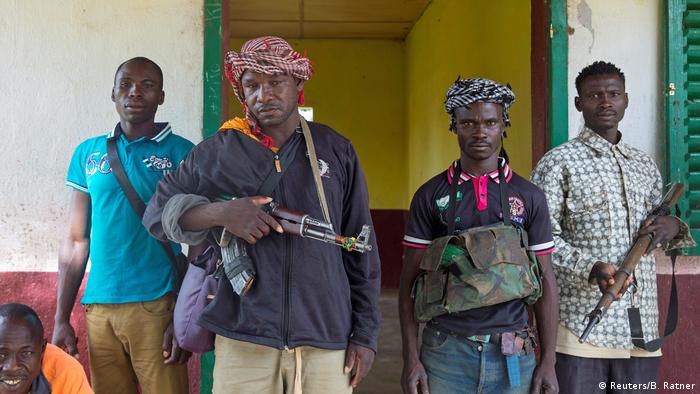 Just recently, Amnesty International cited eyewitness accounts claiming that UPC fighters had systematically raped men and women, often in front of their children. Afterwards the men were shot and babies beaten to death as their mothers were forced to watch.

Sarandji confirmed that the UPC is clearly using rape as a weapon of war. The most disconcerting aspect of the conflict, however, has been the increasing religious component that has fueled it since the fall of President Francois Bozize in March 2013. Since then, the country has been unable to find calm despite a number of peace accords. For weeks, theUN has been warning of pending genocide.

What is President Touadera doing?

Critics have accused Faustin-Archange Touadera, who was elected president of the Central African Republic in 2016, of inaction, passivity and failure. Central African citizens living in France have regularly organized demonstrations and vociferously demanded his resignation. He has not done enough, they say, to bring about reconciliation between warring factions. His critics add that he has failed in his attempts to create a framework for dialogue between rebel groups. 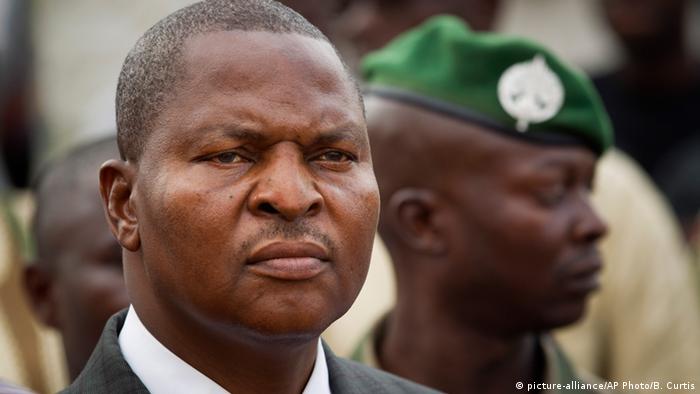 Prime Minister Sarandji rebuts such criticism: "Our president has repeatedly extended his hand and said 'sit down at the negotiating table, all of you, so that we can discuss our country's future.' Bringing about peace is not solely the responsibility of the head of state, the government or parliamentarians. Every citizen must also do his or her part."

Waiting for help from abroad

All the while, observers say that the economic situation in the Central African Republic is growing ever more disastrous. The European Union has repeatedly pledged millions of euros in aid to the troubled country at numerous donor conferences in Brussels. One of the EU's trust funds was christened "Bekou," which means "hope" in Sango, Central Africa's official language. The fund aims not only to deliver humanitarian aid but also to finance reconstruction and medium-term development projects.

The African Union has also repeatedly put Central Africa on its agenda. At its last meeting it was decided that a committee would be created and tasked with forging a plan to lead the country out of its ongoing crisis.

Sarandji continually emphasizes that it is important to recognize that responsibility for the violence lies, above all, in the country itself: "The most important condition for ending the violence is that people in our country open their hearts so that we can find true reconciliation." Only then can real peace be established, he says.

The UN's aid chief Stephen O'Brien has briefed the Security Council on the ethnic clashes in the Central African Republic. He echoed his own earlier comments that "the early warnings of genocide are there." (23.08.2017)