Charlie Hebdo and the demise of caricature | Culture | Arts, music and lifestyle reporting from Germany | DW | 07.01.2020 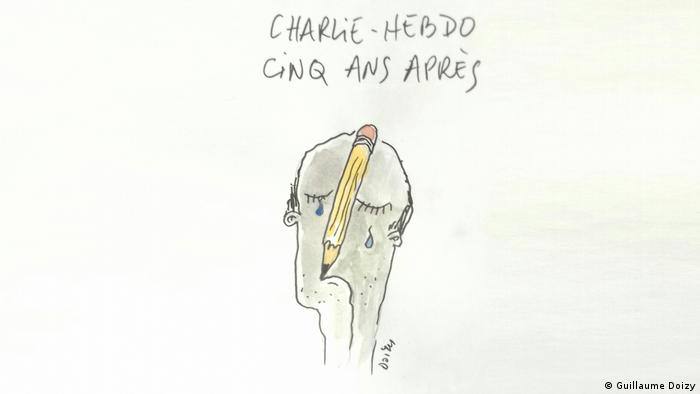 For the Charlie Hebdo staff, January 7, 2015 began like any other day with a discussion of topical issues at a morning conference. There was a cake on the table: One of the artists was celebrating his birthday. But at around 11:30, two men charged into the room and opened fire. Eleven people died from the bullets spewing forth from the kalashnikovs. Afterwards, the perpetrators ran out onto the street shouting: "Allah is great. We have killed Charlie Hebdo. We have taken revenge for the sake of the Prophet Mohammed."

The attack by the brothers Chérif and Saïd Kouachi, theretofore known to the police as minor criminals in Parisian suburbs, was on a newspaper that had dared to publish caricatures of Mohammed. 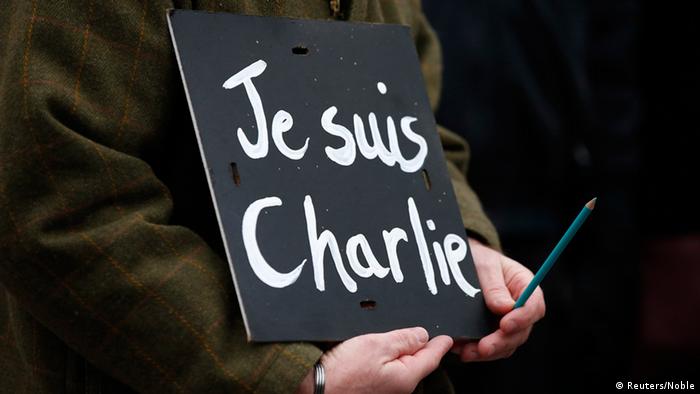 After the bloody attack, the world was awash in a wave of solidarity. The slogan "Je suis Charlie" (I am Charlie), was heard everywhere. A few days after the massacre, more than four million people took to the streets nationwide in France to take a stand for freedom of opinion and against terrorism. In Paris, then-President Francois Hollande led a procession with heads of state and government from all over the world. 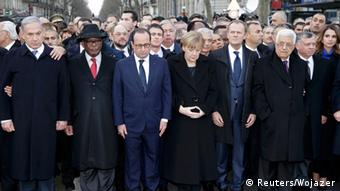 Heads of state and government mourning in Paris

'Soldiers on the battlefield'

Cartoon artists were shocked as well. Mourning for colleagues was mixed with rage, recalls the Berlin caricaturist Bernd Pohlenz. Having created the portal "toonpool," a collection of about 300,000 cartoons by 2,500 artists from 120 countries, he is in touch with artists worldwide. "After the Paris attack, artists were in shock, paralyzed. At no wish of their own, they now saw themselves as personnel in a war between two irreconcilable, opposite worlds," he told DW.

"For not a few artists, their medium had suddenly become a weapon. Artists felt like soldiers on a battlefield," added Pohlenz. Yet nearly all caricaturists returned to their normal activities after a few weeks, without a trace of self-censorship.

Guillaume Doizy, a French historian and caricature specialist who has delved into the history of press drawings, takes a similar view. "After the attack on freedom of expression," he says, "people wanted to launch a counterattack."

The war had begun earlier, with the fatwa issued against Salman Rushdie, the author of the 1988 novel The Satanic Verses.

A number of protests and violent acts by Muslims came in its wake. Through his fatwa, the Iranian religious leader Ayatollah Khomeini had called for the author's death — backing up his demand by describing the book as "against Islam, the Prophet and the Koran." 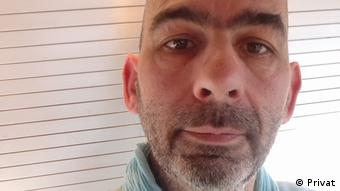 The first international scandal over caricatures occurred in 2005, when the Danish newspaper Jyllands-Posten published 12 caricatures of Mohammed. The images were later republished in Norway. Having received death threats, two of the artists were forced to hide.

In 2008, Danish security forces discovered plans to murder Kurt Westergaard, one of the Mohammed caricaturists. Two years later, he only narrowly escaped an attack by a suspected Islamist.

Nonetheless, Guillaume Doizy was eager to stress to DW that most Muslims can only smile about religious caricatures — and if they are enraged, then no more than Christians or Buddhists if those religions are depicted satirically. "But there is always a small group that exploits such a situation in order to impose their religious views and manipulate people," says Doizy. Then the choice is clear: take a stand and proceed.

One week after the attack, the surviving Charlie Hebdo staff created a new issue. The title picture showed a lonely Mohammed carrying a "Je suis Charlie" sign, with the title "All is forgiven." 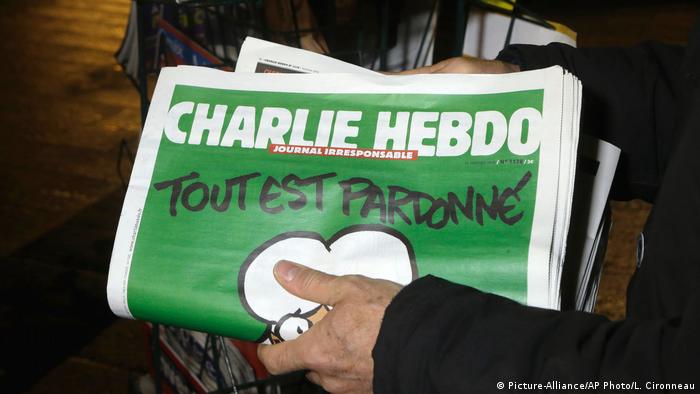 The satire newspaper's circulation temporarily shot up into the millions — before January 7, it had had only a niche audience. There was also a new German version for a while.

Meanwhile, sales have declined, and the German version was cancelled. Many people are suspicious of humor, and that not only goes for Islamists, says Riss, whose real name is Laurent Sourisseau. A survivor of the attack, he is the publication's current editor in chief. The newspaper will celebrate its 50th birthday in 2020 — at an undisclosed location and under police protection. The satire business remains a struggle. 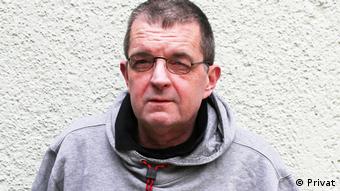 Beginning with the uproar over the Danish caricatures and coming to a head with the attack on Charlie Hebdo, satirical drawings have been in the public attention, said Guillaume Doizy. Every overly critical publication is bound to generate a media outcry.

"Press drawings are under an unlucky star, and 2019 was a particularly bad year," says Claire Carrard, the president of the association named Cartooning for Peace. Her claim refers to the renowned daily New York Times' discontinuation of all caricatures in its international edition in mid-2019 after one drawing was perceived as anti-Semitic. It showed US President Donald Trump wearing a kippa and leading Israeli Prime Minister Benjamin Netanyahu like a dog on a leash.

Guillaume Doizy says the New York Times made its decision not solely on the basis of content. He sees caricature in newspapers as an endangered species. "Press drawings were a vehicle of the 19th and 20th centuries," he says. "Nowadays people want to see photos and videos."

With circulation in decline and in an era when uproars in the internet are virtually guaranteed, publishers avoid angering their readers and advertisers. "The number of verbal attacks — insults, threats and intimidation — is much, much higher than it used to be," confirms Juliane Matthey, press representative at Reporters Without Borders.

Do caricaturists have a future? Yes, says Bernd Pohlenz. Cartoonists are offering their art on red-hot issues and are increasingly finding themselves in partnership with art centers, galleries and museums. "Caricaturists are very creative there."

The mass shooting at the French satire magazine "Charlie Hebdo" shook Europe. But despite the outpouring of solidarity, there's no consensus about the limits of artistic freedom of expression. (06.01.2017)

A court has sentenced Hikmet Cetinkaya and Ceyda Karan to two years in jail for republishing cartoons of the Prophet Mohammed from the French monthly Charlie Hebdo. The verdict has raised questions about press freedom. (28.04.2016)

Turkish satirical magazine Leman is under constant fire. Editor-in-chief Tuncay Akgün talked to DW about its close relationship with Charlie Hebdo, one year after the deadly terror attacks on its French counterpart. (07.01.2016)