Salman Rushdie tackles the windmills of Trump's USA with 'Quichotte'

In his latest novel, shortlisted for the Booker Prize, the author of "The Satanic Verses" offers an outlandish take on today's trash TV, opioid crisis and racism inspired by Cervantes' classic. Here's how critics see it. 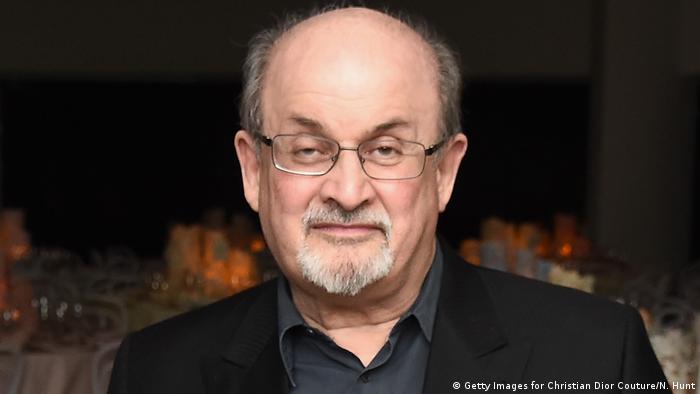 Salman Rushdie is renowned for integrating countless references to classical and contemporary culture in his works. His three latest novels directly pay tribute to classics of literature: His 2015 work, Two Years Eight Months and Twenty-Eight Nights, is an homage to the collection of Middle Eastern folk tales One Thousand and One Nights; the novel that followed in 2017, The Golden House, refers to The Golden Ass by Apuleius, the only ancient Roman novel in Latin that survived in its entirety.

Now with Quichotte, published on September 3 in the US, the British Indian author of Midnight's Children and The Satanic Verses tackles Miguel de Cervantes' Don Quixote, known as the world's first modern novel.

Instead of being set somewhere in La Mancha, Rushdie's modernized version of the Spanish tale takes place in Trumpland, in "the Age of Anything-Can-Happen," and depicts the quest of an aging India-born traveling salesman who has fallen in love with a former Bollywood star who has meanwhile turned into a popular TV host. The man goes on a journey across the US to meet her.

The salesman and his imaginary son, Sancho, are fictional creations of "a mediocre writer of spy thrillers" called Sam DuChamp, who is also dealing with his own challenging mid-life crisis problems.

Shortlisted for the 2019 Booker prize, Rushdie's latest novel has nevertheless obtained mixed reviews. The New York Times critic feels Rushdie's formula is getting old. The Guardian writes that the exploration of our era's fusion of facts and fiction "is not uninteresting territory for a writer to delve into, but Quichotte is too restless and in love with itself to be anything other than a symptom of the malaise it laments."

On the other hand, Quichotte has been praised by The Sunday Times as "one of the cleverest, most enjoyable metafictional capers this side of postmodernism," while the starred appraisal of Kirkus Reviews describes it as "Humane and humorous. Rushdie is in top form, serving up a fine piece of literary satire."

Likewise awarding the novel a starred review, the Library Journal summarizes its verdict as follows: "This incisively outlandish but lyrical meditation on intolerance, TV addiction, and the opioid crisis operates on multiple planes, with razor-sharp topicality and humor, delivering a reflective examination of the plight of marginalized personhood with veritable aplomb. Highly recommended."

We speak with the writer about the Paris attacks, freedom of speech and the fight against IS. (23.11.2015)

For decades, Rushdie dealt with death threats for his book "The Satanic Verses," yet it hasn't stopped him from speaking his mind. On June 19, the brave author turns 70. (19.06.2017)