An Indian court has ruled there is enough evidence for former United Nations climate chief Rajendra Pachauri to be tried on sex crime charges. A former colleague has accused him of stalking and intimidation. 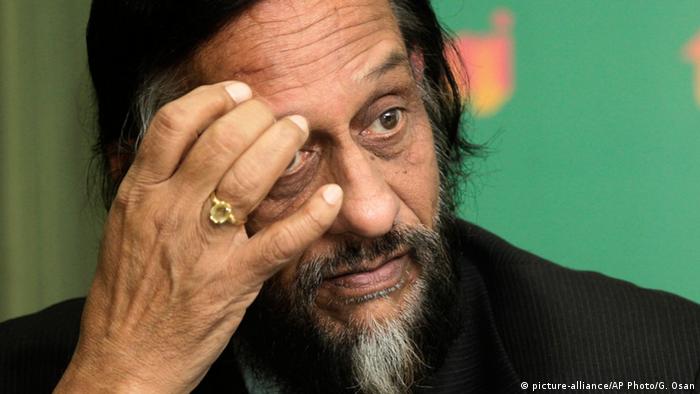 Former United Nations climate chief Rajendra Pachauri will stand trial in a sexual assault and harassment case, after an employee accused him of inappropriate conduct.

Police registered the case against Pachauri after the 29-year-old female colleague accused him three years ago of sexual harassment, stalking and criminal intimidation.

The pair worked together at a New Delhi environmental think tank that he headed for more than three decades.

The alleged victim, a 29-year-old research analyst, has accused him of unwanted physical contact and sending inappropriate texts and emails.

Pachauri has denied the allegations, insisting that his emails and mobile phone were hacked.

His lawyer Ashish Dixit said there was no case against him and he will fight the charges, the Press Trust of India news agency reported.

He resigned from both the UN Intergovernmental Panel on Climate Change and his own organization after the scandal went public.

Earlier, an internal committee at his own think tank had found him guilty of misconduct.

Pachauri, a veteran climate change expert, took the helm of the IPCC — considered the world's authority on climate science, in 2002.

Five years later. he accepted the Nobel Peace Prize on the IPCC's behalf, which the panel shared with former US Vice President Al Gore. Pachauri was elected to a second term in 2008.

If convicted, he faces two years in jail.

The sentence is one of the first under a new law allowing for speedy trials and death penalties for child rapists. The brutal rape of the class 2 student in June sparked angry protests. (21.08.2018)

From Kenya to Mexico dynamic groups of women are banding together to take on issues that plague their lives - sexual harassment, violence and inequality – using vigilantism and digital technology to usher in change. (08.03.2016)