The chief of the UN panel on climate change, Rajendra K. Pachauri, has quit following a sexual harassment complaint. Pachauri had been heading the panel for 13 years and also received the Nobel Peace Prize on its behalf. 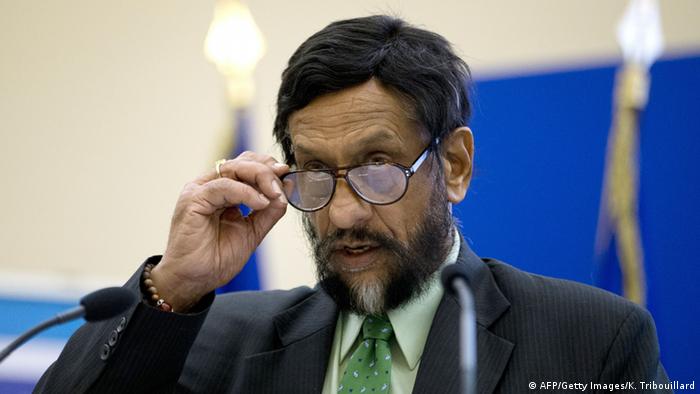 Rajendra K. Pachauri, head of the United Nations Intergovernmental Panel on Climate Change (IPCC), was announced to have quit on Tuesday amid an investigation into allegations of sexual harassment.

The IPCC "needs strong leadership and dedication of time and full attention by the chair in the immediate future, which under the current circumstances I may be unable to provide," Pachauri wrote in a letter to UN Secretary General Ban Ki-moon.

Pachauri, who headed the IPCC for 13 years, was being investigated after a 29-year-old woman accused him of sexually harassing her while they worked at The Energy Resources Institute (TERI) in New Delhi, also headed by the 74-year-old.

Pachauri has denied the allegations.

A police report said the female researcher provided them with text messages and emails, which were allegedly sent to her by Pachauri. A court in New Delhi ordered the former UN official to cooperate with the authorities. Officials were also looking into a second case of sexual harassment.

Accusations against the former climate change head caused outrage in India, where women are slowly becoming comfortable with reporting cases of sexual harassment.

In 2013, an editor of an Indian magazine was arrested after a colleague accused him of assaulting her in a hotel elevator during a conference.

The fatal gang rape of a student in New Delhi last year triggered outrage and protests across India. One year after the crime, lawyer Pinky Anand says victims of sexual violence feel more confident to speak out. (16.12.2013)

The credibility crisis facing the UN's climate panel over errors in its 2007 report has cast a shadow on IPCC chair Rajendra Pachauri. Now, top researchers in Germany are among those calling for his resignation. (10.02.2010)