Industry leaders and refugees are underwhelmed by the EU's agreement to grant trade concessions to Jordanian manufacturers who hire Syrians. Hannah Patchett reports from Amman. 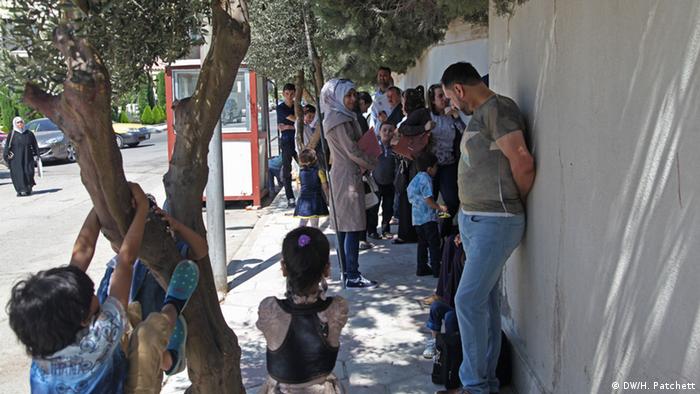 "Where are the Syrians?" asked Sanal Kumar, Jordan's leading garment exporter, after a failed recruitment drive to hire refugees at his factory.

Kumar says he coordinated with the refugee agency UNHCR in June to hold two recruitment fairs for Syrian refugees in the northern Jordanian city of Irbid. "We were ready at that time to take 500 people… Maybe 14 or 15 people came," he told DW. Even fewer returned.

The EU in July granted trade concessions to Jordanian manufacturers, but to qualify, at least 15 percent of the exporter's workforce must be Syrian, rising to 25 percent after three years.

Kumar, who employs 16,000 workers at Classic Fashions in Al Hassan Industrial Estate, has so far managed to hire four Syrians.

The idea - to facilitate the trade of refugee-made products in Europe - was supposed to create 150,000 manufacturing jobs for Syrians, while boosting foreign investment in Jordan and slowing the flow of refugees to European shores. 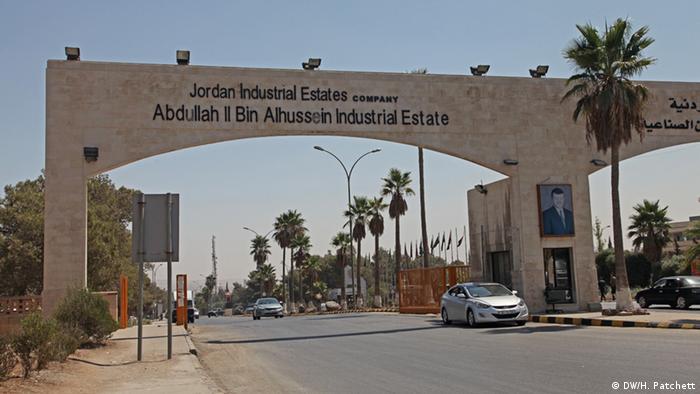 "How is it going? Nothing is going," says Kumar, asked about the agreement's impact on the ground. "If there are Syrians who want to work, please contact us. Conducting meetings, conducting seminars - it means nothing to me unless someone can bring those people into factories… I'm not overwhelmed by this deal."

Manufacturers at Al Tajamouat Industrial City, 20 kilometers east of Amman, say they have given up on the deal because "it's impossible" to find Syrian employees.

Oryana Awaisheh, the executive manager of the largest factory on the estate, Jerash Garments and Fashions Manufacturing Company, says that after trying for two months, "we failed to get one single Syrian worker."

"We were very excited about the deal… we found buyers in Europe. Unfortunately we need 15 percent Syrians in our workforce. We expected to get them easily but the reality - it was totally the opposite," she told DW.

According to Awaisheh, her company, and most others in industrial zones, provide workers with free buses, as well as food, social security and health care. Some Syrians were willing to work at the plant but refused to be registered in Jordan's social security system. "This is against our policy," she said. Social security registration is compulsory for all workers in Jordan.

The industrial city's investor services officer, Rania Hijazeen, says Syrians fear their financial assistance will be cut if they work legally. "The Syrians want to stay at home. Our factories offer a JD190 (237 euros, $267) basic monthly wage, some offer overtime and bonuses. They say, 'We take this to stay at home'... They prefer to take money under the table."

Trade unionist Mervat Al Jamhawi agrees that losing access to aid is the main deterrent for Syrians, but says that cultural issues are also a factor. "There are a lot of families, they are conservative, they don't want to send their daughters to work in these factories. They have fears about this," Al Jamhawi, a representative of the garment workers' union, told DW.

Companies unable to recruit enough Syrians are excluded from the EU's deal, but other restrictions also minimize the agreement's impact, according to the Jordan Strategy Forum (JSF), an organization that represents private sector companies.

The EU has in the meantime relaxed its "rules of origin," allowing Jordanian companies to produce goods from imported material and label the finished products as "Made in Jordan," qualifying them for duty free trade.

The trade concessions are welcome in Jordan, a country with few natural resources whose export industry has also suffered from the closures of borders with Iraq and Syria, which cut off lucrative markets and trade routes.

"Relaxing the rules of origin was a necessary step," says Hala Zawati, CEO of the JSF. "It will open a market for Jordan that has not been tapped into properly." Jordan's imports from the EU reached nearly 4 billion euros ($4.5 billion) in 2015, while its exports to Europe amounted to just 383 million euros.

But the relaxed rules only apply in designated zones and to selected sectors such as clothing and furniture manufacturers - others such as food production industries are excluded. "We believe that the impact would be faster if industries that are capable of exporting to Europe today, and able to expand and hire more employees today, were included in the deal," Zawati told DW. 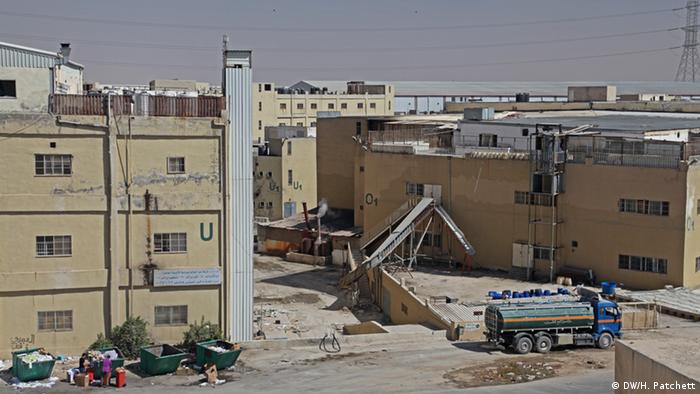 JSF senior research analyst Eman Al Araj, who surveyed factory owners for a report on the trade agreement, doubts that companies would relocate to benefit from the agreement. "Many factories in the sample that we interviewed said that given all the costs associated with production, they don't that think their products are competitive in the European market in terms of price, so this is inhibiting them from wanting to expand."

The EU says the agreement could be widened to include companies outside the zones, if Jordan created 200,000 jobs for Syrians. "Yes, but don't forget, 200,000 jobs is not an easy task at all…. The current Jordanian labor force is around 1 million, and 200,000 is 20 percent of that," Al Araj told DW.

Add to that the 14 percent unemployment rate among Jordanians, and "it's a big challenge for Jordan to employ 200,000 Syrians," said Zawati.

For Awaisheh, the challenge of employing Syrians means she has had to postpone sales to European buyers. "It was only a dream. It was a joke. There is no European agreement," she said.

Opinion: Vladimir Putin's sham referendums in Ukraine are a sign of weakness