Angela Merkel has presided over a time of great influence and economic success. Germany has assumed a more prominent role in the world - and its unassuming chancellor has become a political heavyweight. 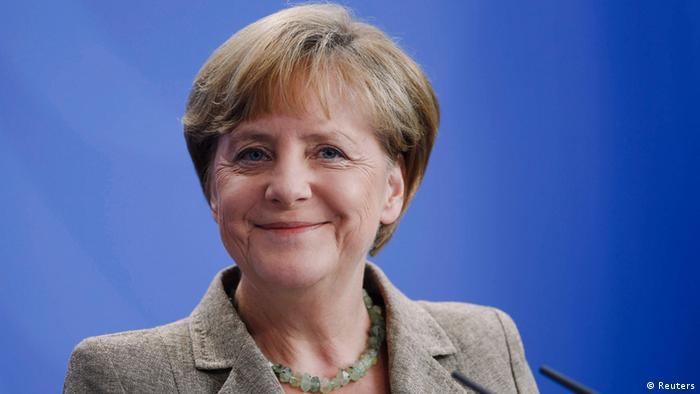 Angela Merkel, leader of Europe? Just a few years ago, this didn't seem likely. On the contrary, in the first few years of her nearly nine-year tenure as chancellor, the question was often asked whether a woman from the former East Germany was suited for the post.

But German Hollywood director Roland Emmerich was apparently convinced of her abilities quite early on. In his 2009 blockbuster "2012," humanity has to be saved from annihilation in Noah's Ark-like ships. The Europe ship is helmed by a Merkel-like chancellor who speaks in the name of the other states. Yet at the time the film was made, it wasn't even clear Merkel would be returned to power in the 2009 election.

It turned out that Emmerich's assessment was correct: Merkel became one of the leading voices in Europe. In the May 28 issue of "Forbes" magazine, she was named the world's most powerful woman - for the fourth year in a row. "Time" magazine has named her one of the 100 most influential people in the world for the sixth time.

Of course, this would not have been possible without national success. She enjoys a good reputation in Germany and tops the popularity scale for politicians published by news magazine "Der Spiegel." 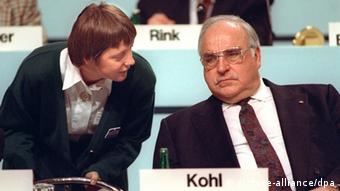 Once the underling of former German chancellor Helmut Kohl, Merkel is now a leading politician

Young people, and not just voters or members of her party, the Christian Democratic Union, see her as a role model. Reasons given for this include Merkel's authenticity: she hasn't changed much despite having gained power.

She is what she is, at times aloof or displaying silent, pursed-lip disapproval. She is rather unemotional and ever-focused on the task at hand. She is no show-off.

Outwardly as well, she radiates stability: she has only very cautiously made changes to her clothing and hair, which she famously used to cut herself. She offered herself to Germans as a dependable pilot through crisis years. Her key message was: After the crisis, things will be even better for Germany than before.

Her plan has worked out: Unemployment numbers are down and Germany has continued to grow economically. Merkel is now in her third term as chancellor - an undisputed leader of her party, which she has molded over the years according to her preferences.

Some cringe at the question of who could fill her shoes, since there is no obvious answer. Perhaps it could be the current defense minister, Ursula von der Leyen, although she is controversial even within her own party.

From problem child to model student

Step by step, Merkel - who holds a degree in physics - has increased her power, in Germany and beyond. Once Germany had overcome the worst part of the crisis, Merkel took to the European stage. She modified her message to include all of Europe. She zeroed in in a void within the European Union: a lack of politicians who wanted to, or could, take the reins. 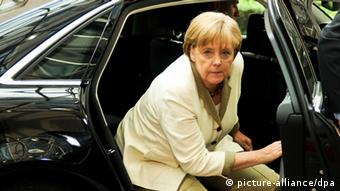 Merkel is not afraid to have her say in international affairs

Of course, she had to take some hits along the way. But, as in Germany, her opponents disappeared over time for different reasons. With German economic might once more behind her, Merkel's voice gained weight in Europe, even though as the largest contributor to the EU budget, Germany's voice was already powerful.

Over the course of the crisis, the gap between Europe's largest economic power and the other national economies increased once again. Germany - which at the turn of the millennium was considered a "problem economy" - has become the continent's model student.

And it feels this give it the right to tell others what to do. In their dealings with the eurozone crisis, Merkel and Finance Minister Wolfgang Schäuble have been guided by their conviction that European bailout funds can only go to finance-stricken countries if these agree to large-scale reforms.

This approach has been recently praised by Hillary Clinton, the likely front-runner in the 2016 US presidential election. When asked on a German talk show why she thought Merkel has become so powerful, Clinton replied by saying Merkel had successfully led Europe through the financial and debt crisis. A number of other politicians around the world see things the same way.

Germany is striving for a balanced budget, even as southern European countries are still inturmoil from the eurozone crisis. But in the course of the Ukraine crisis and the NSA scandal, including the most recent spying affair, Germany has gained a yet more prominent role on the international stage.

Supported by German Foreign Minister Frank-Walter Steinmeier, Merkel mediated between Moscow, Kyiv, Berlin, Brussels and Washington. This prevented a large-scale escalation of the Ukraine crisis and softened the economic consequences through a level-headed approach to sanctions. Just like in the eurozone crisis, Merkel took the lead to resolve the situation. 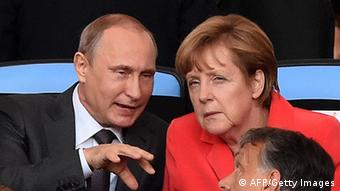 Despite the Ukraine crisis, Merkel speaks to Putin

Now, Germany has been the only country to set up an inquiry to investigate the scale of espionage by intelligence agencies. The German government recently expelled the top CIA representative in Germany. Merkel is walking the fine like between attracting America's attention to German issues and maintaining good transatlantic relations.

For some time now, a rumor has been going around in Berlin's political circles that Merkel would like to find a new role when her present term in office ends in 2017.

One of the options mentioned is UN Secretary-General. Merkel has denied this, clearly not wanting to discuss such possibilities for political and strategic reasons. But it is an imaginable scenario - and the UN is allegedly keen to find a leader who could push through necessary reforms.

At this stage, Merkel is silent about her plans for the seventh decade of her life. Perhaps Emmerich's latest film - the sequel to the science fiction hit "Independence Day" - will provide an answer. The movie doesn't deal with national, European or international problems, but with intergalactic ones.

German Chancellor Angela Merkel has praised bilateral trade ties between China and Germany at a meeting with Chinese Prime Minister Li Keqiang. However, she also asked for broader market access for German firms. (07.07.2014)