While Europeans view Germany as in the ascendancy, French and British power is viewed as "in decline," a new survey has revealed. Many worry about long-term prospects and fear Brussels is "out of touch" with citizens. 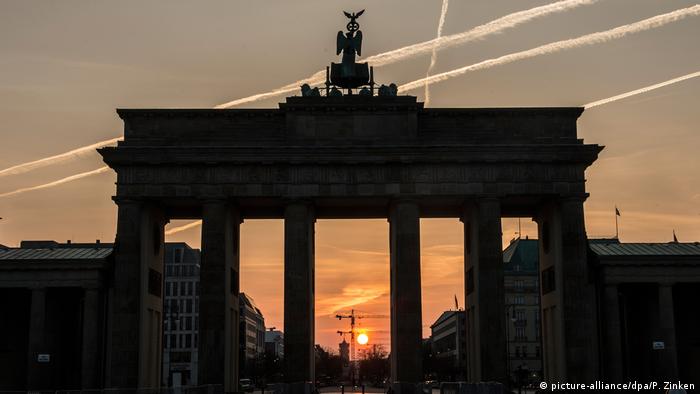 In a survey published late Tuesday by the Pew Research Center, nearly half of all respondents in 10 EU member states said Germany plays a more important role in the world that it did a decade ago.

"There is a sense in Europe that while German power is on the rise, French and British power is stagnant or in decline," the center said.

The view across Europe:

For the vast majority of EU citizens in 10 member states, the bloc promotes peace, democratic values and prosperity.

Respondents in Poland and Spain gave the highest overall ratings for the EU, while those surveyed in Greece and the UK had the lowest opinion of the Brussels-based organization.

However, that doesn't mean there weren't issues with the EU. An average of 62 percent of respondents said the EU is out of touch with its citizens. A majority held this view in eight of the ten countries polled.

Only those in Germany (49 percent) and Poland (42 percent) saw the situation differently.

However, the migration crisis triggered a political crisis across Europe that continues to have an impact today. The survey found that there are "strong concerns about immigration in some countries."

"Majorities or pluralities in most nations want fewer immigrants allowed into their country," the institute said. "Many do see upsides to immigration, however, including the view that immigrants make their country stronger through their hard work and talents."

The EU has set up various measures to curb unauthorized migration. One of them is offering more legal pathways to the European Union with the help of resettlement pledges. As a data analysis shows, this is not working. (28.11.2018)