The court found that German authorities did not violate the parental rights of the Wunderlich family by forcing their children to attend school. Homeschooling has been illegal in Germany since 1919. 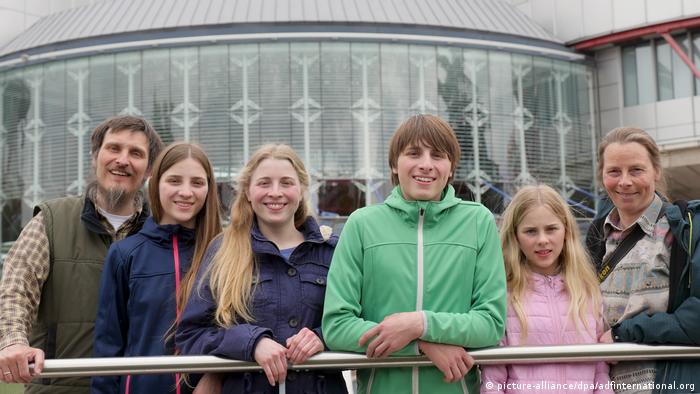 The European Court of Human Rights (ECHR) on Thursday ruled against a German family from the state of Hesse that has been fighting for years for the right to homeschool their children, a practice that is illegal in Germany.

The Wunderlich family had argued that the government had violated Article 8 of the European Convention on Human Rights, which guarantees protection for the privacy of home and family life, by forcing their four children to attend a local school.

The court found, however, that the family had not provided sufficient evidence that the children were properly educated and socialized, and that a government removing children from their parents to ensure they receive an education did not violate Article 8.

In their ruling, the ECHR also noted the troubling statement by father Dirk Wunderlich that implied children were the "property" of their parents.

"The authorities...have a duty to protect children," due to "reasonably held concerns," the court noted.

'The most horrible day'

"August 29, 2013, as 40 officials stood before our door, was the most horrible day for us," Dirk Wunderlich told DW. He said the authorities were contacted by neighbors who claimed he had said he would rather kill his children than send them to school.

"What nonsense," said Wunderlich, calling the accusations "invented." Their children were returned to them after three weeks.

Wunderlich and his wife, Petra, are both gardeners, who themselves graduated from a normal high school, which they attended "not reluctantly," Dirk said.

But school has changed since his day, Wunderlich has argued. He believes that now, teachers do less in the classroom and expect children to do most of their work and learning as homework anyway. He further emphasized that he and his wife taught their children with the assistance of a Christian distance-learning school, and had offered to have the relevant authorities check up on them at any time.

He has disputed the allegations that his offspring were not properly socialized, highlighting their participation in various clubs and organizations. He added that he believed the family circle to be the best environment for children.

Dirk Wunderlich said they had considered moving to an EU country in which homeschooling is legal, such as France, but he said they were not allowed to move as they didn't have full custody of the children at that time.

Obligatory schooling has been part of German law continuously since 1919, and is enshrined in several state constitutions as well.

"A general exemption from compulsory education for pedagogical or religious reasons is not allowed," the Conference of German Culture Ministers (KMK) told DW. The rare exceptions are for severe illnesses, the children of diplomats, and in rare instances for working children, such as child actors.

The KMK said it believes there are between 500 and 1,000 cases of parents homeschooling their children across Germany.

While private schooling exists in Germany, it is far less common than in many other countries; German private schools also broadly follow the curriculum of the state where they're based.