Homeschooling has been illegal in Germany for most of the 20th century. But a decision in the United States granting asylum to a German homeschooling couple has revived an ongoing debate on the freedom of education. 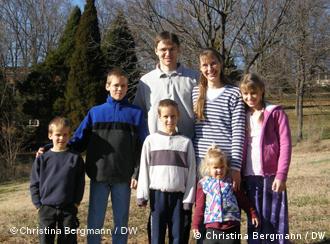 The Romeike family has lived in Tennessee since 2008

An American judge on Tuesday granted asylum to a German couple who wanted to homeschool their children, bringing international attention to the debate in Germany over the rights of parents to freely educate their children.

"Homeschoolers are a particular social group that the German government is trying to suppress," Burman was quoted as saying. "This family has a well-founded fear of persecution … therefore, they are eligible for asylum."

The Romeikes moved with their five children to Tennessee in August 2008 and applied for asylum shortly thereafter. 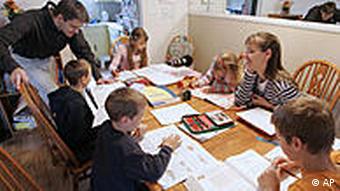 The parents identify themselves as evangelical Christians and say religion was the primary reason why they chose to homeschool their children. Hannelore Romeike said public education can never be neutral.

"During the last 10-20 years the curriculum in public schools has been more and more against Christian values," she told the Associated Press. "We communicate our values, the teachers communicate theirs, and if the kids are at school, we cannot have an influence on what they learn."

Atlanta-based German consul Lutz Goergens declined to comment directly on the Romeike case, but he pointed out that German parents can send their children to private or religious schools as an alternative to public schools.

While religious homeschoolers are often covered in the media, they don't represent all German homeschooling families, said Dagmar Neubronner, a publisher and therapist in Bremen who moved her children from Germany to France to homeschool them.

Neubronner told Deutsche Welle when her children were in public schools they often complained of not having enough academic freedom and of noise and disruptions from classmates.

"Our children didn't thrive in school," she said. 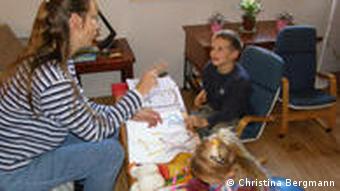 Bruegelmann says all children should be exposed to diversity of opinion

After attempting to get permission from German courts to homeschool her children, she says, she was threatened with fines and jail time. It was then that she and her husband decided to move their children to France where they could legally homeschool them.

When asked whether homeschooled children have difficulty integrating into society, Neubronner said those claims were "not proven by reality."

"Just look around to all those countries where homeschooling is permitted," she said. "You don't find a group of ex-homeschoolers who fail in life."

The German laws mandating public-school attendance date back to Germany's first experiment with democracy in 1919, according to Hans Bruegelmann, an education professor at the University of Siegen.

Bruegelmann said previously private education was only available to the elite, and that the public-school mandate was a clear political choice.

"The school is an embryonic democracy and will help to integrate children and young people coming from different backgrounds into the democratic culture," he said.

Integration into democracy and learning to get along with those who hold opposing opinions are important skills that children cannot learn when homeschooled, Bruegelmann said, and that is especially true with highly religious parents.

"They should not have the right to indoctrinate their children," he said. "It's important for children, besides the experience they make at home, which is respected, to have access to other sources of understanding the world."

When asked about Germans' opinions on the public school mandate, Bruegelmann said he thought most Germans supported it.

He admitted, however, that he could not say whether that was because they truly believed in it or if it was simply what they were accustomed to.

German family fled to US for educational freedom

Germany is normally a country people seeking asylum go to. But one young, religious German family has left their homeland for the United States so that they could teach their children as they see fit. (01.02.2009)

As thousands of students rallied in cities across Germany against reforms to the tertiary education system here, the country’s state education ministers surfaced from a meeting with a pledge to rework the new format. (10.12.2009)

This fall, German schools could find themselves short some 40,000 teachers, according to a teachers' organization, which recommends importing German-speaking teachers from eastern Europe as a stopgap measure. (21.07.2009)