The European Union's top court has found that Germany can refuse welfare payments to unemployed EU citizens. The court had been asked to weigh in on the case of a Romanian woman living in Germany. 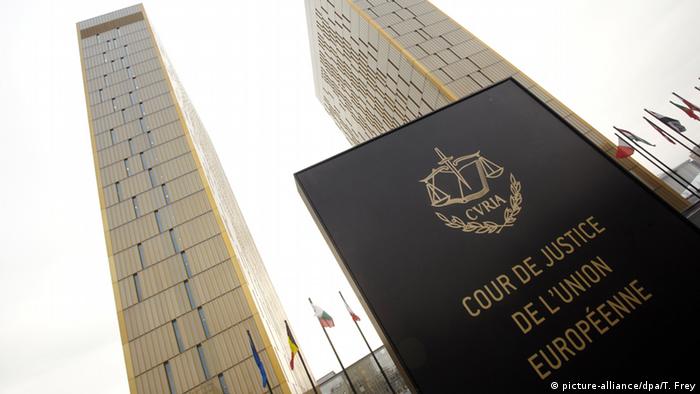 The European Court of Justice (ECJ) said on Tuesday that Germany could refuse to pay out basic welfare benefits to citizens of European Union countries if it is determined that they traveled to the country with the sole intention of drawing benefits.

The preliminary decision from the Luxembourg-based court related to the case of a Romanian woman who has lived in the eastern German city of Leipzig since at least November 2010.

According to the authorities, the woman in question, who has only a minimal grasp of German, was not seeking employment either in Germany or Romania when she applied for the long-term unemployment benefit known as Hartz IV. After her application was refused, the woman, who is receiving child benfits for her son, took the local authorities to court over the matter.

Under German law, citizens of other EU states are excluded from Hartz IV benefits.

The court found that EU regulations require that immigrants without a source of income have "sufficient resources of their own" in their first five years they spend in a different member state.

"A member state must ... have the possibility of refusing to grant social benefits to economically inactive union citizens who exercise their right to freedom of movement solely in order to obtain another member state's social assistance," a statement released by the court said.

Merkel's EU is not a social welfare union

"The EU is not a social union." With those words, Angela Merkel entangled herself in an EU debate on "social welfare shopping." Critics say she's sending the wrong message. (23.05.2014)

EU citizens can move freely from country to country and seek work wherever they want. For British Prime Minister Cameron this is going too far. But changes to the EU treaties would be extremely difficult. (07.01.2014)