Merkel's EU is not a social welfare union

"The EU is not a social union." With those words, Angela Merkel entangled herself in an EU debate on "social welfare shopping." Critics say she's sending the wrong message. 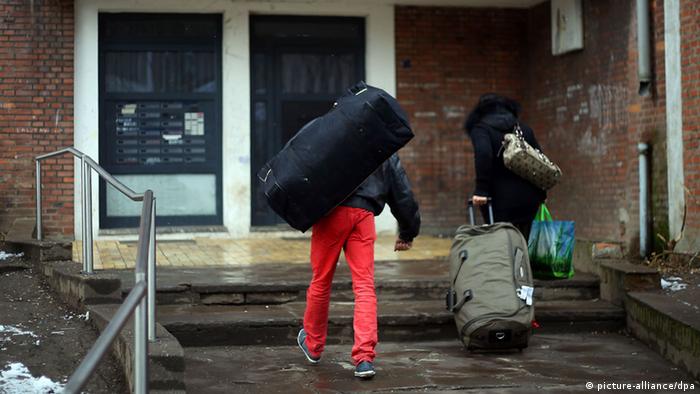 Is Germany facing a wave of immigration from poorer EU member states whose citizens want to reap the benefits of a generous social welfare state? Hardly any other topic has been as bitterly disputed in the current European election campaign.

"The increase in immigrants from Bulgaria and Romania has totaled 141 percent since 2007," warned Andreas Scheuer, the general secretary of Bavaria's Christian Social Union (CSU), in an interview with the Rheinische Post daily.

"We have to eliminate in advance the wrong incentives - that people are drawn by the benefits of our social system, and come here for that reason."

Rarely has Germany been such a magnet for immigration: According to OECD statistics, more than 1.2 million moved to Germany in 2013, with two-thirds originating from countries outside the EU.

That puts Germany in second place behind the US. 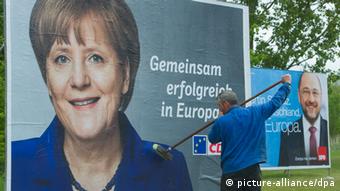 "Given the good economic development for us, and the poor situation in southern Europe, that was to be expected," said migration expert Herbert Brücker in an interview with DW.

For many Germans, such news inspires both positive and negative sentiments, the latter related to fears the country's social welfare package is proving to be the pull-factor.

New immigrants, however, do not have immediate access to those benefits, even if they come from EU countries. German law allows authorities to deny providing the so-called Hartz-IV unemployment package to those coming to Germany to look for a job.

That regulation was confirmed by the European Court of Justice (ECJ) this week. Germany, according to the ECJ's advocate general, can protect itself from misuse of its social welfare system by migrants.

'Not a social welfare union'

The case in question involved a Romanian woman living in Germany whose application for Hartz-IV benefits was denied on the basis that she was not searching for a job. A final verdict will likely come later this year. 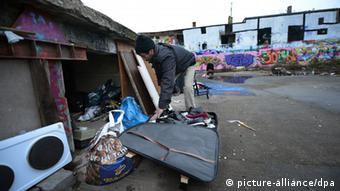 The ruling is a success in Berlin's eyes. The German government has now announced its intention to tighten the rules one notch further: EU residents who are discovered to have committed welfare fraud are to be banned from traveling to Germany for five years. The tougher law would also apply to family allowances, which in Germany can amount to 184 euros ($251) per child per month.

"The EU is not a social union," said German Chancellor Angela Merkel in an interview with the Passauer Neue Presse daily.

Opposition politicians reacted negatively to Merkel's statement. "This is an attempt, shortly before European elections, to raise a populist debate that is utterly baseless," said the Green Party's social welfare spokesperson, Wolfgang Strengmann-Kuhn.

When DW spoke with Strengmann-Kuhn, he added that Merkel's words were "an attack on social Europe," and that Merkel was now preventing an improvement in social standards throughout the EU. Merkel's coalition partner, the Social Democrats, also distanced itself from her words.

But to what extent do non-Germans actually empty the country's welfare purse? The government statistics office clarified the issue this week. Of the 33 billion euros handed out last year to Hartz-IV recipients, just 1.7 billion went to the 300,000 EU nationals living in Germany.

"If you look at [the numbers] more closely, you find that the vast majority of people who receive social security benefits here are the so-called 'topper-uppers'," says Strengmann-Kuhn. "In other words, they do have work, but don't earn enough to be able to live from it - and then receive supplementary Hartz-IV benefits."

The real problem, he added, is that many eastern European workers are often paid two or three euros per hour. 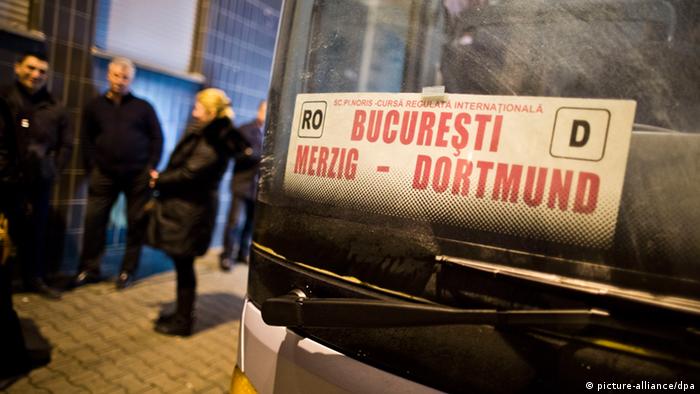 The bus runs from Bucharest, Romania to Dortmund, Germany

Germany's cities and communities, however, some of which directly suffer the effects of impoverished eastern European immigrants, had words of praise for the federal government's plans to tighten laws on welfare fraud.

"It's the right signal to prohibit EU citizens from reentry into Germany upon the abuse of social welfare," said the head of the German association of cities and communities, Gerd Landsberg, in an interview with the Ruhr Nachrichten daily.

Landsberg also called for tougher conditions on family allowance payments to long-term immigrants and seasonal workers from EU countries - and questioned whether such payments should be made at all for those raising their children outside of Germany.

'Germany must take on a multi-ethnic identity'

The Gogan family moved from Romania to Germany via Italy. Like many other EU immigrants in search of better opportunities, they've discovered starting over isn't always easy. (05.03.2014)

The number of people seeking asylum in Germany has risen to its highest level in 14 years with a jump of about 64 percent in 2013. The figures come amid a spat over the rights of new migrants to claim welfare benefits. (10.01.2014)